Romay Davis looks on as she is honored with a parade for her 101st birthday in Montgomery, Ala., on Wednesday November 4, 2020. (Mickey Welsh / Advertiser/TNS)
November 08, 2020 Brad Harper - Montgomery Advertiser
Share
Tweet
Flip

The boat crested a wave that seemed a mile high and then started to plunge. Romay Davis looked over the edge as the bow dropped. The trough looked bottomless. Davis had never been on the ocean before, now she was headed to France to serve in WWII as part of an all-Black, all-female Army unit.

Car trips made her sick, but here on the ocean the nausea never hit. She clung to the ship and took it all in. “I was just enjoying it because I had never seen anything like it,” Davis said.

On Wednesday, a birthday parade made up of city and state officials, volunteers, neighbors and fellow veterans waved to Davis as the 101-year-old Montgomery resident watched, eyes wide over her mask. Still taking it all in. 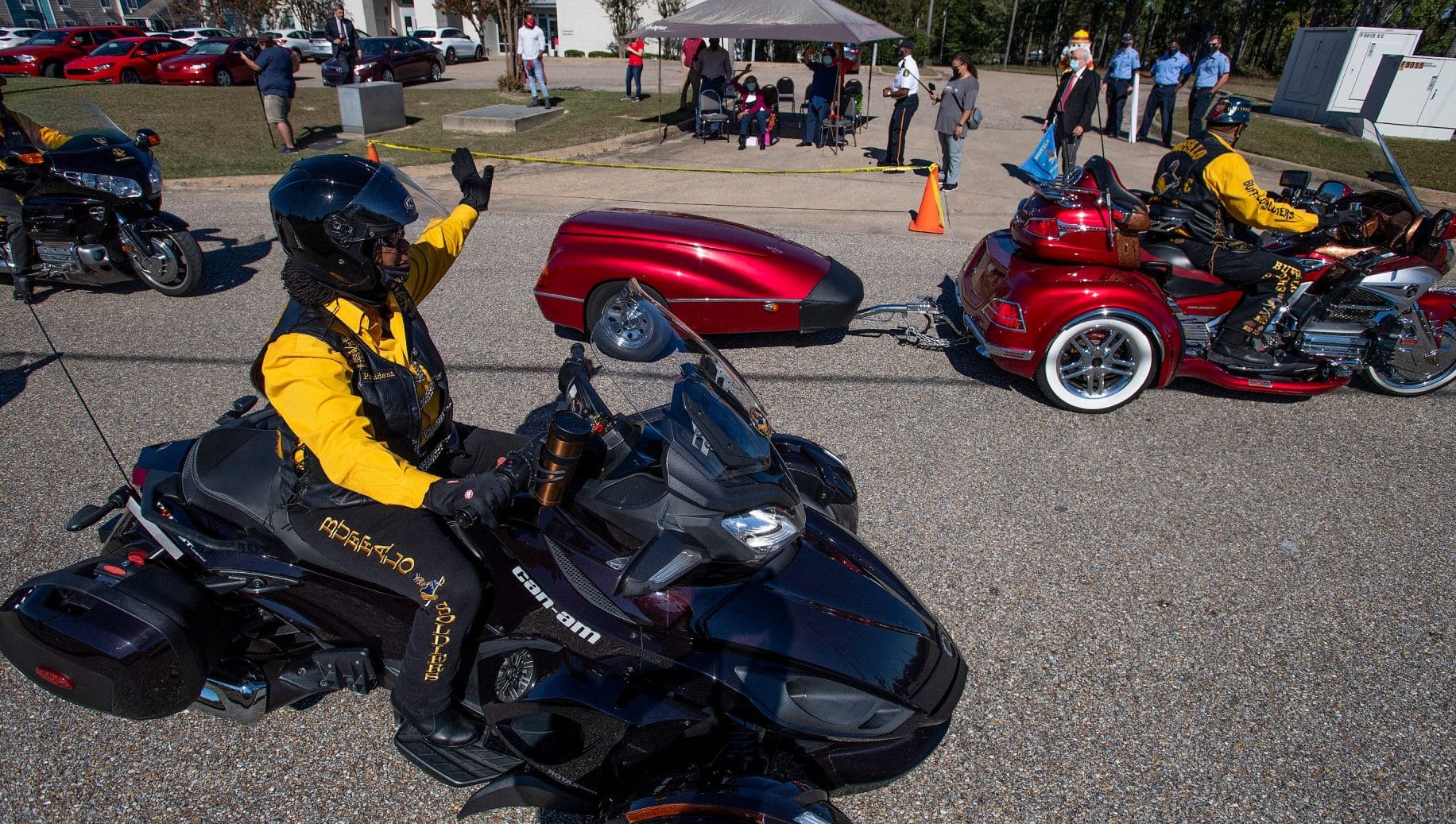 Members of the Buffalo Soldiers Motorcycle Club take part in a parade to honor her 101st birthday of Romay Davis in Montgomery, Ala., on Wednesday November 4, 2020.
(Mickey Welsh / Advertiser/TNS)

“I’ve appreciated everything – every smile, every hand clap, every appearance,” she said. “… It’s wonderful, really wonderful. I don’t know how I’m going to sit still.”

Davis’ birthday was last week, but Hurricane Zeta blew through Montgomery that day and canceled her celebration. So, volunteers and veteran advocates organized Wednesday’s drive-by parade.

Dozens of residents lined up to join a procession led by Montgomery police and fire/rescue workers, American Red Cross volunteers, and state and local veterans’ groups. Members of the all-Black Buffalo Soldiers Motorcycle Club rumbled into place behind them. 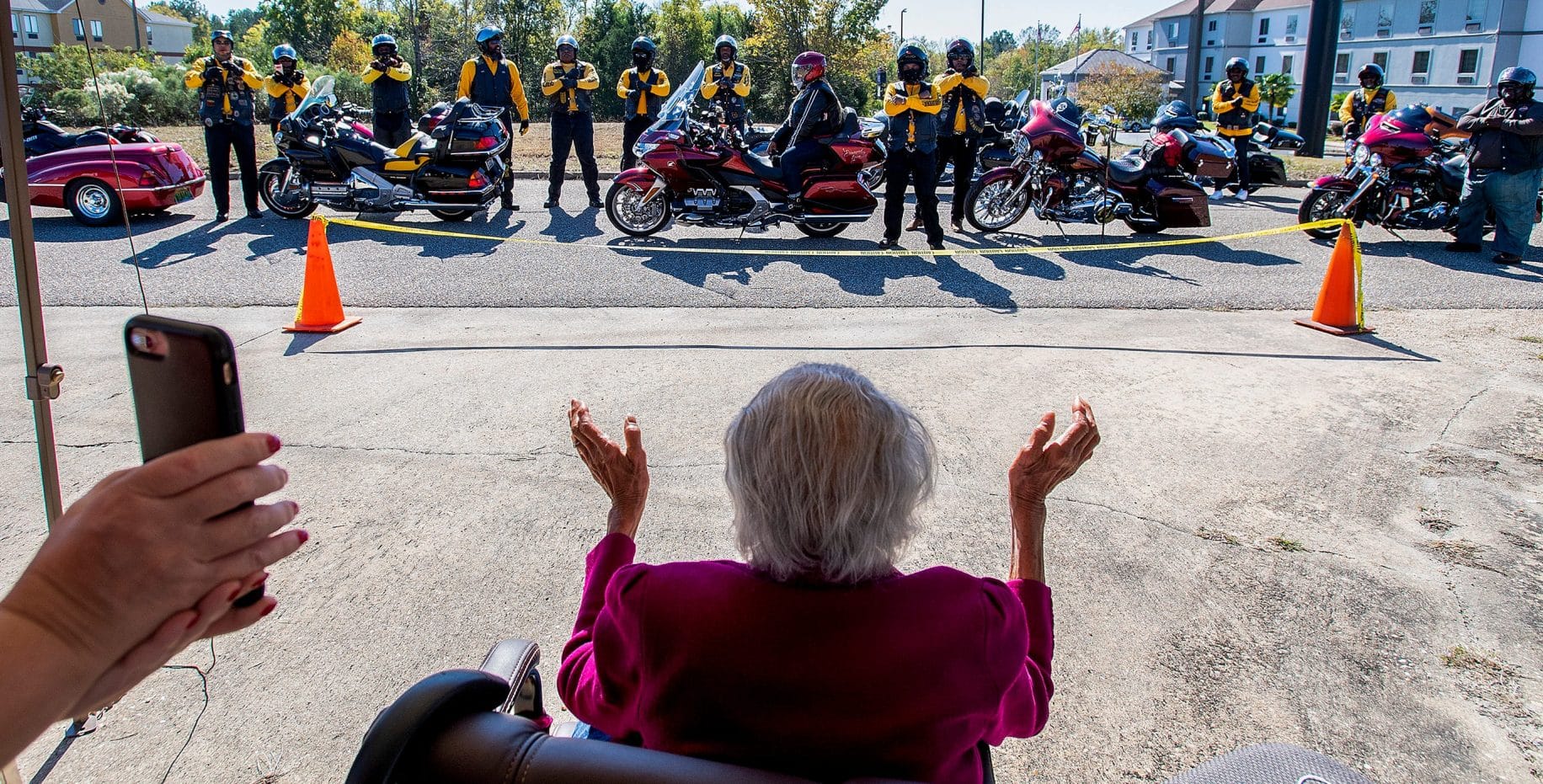 Members of the Buffalo Soldiers Motorcycle Club pause to wish Romay Davis happy birthday as they take part in a parade to honor her 101st birthday in Montgomery, Ala., on Wednesday November 4, 2020.
(Mickey Welsh / Advertiser/TNS)

Davis served in a battalion with a unique challenge during WWII. A shortage of soldiers in the postal unit had led to six-month a backlog of millions of pieces of mail. Once in Europe, she and the other Black women in her unit processed an average of 195,000 pieces of mail each day and cleared that backlog in three months.

Army Secretary Mark Esper issued a meritorious unit commendation for her battalion. The document was presented to Davis after the parade and noted the unit’s professionalism and dedication to duty, and their impact on “the morale and welfare” of servicemembers across Europe during WWII. She was also presented with a personal commendation from Gov. Kay Ivey, and Montgomery Mayor Steven Reed — the city’s first Black mayor – proclaimed her birthday Romay Davis Day. 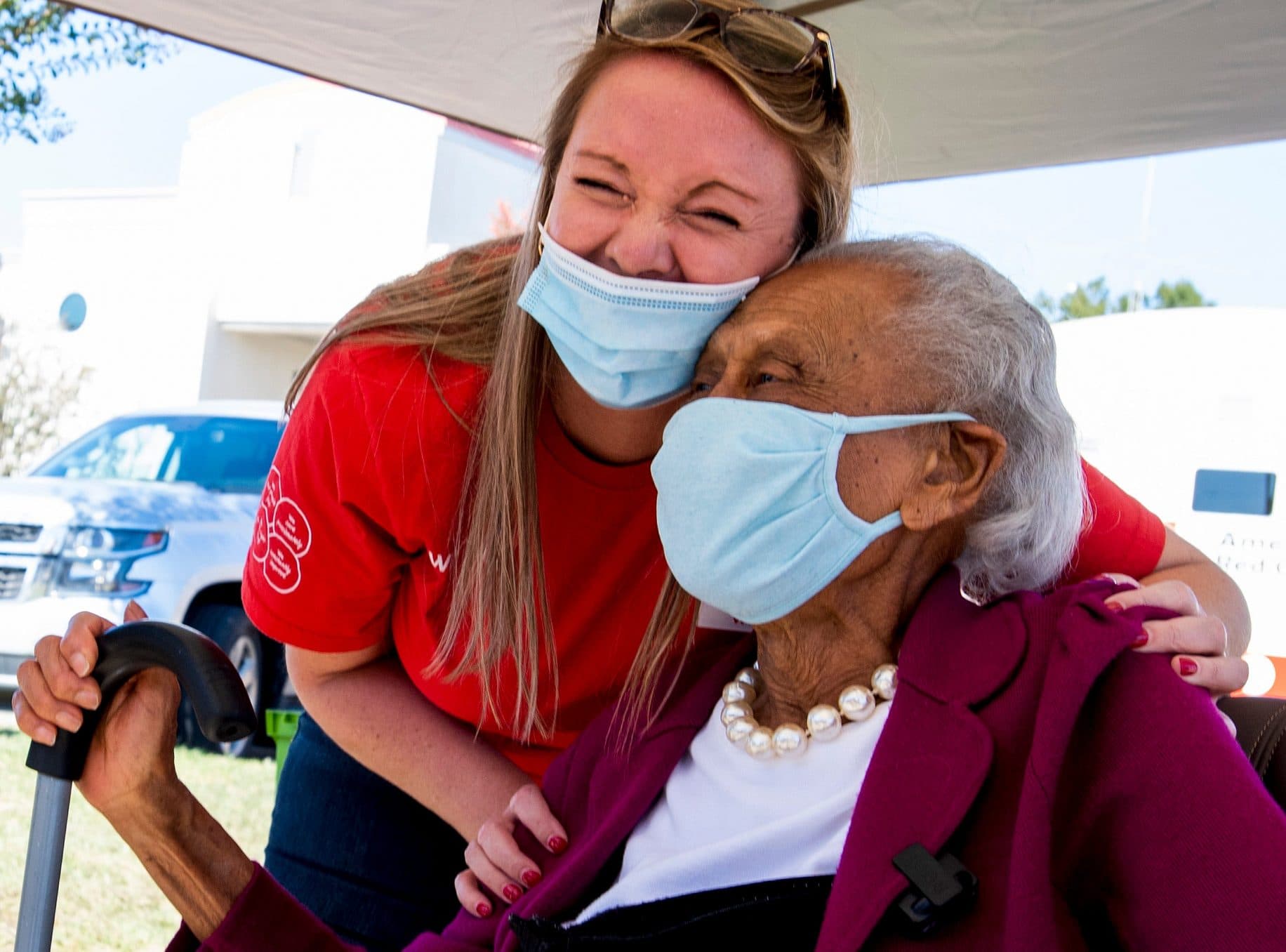 After the Army, Davis went on to a career as a fashion model and artist. She earned a black belt in taekwondo in her 70s, and took a job organizing shelves at her local Winn-Dixie grocery store in Montgomery when she was 81. She’s now worked there 20 years. They convinced her to limit her work trips to one day a week during the pandemic and arranged for her to work in the back of the store to keep her away from visitors and co-workers. 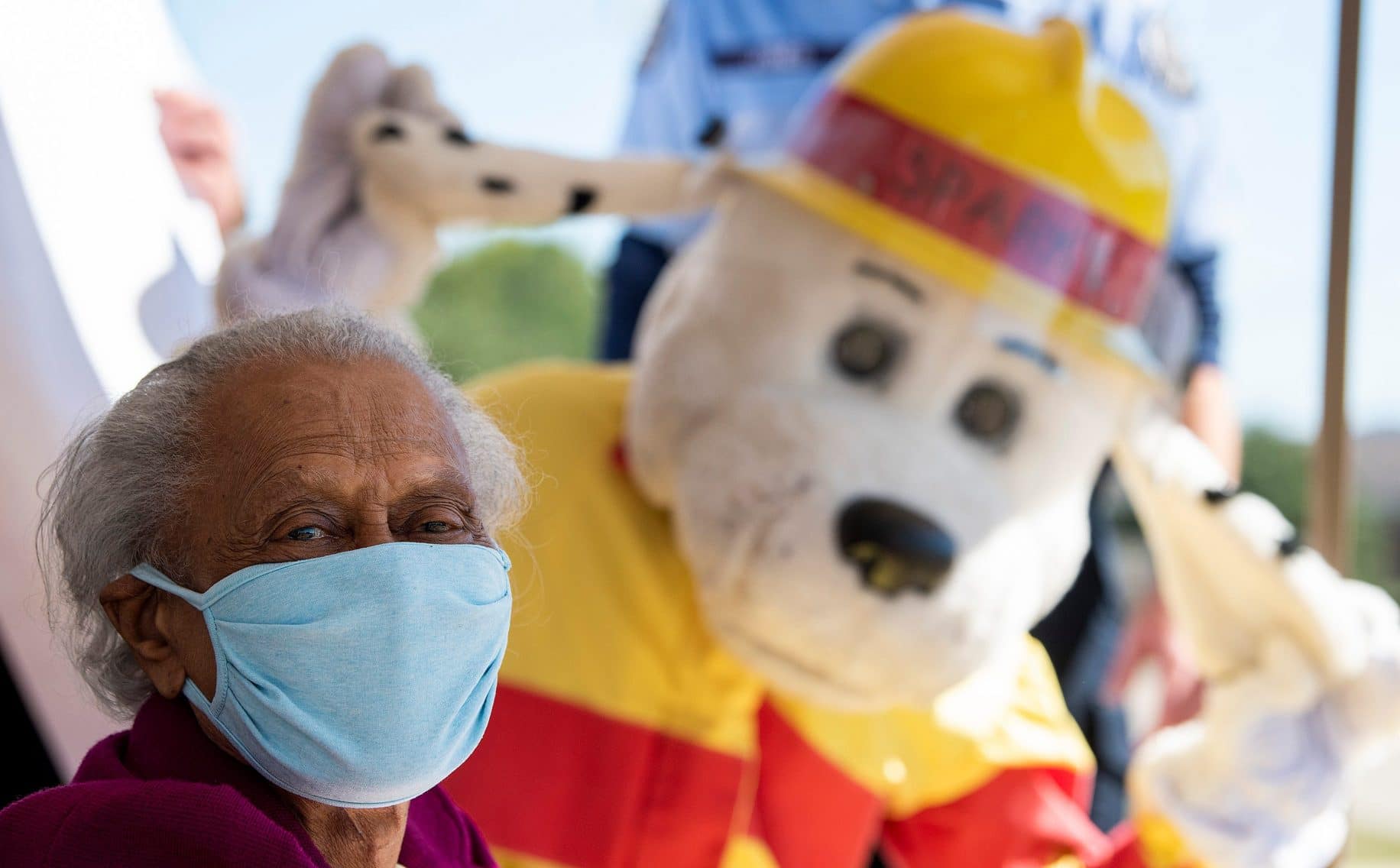 Romay Davis sits with Sparky the fire dog as she watches a parade held to honor Davis’ 101st birthday in Montgomery, Ala., on Wednesday November 4, 2020.
(Mickey Welsh / Advertiser/TNS)

Davis has fought through scoliosis pain to stay busy but said she felt strong after Wednesday’s parade. She refused a walker and stood on her own for a photo with volunteers.