Lake County authorities on Friday afternoon handed off Kyle Rittenhouse to police in Wisconsin, where he faces charges stemming from the fatal shooting of two men and the wounding of a third during August protests in Kenosha, officials said.

Rittenhouse’ lawyers had argued that he shouldn’t be extradited because the charging documents were insufficient. They also argued that sending him across the border would violate his constitutional rights. 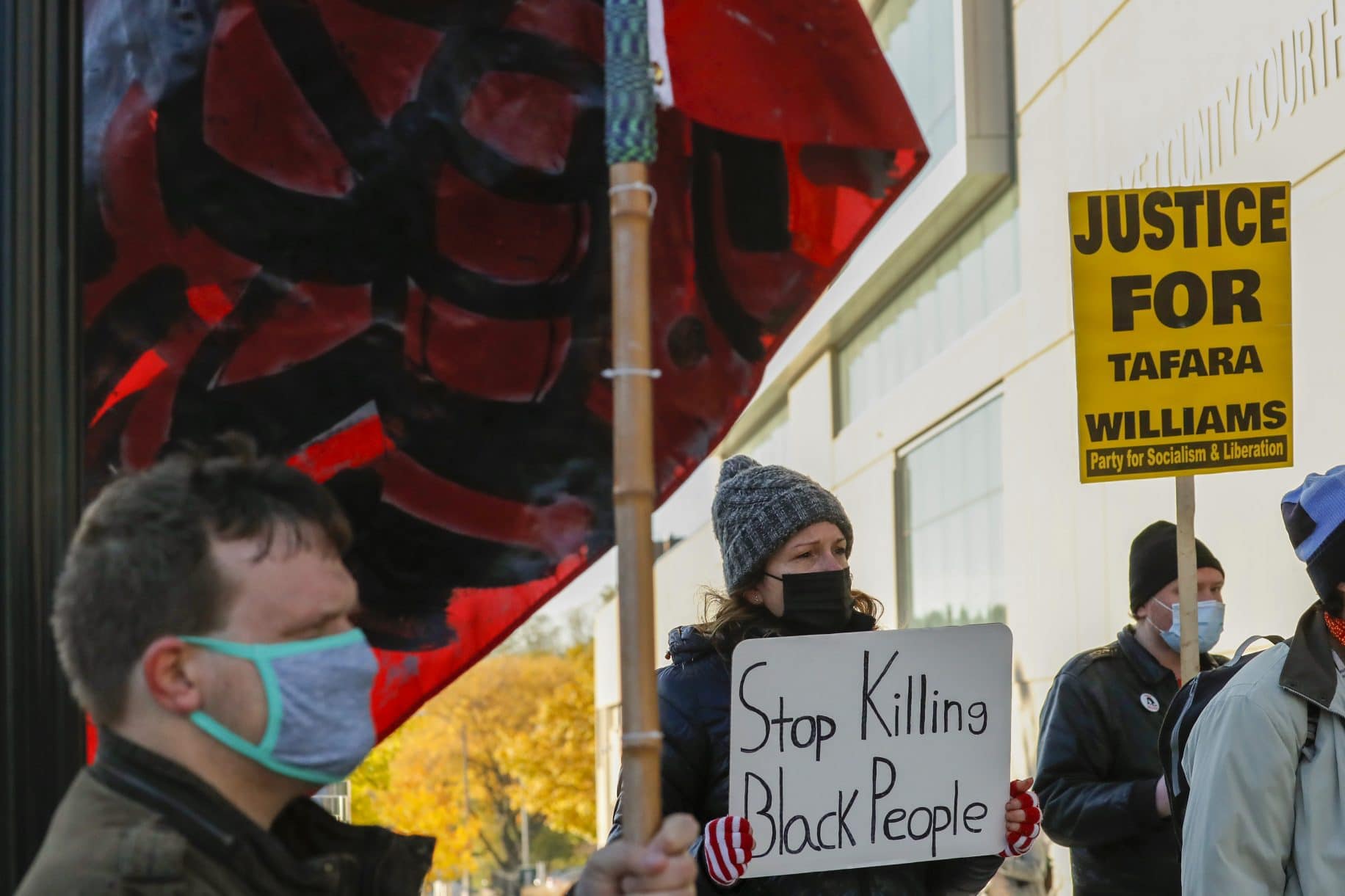 Lake County Judge Paul Novak sided with prosecutors, finding the legal paperwork in order and writing that constitutional challenges to the charges should be raised in Wisconsin, not Illinois.

Novak’s ruling came a few hours after he presided over a morning hearing on the issue. Unlike prior hearings in Rittenhouse’s extradition case that were conducted online, the judge held this one in person. Rittenhouse sat flanked by several police officers a few feet from his mother, Wendy Rittenhouse, in a courtroom where journalists and spectators were kept several feet apart because of the coronavirus pandemic. The teen, who did not speak audibly, wore a light blue shirt, dark tie and a mask over his nose and mouth. 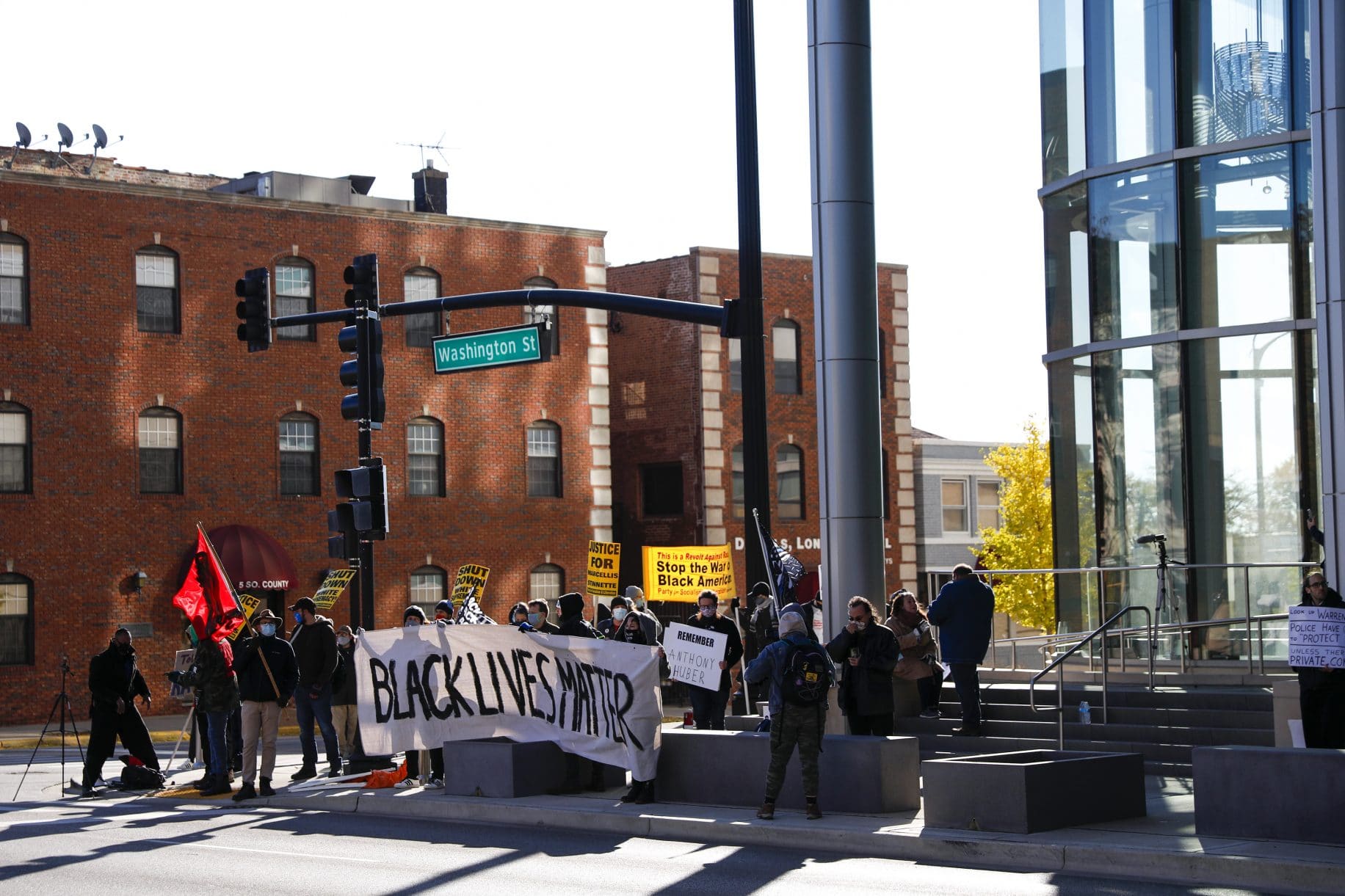 Video from the scene of the protests showed Rittenhouse apparently trying to surrender to police in Kenosha after the shootings but they didn’t arrest him. He was arrested the next day in Lake County and has been held without bail in the juvenile facility for two months.

Extradition proceedings typically are technical matters that don’t focus on the substance of the alleged crimes, but Rittenhouse’s lawyers have tried to block his transfer by arguing he fired in self-defense and is the target of a political prosecution.

In a filing before the hearing, the teen’s lawyers indicated they might call his mother to testify “regarding the circumstances of his arrest.” That did not happen Friday, however, and his lawyers also did not call expert witnesses they had indicated they might put forth. Those witnesses had been expected to attack the investigation and probable cause for prosecution. 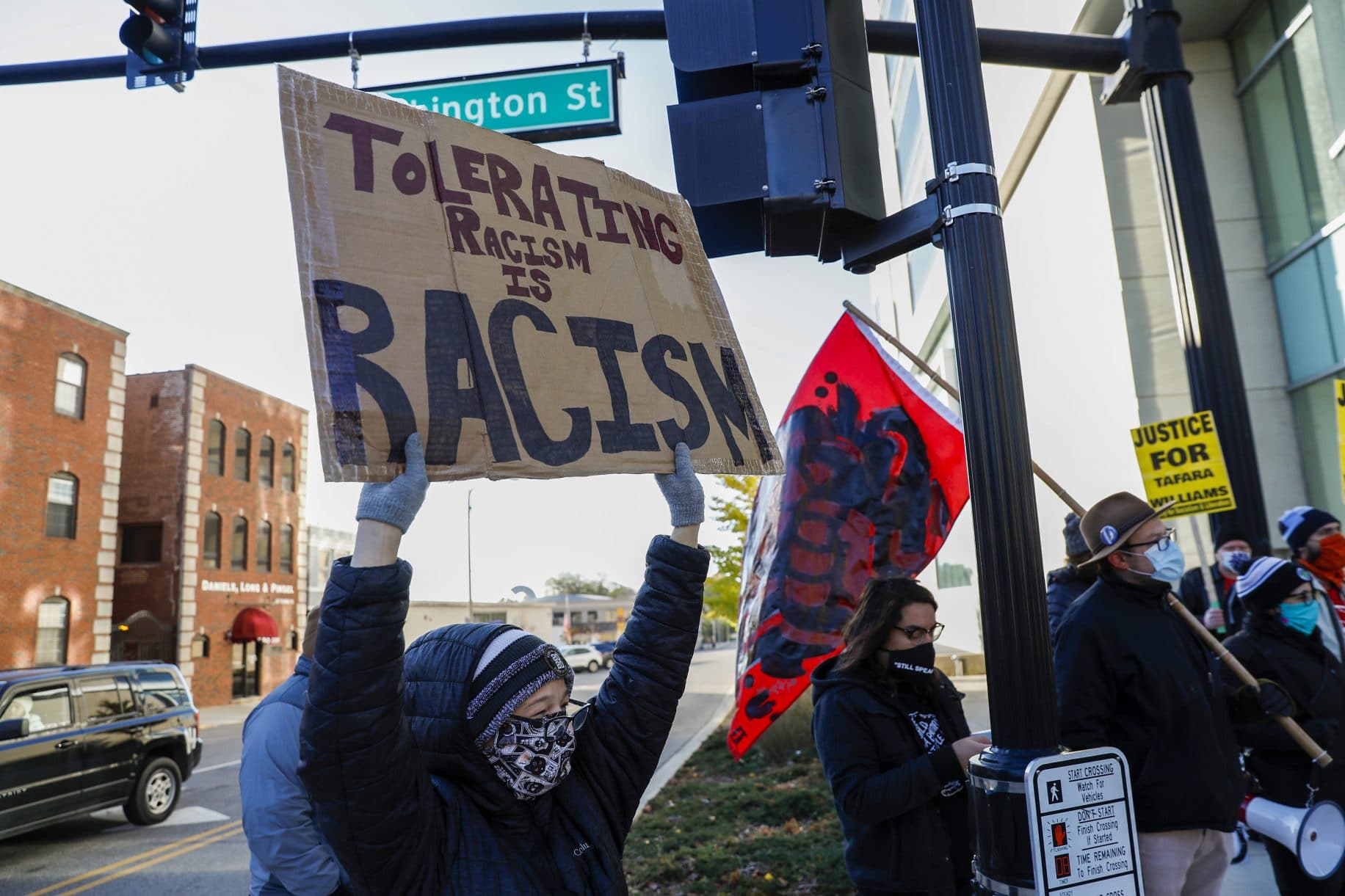 One of the teen’s lawyers, John M. Pierce, announced at the start of the hearing that he would not be addressing the arguments he’d made in a previous filing that alleged extraditing Rittenhouse would violate his constitutional rights.

One of those arguments turned on the contention that sending the teen to Wisconsin would violate his 14th Amendment due process rights because he would face a “legion of hazards” if put in adult jail. The filing also argued that extradition would violate his Fourth Amendment right against unreasonable search or seizure, contending that the video shows “without a shadow of a doubt” he shot in self-defense.

During the hearing, however, Pierce focused entirely on a technical argument that the paperwork from Wisconsin didn’t meet the standard to return the teen. He based much of his statement on his contention that the documentation was insufficient because one Kenosha County prosecutor swore to the facts in the criminal complaint before another Kenosha prosecutor — rather than doing that before a magistrate. 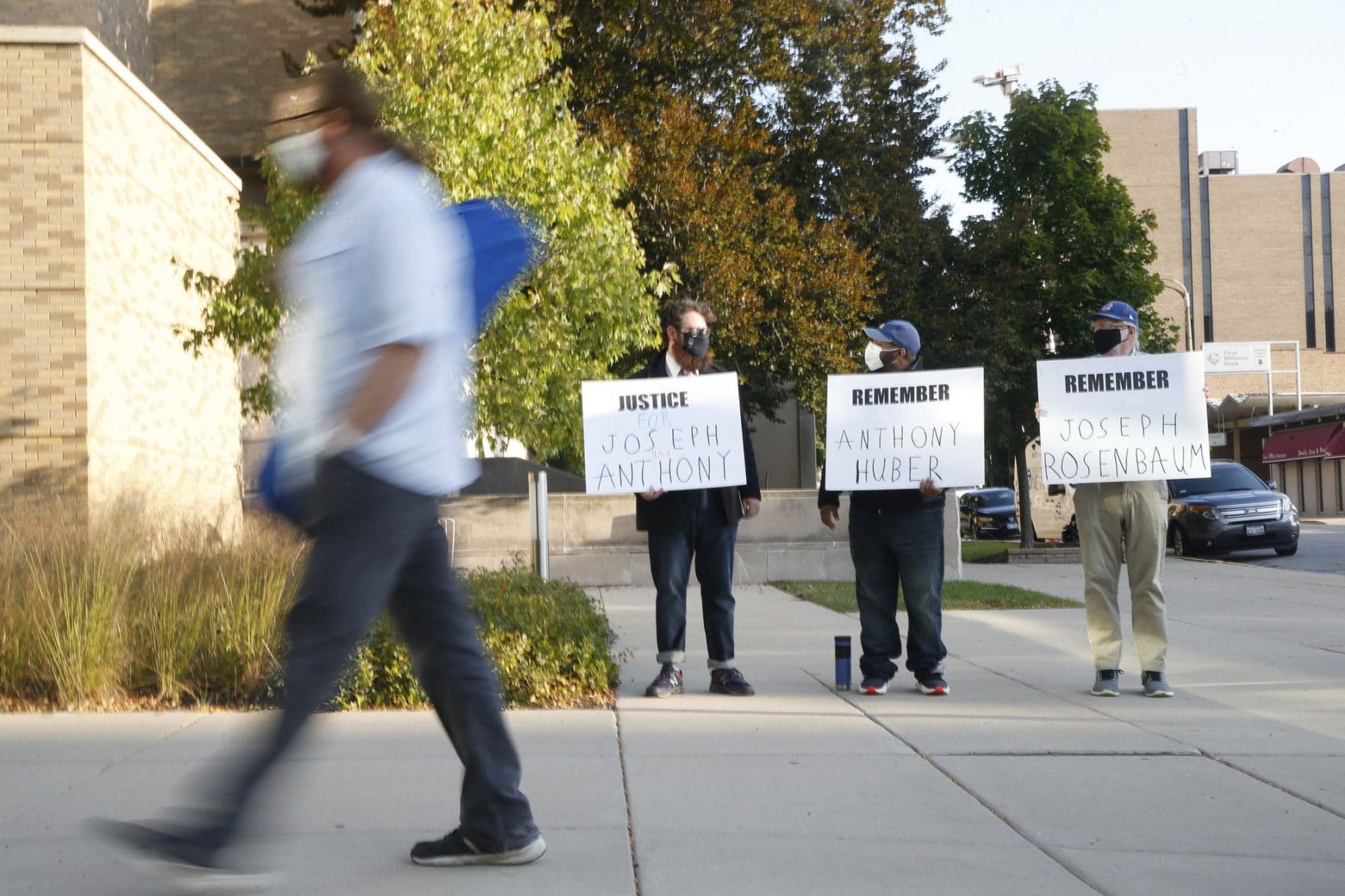 “That is game, set match, your honor,” Pierce said.

Assistant Lake County State’s Attorney Stephen Scheller rejected those concerns, noting the pile of other documents accusing the teen of a crime and calling for his extradition. Scheller noted that a Kenosha County prosecutor signed papers listing the charges before a judge in that jurisdiction and that Illinois Gov. J.B. Pritzker had signed a warrant calling for Rittenhouse’s extradition.

The paperwork provided “exactly what the law requires,” Scheller said.

The judge sided with prosecutors. Also, while Rittenhouse’s lawyers did not argue their points about his constitutional rights at the hearing, the judge addressed them because they’d been made in court filings. He wrote that questions about the charges and the teen’s rights were outside the scope of an extradition proceeding.

“These are matters that can be raised in Kenosha County, Wisconsin, through pretrial proceedings or during trial,” he wrote. 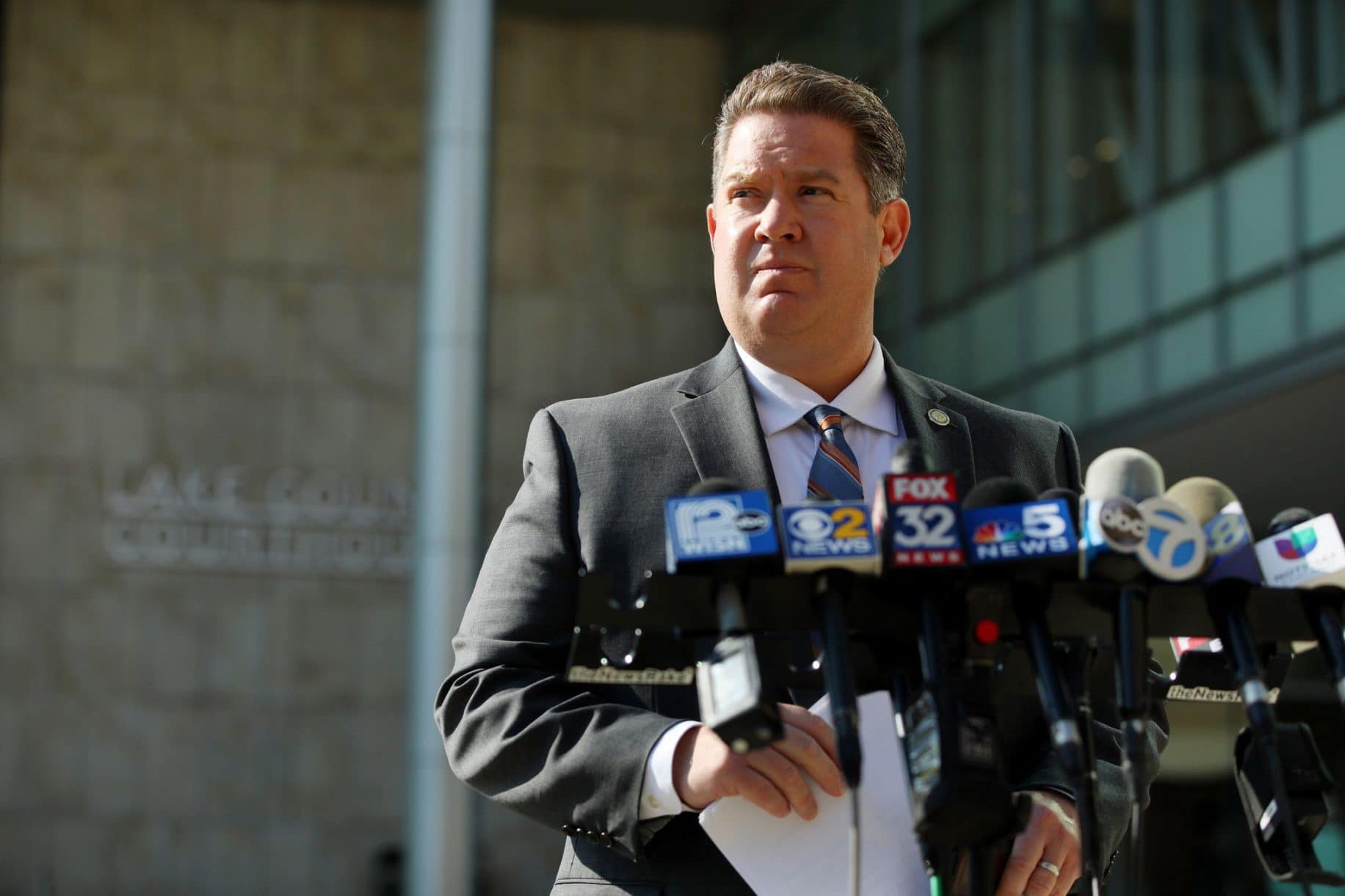 During the hearing, those in the eighth-floor courtroom could hear the muted shouts of street protesters, including about 15 calling for the teen’s extradition, alongside a handful there to support him. Clyde McLemore, founder of Lake County’s Black Lives Matter chapter, told the Chicago Tribune: “We want justice. We want him out of here and back to Wisconsin.”

Ashley Ramos, who lives in Kankakee County and is part of pro-police organization, said she felt the teen was justified in firing.

“He was defending himself from people who were chasing him,” she said.

Lawyers experienced in extradition cases have told the Tribune that Rittenhouse faced an uphill climb against extradition, and even the judge finding problems with the paperwork wouldn’t likely end the prosecution, as authorities could correct the documents.

As they battled Rittenhouse’s potential return to Wisconsin, his lawyers promoted fundraising efforts for his legal defense. Conservatives and gun rights activists took up his cause almost immediately after the shootings, which happened as Rittenhouse and other heavily armed people inserted themselves into the protests that raged for several nights in Kenosha.

Kenosha County prosecutors have alleged that video from the night of the shootings showed the teen running across a parking lot, trailed by Joseph Rosenbaum, 36, of Kenosha. A witness told police that Rosenbaum, who appeared on video to be unarmed, had tried to grab the gun before he was fatally shot, prosecutors wrote.

The teen’s lawyers alleged in their petition fighting the extradition process that Rosenbaum threatened Rittenhouse, chased him and lunged for his gun. The teen fired “under grave risk of immediate harm,” the petition stated.

Rittenhouse’s lawyers argued in their filing that the skateboard hit the teen’s head and he shot Huber as they wrestled over the rifle.

The teen’s lawyers contended in their filing that Grosskreutz “lowered his handgun in Rittenhouse’s direction.”