Inspired by his father, Army veteran and Ford executive leads network of 6,000 veterans within company

John Savona often visits the gravesite of his father, a U.S. Navy veteran, at Our Lady of Hope Cemetery.

This year feels different than most, because this year Veterans Day won’t include a large formal celebration honoring the men and women who served their country. So Savona will go see his father and then take time at the burial grounds just off Allen Road in Brownstown Township to identify gravestones marked for other veterans, and quietly honor them.

This is what Savona asks others to do: Look for tombstones of soldiers and offer a prayer.

“Even if they didn’t die in combat or in the line of duty, most graves are marked with veteran’s services,” he said.

After serving in the U.S. Army, John Savona went to work for Ford Motor Co. 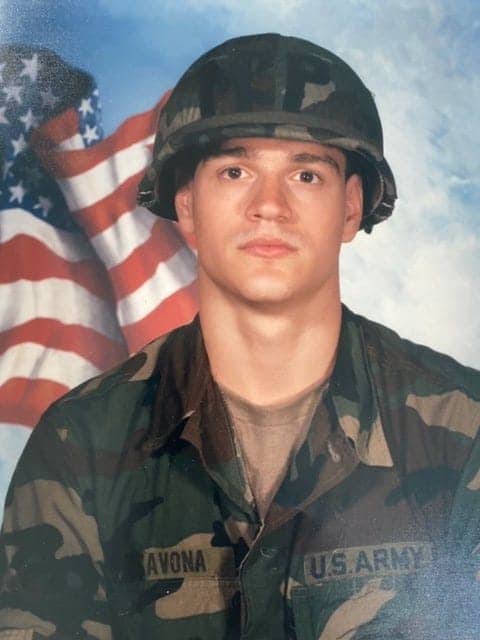 He began as a security guard at a factory where his father earned an hourly wage on the assembly line. Over the years, Savona would work and go to school full-time. He moved up to manage auto plants and went on to become Ford vice president of North American manufacturing, overseeing more than 30 sites.

He credits the military with his focus, his work ethic and his discipline.

“The military gave me an appreciation for how important is it is to work hard and work within a team,” said Savona, 52, of Northville. “If any member of the team doesn’t do their job in the military, somebody dies. If we don’t build a vehicle right, and there’s a defect, it puts families at risk.”

When servicemen and servicewomen leave the armed forces, they remain connected to one another. Savona approaches veterans in airports to not just thank them, but to listen to them.

He is an executive champion for the 6,000 or so veterans within Ford.

“When I was first a plant manager at Flat Rock in 2008, I asked the HR team for a list of our veterans and they were very suspicious and asked, ‘What do you want this information for?’ ” Savona recalled. “I told them I’d like to personally recognize every veteran we have in this plant. It really shocked me, that every single person told me it was the first time they had been recognized for being a veteran — in the workplace. A lot of people don’t know they’re working side by side with a veteran.”

In 2012, Savona coordinated through Ford a trip that required loading a plane with World War II veterans, personal guardians to support them and medical personnel to go to Washington, D.C., for one long day to visit memorials.

“It was the most touching and emotional thing I’ve ever done, outside of getting married, having children and losing my father,” Savona said. “That generation, the greatest generation, they are so humble. … We’re in a much better place when we truly appreciate our veterans.”

Honoring military service within Ford is a priority led by Savona, who was born in Pittsburgh and moved to Allen Park at age 7 with his parents, Dominick and Angelina. She worked for the Allen Park School District as a lunchroom mom and a bus aide for children with disabilities like autism, he said.

They instilled in their son empathy, fortitude and resilience.

He grew up to be an ally to the hourly workforce that once included his father.

“John Savona is unique,” said Todd Dunn, president of UAW Local 862 in Louisville, “Servant leadership is how I describe it.” 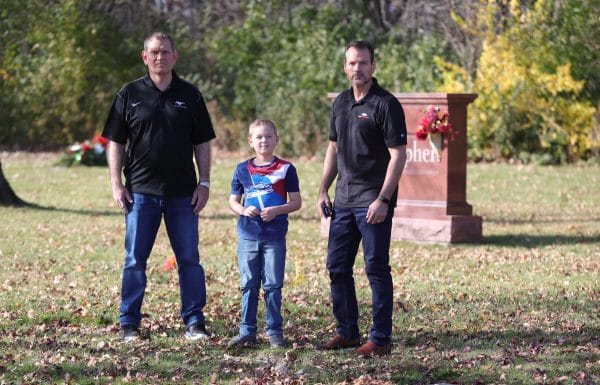 “He gets it. And it benefits morale,” Dunn said, noting that the Kentucky plant has a museum-quality display that honors veterans. It’s a place, he explained, where workers can go to reflect on service to country.

There will be honors

After 21 years of active and reserve service, Bill Bazzi, 55, of Dearborn Heights retired as a gunnery sergeant in 2016 from the U.S. Marine Corps. He is now the commander of the Dearborn Allied War Veterans Council as well as employee “president” of the Ford Veterans Network Group, working hand in hand with Savona on various initiatives that require corporate review.

By day, Bazzi is a design engineer at Ford.

He is coordinating with Savona and others a small, private ceremony at the Ford Performing Arts Center in Dearborn on Wednesday morning to honor veterans, at least one of whom died after testing positive for the coronavirus. What would normally be a big public event is now closed because of the pandemic.

“This year has been very, very tough on us,” said Bazzi, who is also Dearborn Heights City Council chair pro tem. “We want to show we will always care.”

Her husband, John, who died in 2019 at age 92, was the longest-serving member of Congress and a World War II Army veteran.

“Our veterans are truly people who know and appreciate what it means to be an American,” said Debbie Dingell. “They don’t take this democracy for granted. We have what we have today — our freedom, our democracy — is because of those who were willing to serve and protect.”

During this pandemic, she said, people must still try to honor those who served.

“Pick up the phone and call a veteran,” said Dingell, 62. “Call and say, ‘You fought for us, how are you doing? And do you need anything?’ “

She will return to Arlington National Cemetery to visit her husband’s grave on Thursday and take flowers to honor a man who never stopped fighting for his country and veterans.

While Veterans Day is officially on Nov. 11, traditional gatherings are now prohibited because of the pandemic.

John Savona and his younger brother Don, a Ford prototype planner, spent a warm sunny afternoon over the weekend walking the grounds at Our Lady of Hope Cemetery, paying respects to their father and veterans unknown to them.

Dominick Savona, who died two years ago at 81, was proud of his children and was deeply affected in 2015 by a ceremony in downtown Detroit at Cobo Center — a UAW Ford Community Service Awards event honoring advocacy on behalf of veterans.

“My dad … he’s from that generation where they don’t share their thoughts or feelings too much,” John Savona said. “I was being recognized for my contribution to the community. It was the first time I saw my dad cry.”