Facebook took down the rapidly-growing pro-Trump “Stop the Steal” group twice by Friday morning as members of the group organized protests of vote counts nationwide.

The group, dedicated to demonstrating against what they view as a flawed electoral process, initially reached over 361,000 members within a day of its creation. After its deletion, a second “Stop the Steal” group, which had grown to nearly 100,000 members in just hours, was deleted around 11 a.m. Friday. 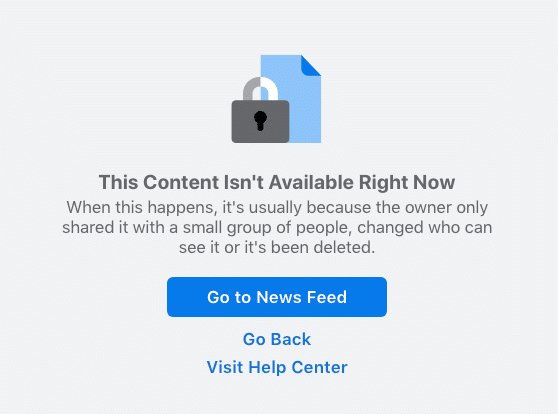 “It is absolutely beyond the pale that Facebook would selectively choose to shut down our group,” said Kylie Jane Kremer, head of Women for America First, alleging that Facebook is “selectively enforcing their new rules to silence conservatives.”

A Facebook spokesperson stood by its decision to remove the group, saying it was “in line with the exceptional measures that we are taking during this period of heightened tension. The group was organized around the delegitimization of the election process, and we saw worrying calls for violence from some members of the group.”

The social media giant announced temporary procedures meant to limit the spread of misinformation and potentially dangerous content hours after the first group was removed.

The latest measures include a feature requiring users to click through an announcement encouraging them to look at Facebook’s voting-information center. The move serves as a roadblock to spreading what Facebook views as problematic posts.

The social media platform will also limit the spread of live videos and lessen the probability that users will view content that Facebook believes is misinformation.

One member of the new group had posted concerns about the platform censoring speech, including recommending members use “as minimal hashtags as possible.”

“Extreme censorship has occurred and will continue to occur. We know that these social media platforms have algorithms to track conservative groups and discussion,” the member stated in a post. “If this group has any chance of surviving, we have to be smarter about what we say and how we operate.”

The Wall Street Journal reported that in the weeks leading up to the election, Facebook was preparing for worst-case scenarios in the wake of Election Day, developing tools to quell potential misinformation and unrest.

“While many of these claims have low engagement on our platform, we are taking additional temporary steps, which we’ve previously discussed, to keep this content from reaching more people,” Facebook said in a statement. “These include demotions for content on Facebook and Instagram that our systems predict may be misinformation, including debunked claims about voting. We are also limiting the distribution of Live videos that may relate to the election on Facebook.”