The Battle of Ia Drang Valley in Vietnam began on November 14, 1965, and saw around 1,000 U.S. Army soldiers of the 1st Cavalry Division (Airmobile) fight for four days with about 2,500 North Vietnamese troops.

The four days of fighting formed what became the first major battle between U.S. and North Vietnamese forces of the Vietnam War. The battle consisted of two engagements in the valley, with the first taking place between Nov. 14 to 16, with members of the 1st Battalion, 7th Cavalry, led by Lt. Col Hal Moore and the second engagement taking place on Nov. 17 with members of the 2nd Battalion, 7th Cavalry, led by Lt. Col Robert McDade.

According to a U.S. Army history, the battle of Ia Drang came after three enemy Vietnamese regiments totaling 6,000 men attacked a Civil Irregular Defense Group (CIDG) – U.S. Special Forces at Plei Me near the entrance to the Ia Drang Valley, in what the Army described as North Vietnam’s initial effort to cut the country in half. 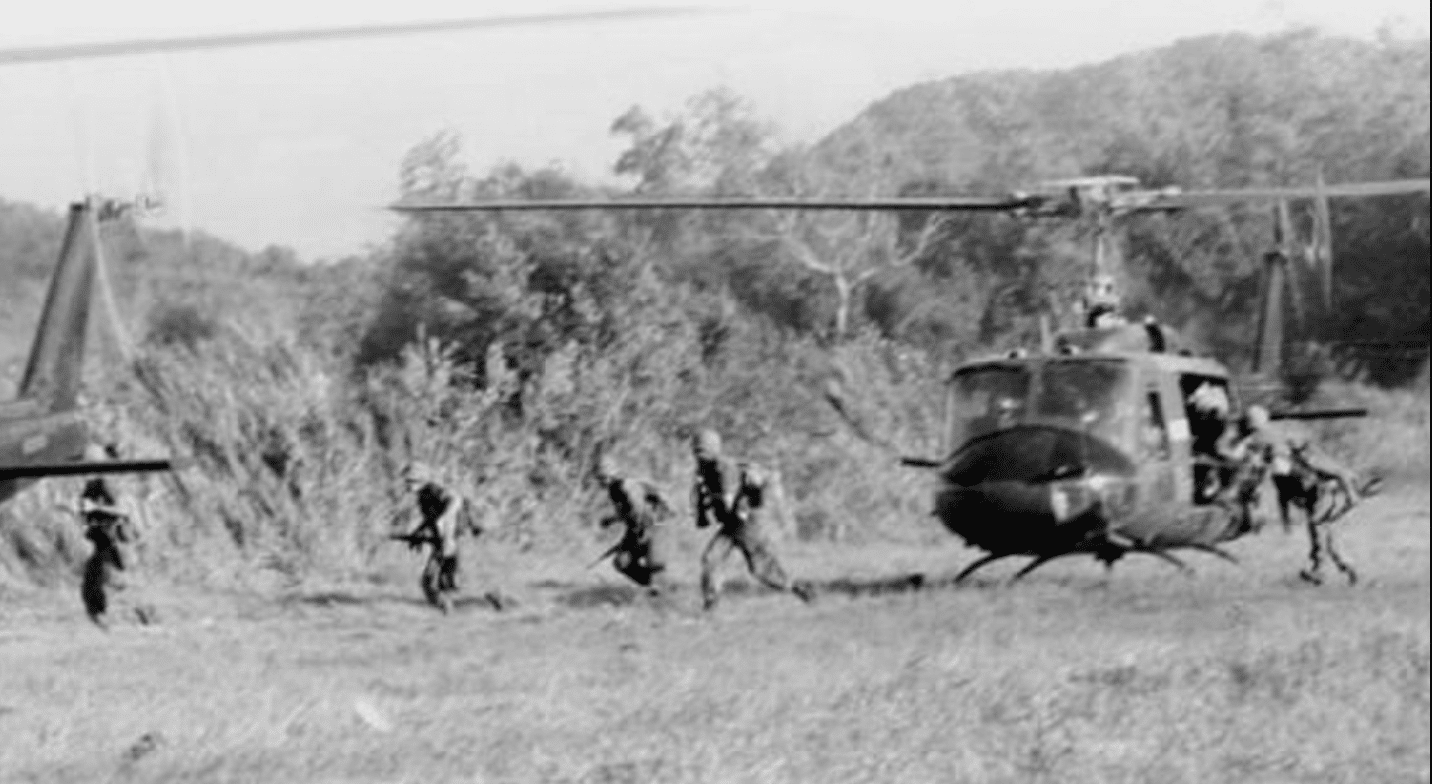 According to the Army, after U.S. intelligence confirmed the position of the Vietnamese forces, Moore led an airmobile assault into the Ia Drang Valley, landing at would come to be known as Landing Zone (LZ) X-RAY. The first of Moore’s troops began landing at LZ X-RAY at around 10:30 on the morning of November 14. As Moore’s troops continued to land at LZ X-RAY, the first shots of the battle were fired at around 12:45, one of the U.S. platoons began fighting with a force of Vietnamese troops. What ensued for Moore’s troops was a battle over the next two days in which Moore’s forces defended LZ X-RAY, with support from U.S. artillery and airstrikes.

80 U.S. troops were killed in the fighting at LZ X-RAY and another 124 were wounded there. 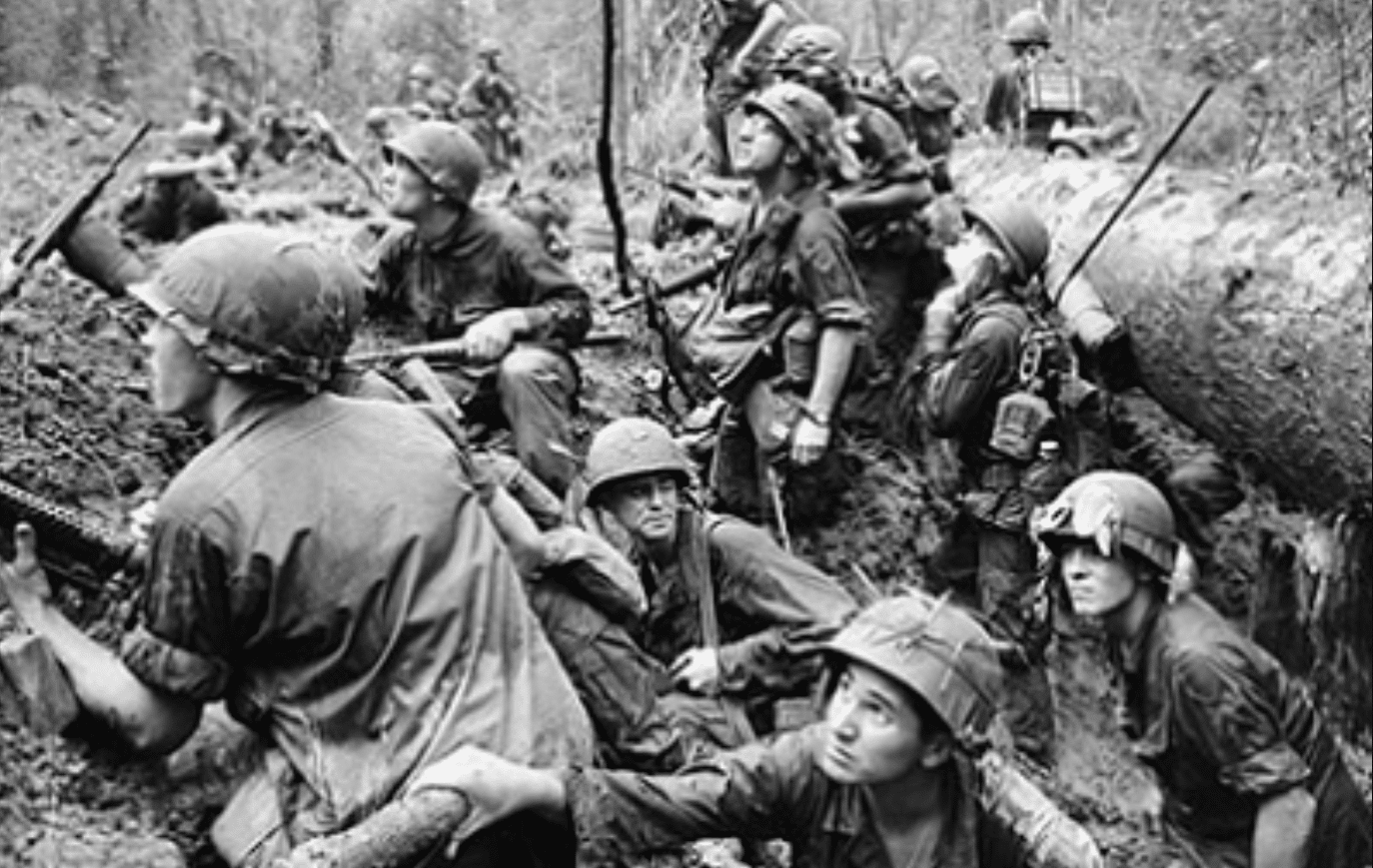 The Battle of Ia Drang Valley continued at LZ Albany on Nov. 17, after members of the 2nd Battalion, 7th Cavalry were ambushed, according to History.com. Another 155 U.S. men killed or missing and 124 were wounded in the fighting there.

Moore wrote about the fighting at LZ X-RAY, along with war journalist Joseph L. Galloway, in their book “We Were Soldiers Once . . . And Young.” Their book was later adapted into the 2002 film, “We Were Soldiers,” with Mel Gibson playing Moore and actor Barry Pepper playing Galloway. 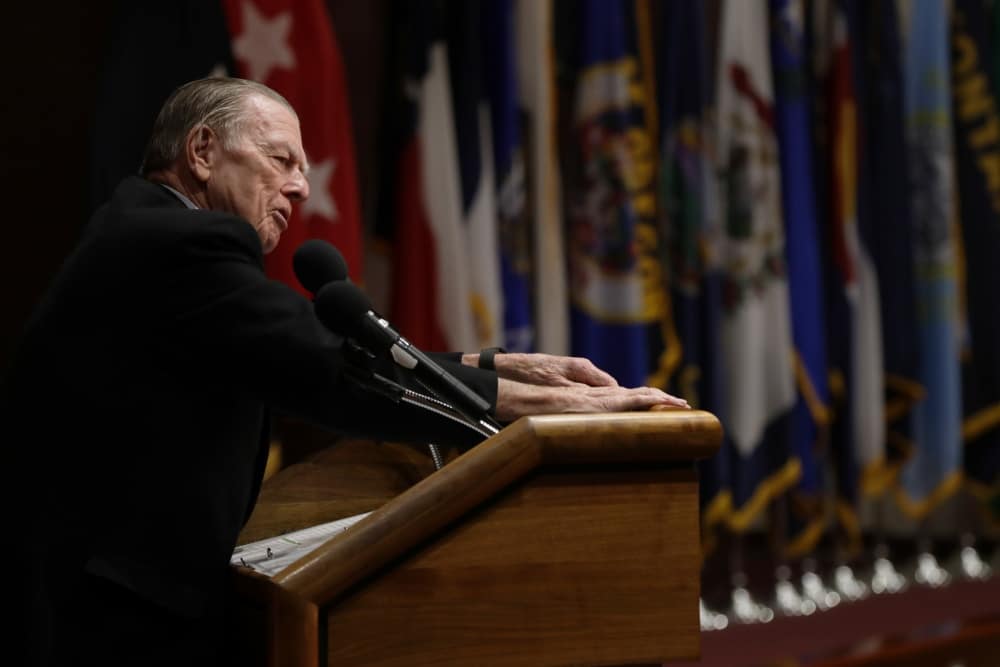 Galloway reportedly took up arms during the battle and helped carry a badly wounded soldier to safety during the battle, an act for which he received the Bronze Star Medal with “V” for heroism in 1998. According to the Army, Galloway is the only American civilian to receive the military honor.