Luke Frohnapfel and his wife, Mary Lou, can still navigate the stairs of their two-story century home in Akron.

But at 88 years old, Luke admits he’s not sure how much longer that will be the case.

“We joke that the steps are what is keeping us going,” he said with a laugh. “But some point down the line, that’s not going to be the case.”

Workers in a partnership between Rebuilding Together Northeast Ohio and Lowe’s Home Improvement stores were inside the home Tuesday, installing two lift chairs to help the couple get from one floor to the other in the place where they have lived for some 40 years and raised eight children. 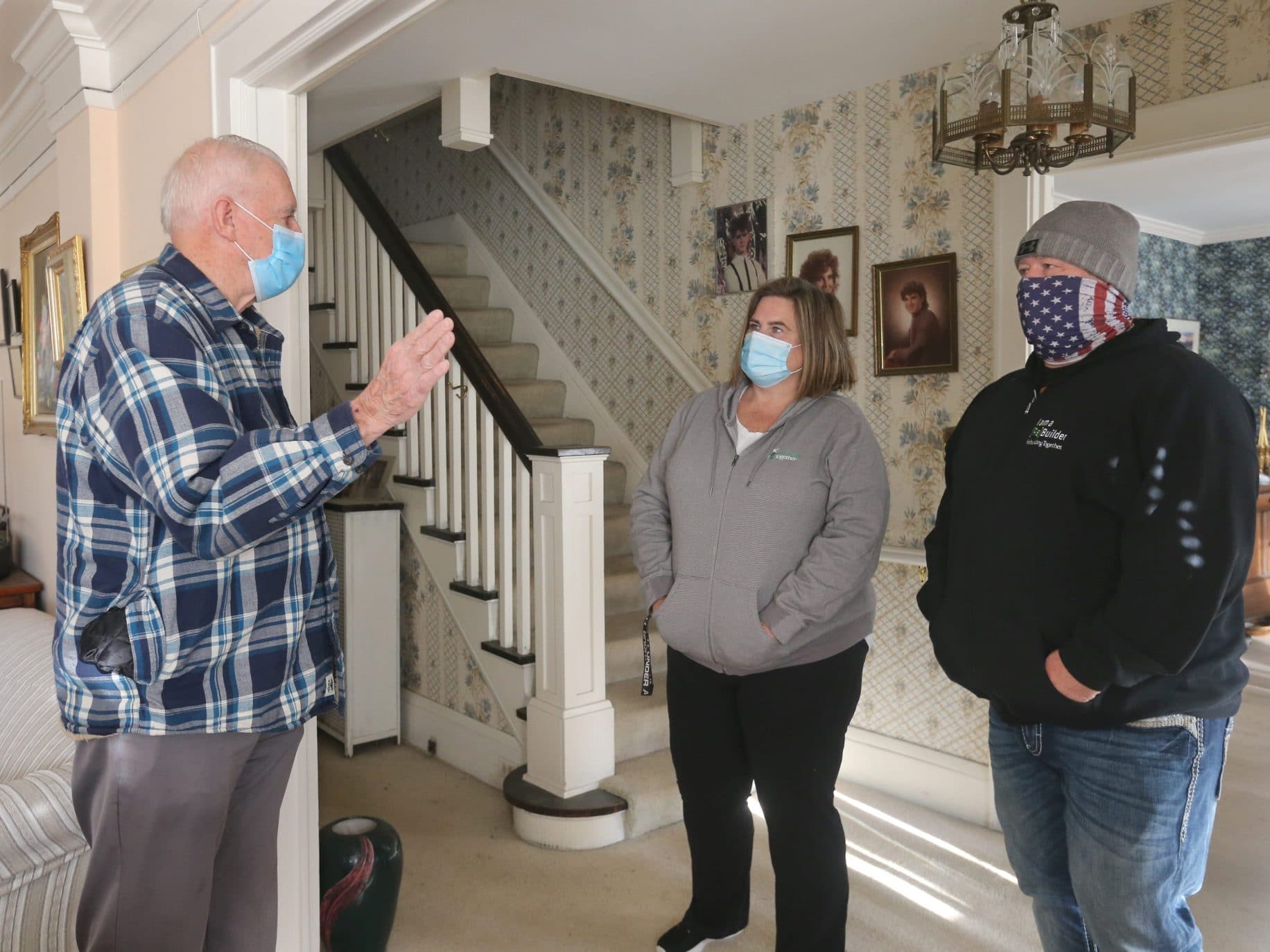 One lift was installed along the basement steps, so they can easily get to the laundry.

The other will facilitate the climb to the second-floor bedrooms.

The home improvement project is part of Lowe’s Kickoff to Rebuild and Rebuilding Together Super Bowl activities..

For this particular project, Schuellerman said, Lowe’s wanted to assist an Akron veteran.

Before COVID-19 hit, she said, a project like this would have included countless volunteers from Lowe’s and other veterans To ensure everyone’s safety amid the virus, however, the project was kept pretty simple with a small number of masked workers. 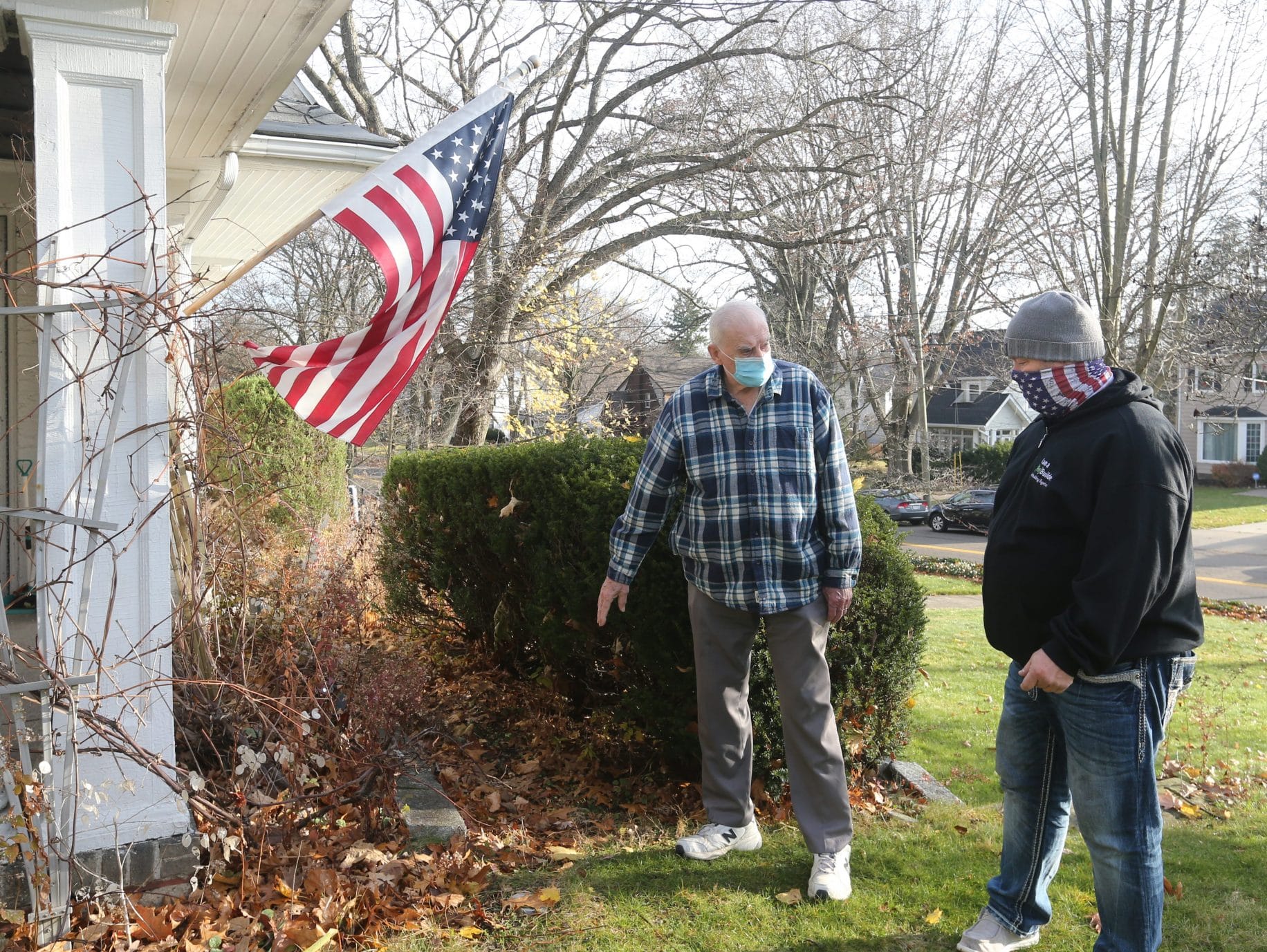 A local company was hired to install the lifts, and another company will return in a week or so to install a 15-foot pole so the couple can display an American flag.

Luke served three years in the Army during the Korean War before returning to Akron to raise a family with Mary Lou and pursue a career as a dairy inspector for the U.S. Department of Agriculture.

The view overlooking the Cuyahoga Valley was what persuaded the couple several decades ago to buy the North Howard Street house, which was built in 1910.

And it’s that same view, Luke said, that keeps them from wanting to move somewhere else that might be a bit more practical given their age.

They have been considering installing lift chairs for those days when the aches and pains of age make the stairs a difficult climb.

“You always save up for a project, then another project comes along and there goes that project,” he said.

Luke said they have a lot to be thankful for this Thanksgiving.

They are thankful for their family.

They are thankful for their health.

And they are thankful for the spirit of generosity of others.

“We’re thankful for still being on the top side of the grass,” he said with a chuckle. “We certainly do appreciate this. We are just thankful.”