Hall of Famer Whitey Ford is introduced during the New York Yankees 64th old timers day before the MLB game against the Tampa Bay Rays on July 17, 2010 at Yankee Stadium in the Bronx borough of New York City. Ford died on Oct. 9, 2020, at home at the age of 91. (Jim McIsaac/Getty Images/TNS)
October 09, 2020 November 17 2020
Share
Tweet
Flip

Whitey Ford, the cocky and cunning, street-smart lefty who honed his pitching skills on the streets and sandlots of Queens and went on to win more games than any Yankee in history, died Thursday night at his Long Island home after a long battle with dementia. He was 91.

“The Yankees are incredibly saddened to learn of the passing of Hall of Famer Whitey Ford,” the team wrote in a statement. “Whitey spent his entire 16-year career as a Yankee. A 6x WS Champion and 10x All-Star, The Chairman of the Board was one of the best lefties to ever toe the rubber. He will be deeply missed.”

Ford is the fifth Hall of Famer to die in 2020, joining Al Kaline, Lou Brock, Tom Seaver and Bob Gibson.

In mourning his passing, his fans might want to take a moment to hoist a drink in his honor — to celebrate a life of achievement and fun. It’s what he would have wanted.

They called him “The Chairman of the Board” mostly because when it came to Yankee pitchers, especially in the World Series, Ford was at the head of the table. His 236 career wins are the most of any Yankee in history and his .690 winning percentage (236-106) is the highest of any pitcher in the 20th century. His 10 World Series victories and 94 strikeouts are likewise the most by any pitcher. In addition, his record 33 consecutive scoreless innings in the World Series has stood since 1962 while, on the Yankee charts, he stands atop in career strikeouts (1,956), innings (3,173), starts (438) and shutouts (45).

All of those lofty achievements were more than enough to get Ford elected to the Hall of Fame in 1974 along with his best friend and off-the-field “running mate” Mickey Mantle, but, in retrospect, probably didn’t surprise him. Almost from the time the Yankees signed him to a $7,000 bonus in 1947 following his graduation from the Manhattan School of Aviation Trades and a stint with Astoria’s 34th Street Boys in the Queens-Nassau high school league, Ford was always supremely confident in his ability. That was more than evidenced after his 1949 season with Binghamton (in which he was 16-5 and led the Eastern League in strikeouts and a 1.61 ERA) when the then 20-year old Ford telephoned the Yankees’ chief scout Paul Kritchell and volunteered his services to the big club for the last couple of weeks of the season.

“I wasn’t bein’ cocky or anything,” Ford said. “It was just that our season was over and I wanted to keep pitching. I knew Kritchell had had his scouts watching me all that season and that they’d told him I was a real prospect.”

Still, it wasn’t until June of the next season that Ford got his call to the Yankees — and lived up to both his own promise and theirs, going 9-1 with a 2.81 ERA and playing a key role in their winning of a second straight world championship under manager Casey Stengel.

It was Ford’s complete game, 8-1 victory over the Detroit Tigers on Sept. 16 that put the Yankees in first place to stay in 1950, and in the World Series that year, he was on the verge of pitching a 5-0 shutout over the Philadelphia Phillies in the clinching Game 4 when Yankee leftfielder Gene Woodling lost a two-out, ninth-inning fly ball in the late-afternoon Yankee Stadium shadows, allowing a pair of baserunners to score. One batter later, Stengel removed Ford to thunderous booing, although the rookie still got the victory when Allie Reynolds came on to retire the last Philadelphia batter.

“At first,” Ford said, “I thought they were booing me — and I said to myself: ‘I shoulda had a shutout! How can they boo me?’ Then I realized they were booing Casey. I’d left about 60 tickets for that game for all my friends and family in Astoria.” 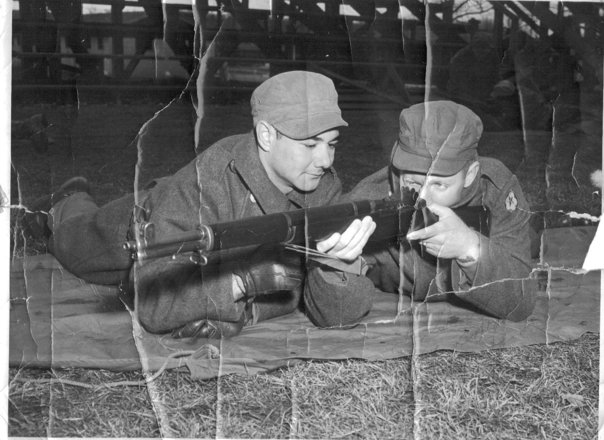 In all the years under Stengel Ford started over 35 games only once — in 1955 when he led the American League in wins and complete games (18). But when Ralph Houk took over as manager for 1961, he determined that Ford would pitch every fourth day for him. The result: a 25-4 season with 209 strikeouts, a league-leading 283 innings and a 3.21 ERA in 39 starts that earned Ford the 1961 AL Cy Young Award. In the World Series that year, Ford was 2-0 with 14 shutout innings against the Cincinnati Reds.

“I never knew why Casey let me go six days between starts so many times,” Ford said. “I hated sitting in the dugout watching so many games I should’ve been pitching.”

It may well have been Stengel’s decision to hold Ford back to Game 3 in the 1960 World Series — thus limiting him to only two starts in the Series — was what led to the old man’s dismissal as manager. The Yankees were clobbered by the Pirates in Game 1 and lost Game 7 in a slugfest. Ford, the premier October pitcher, customarily had pitched Game 1 of the World Series for them and in his two starts against the Pirates in that ’60 World Series he pitched two shutouts.

Ford’s given name was Edward and it wasn’t until he was pitching at Binghamton in 1949 when his manager there, Lefty Gomez, began calling him Whitey. The nickname stuck once he got to the majors and he started using “Whitey” for his autograph. “I’ll always remember right after I signed with the Yankees in ’47 they brought me to the Stadium to meet some of their players,” Ford recalled once, “and I was introduced to Yogi (Berra) as ‘Eddie Ford’ when, at the same time, he was still ‘Larry Berra.’ I bet that was the first and only time we were ever introduced together as Eddie and Larry.”

For all of Ford’s pitching acumen (his bread-and-butter pitches were a low-90s fastball and a hard-breaking curve) and superb control, he developed a reputation for cheating — a reputation he didn’t exactly deny. In various magazine and book accounts, he talked about how his Yankee batterymate, Elston Howard, would help him out by scuffing balls with his belt buckle and how he himself doctored the ball, either with his ring or with good old fashioned saliva. And one of his favorite stories was how he won a $1,200 bet with Giants owner Horace Stoneham by striking out Willie Mays in the 1961 All-Star Game — on a spitter that took such a dip as it crossed the plate, the “Say Hey Kid” landed on the seat of his pants swinging at it.

“I didn’t begin cheating until late in my career when I needed it to survive,” Ford confessed, “but I didn’t cheat in 1961. I don’t want anyone getting any ideas and taking my Cy Young Award away from me.”

For most of his career, Ford was pretty much injury-free. But in the sixth inning of the first game of the 1964 World Series against the St. Louis Cardinals, he suddenly felt numbness in his arm, which turned out to be a blocked artery. A bypass surgery was performed in which they transferred an artery from his leg and he came back to win 16 games in 1965 while logging 244 1/3 innings. But the following year, he developed bone chips in his elbow which required an operation and when, in May of 1967, the elbow flared up again, he called it quits.

If Ford’s career was marked by winning, especially in the pressure games when the spotlight shone brightest, it was also about fun. He and Mantle and Billy Martin were notorious roustabouts — Stengel referred to them as “my whiskey slicks” — and one Ford’s longstanding close friends was the renowned New York saloonkeeper, Toots Shor.

“Billy always got upset because he always got in trouble in bars and nothing ever happened to me,” Ford said, on the occasion of the “day” the Yankees gave him in August of 2000. “What he and Mickey never seemed to realize is that I was a professional drinker. My dad owned a bar in Astoria and I grew up in bars. I just always knew when I’d had enough and when to get out of them.”

Now they are all gone.