Actor Gary Sinise, probably most famous for his role as Lt. Dan Taylor in the movie Forrest Gump, was awarded the distinction of becoming an honorary Chief Petty Officer by the United States Navy. He was recognized in 2012 for his efforts in launching the Gary Sinise Foundation and entertaining service members around the world performing in the Lt. Dan Band.

Check out Sinise receiving the recognition in the video below:

“Mr. Sinise, you embody our core values and go to great lengths to put service before self,” said Master Chief Petty Officer Michael Stevens at the ceremony. “You’ve been serving like a Chief for quite a while, and now it’s time to make it official.”

For Sinise, the goal has always been to positively impact troops around the world, and he has been able to do just that through his foundation and his performances. 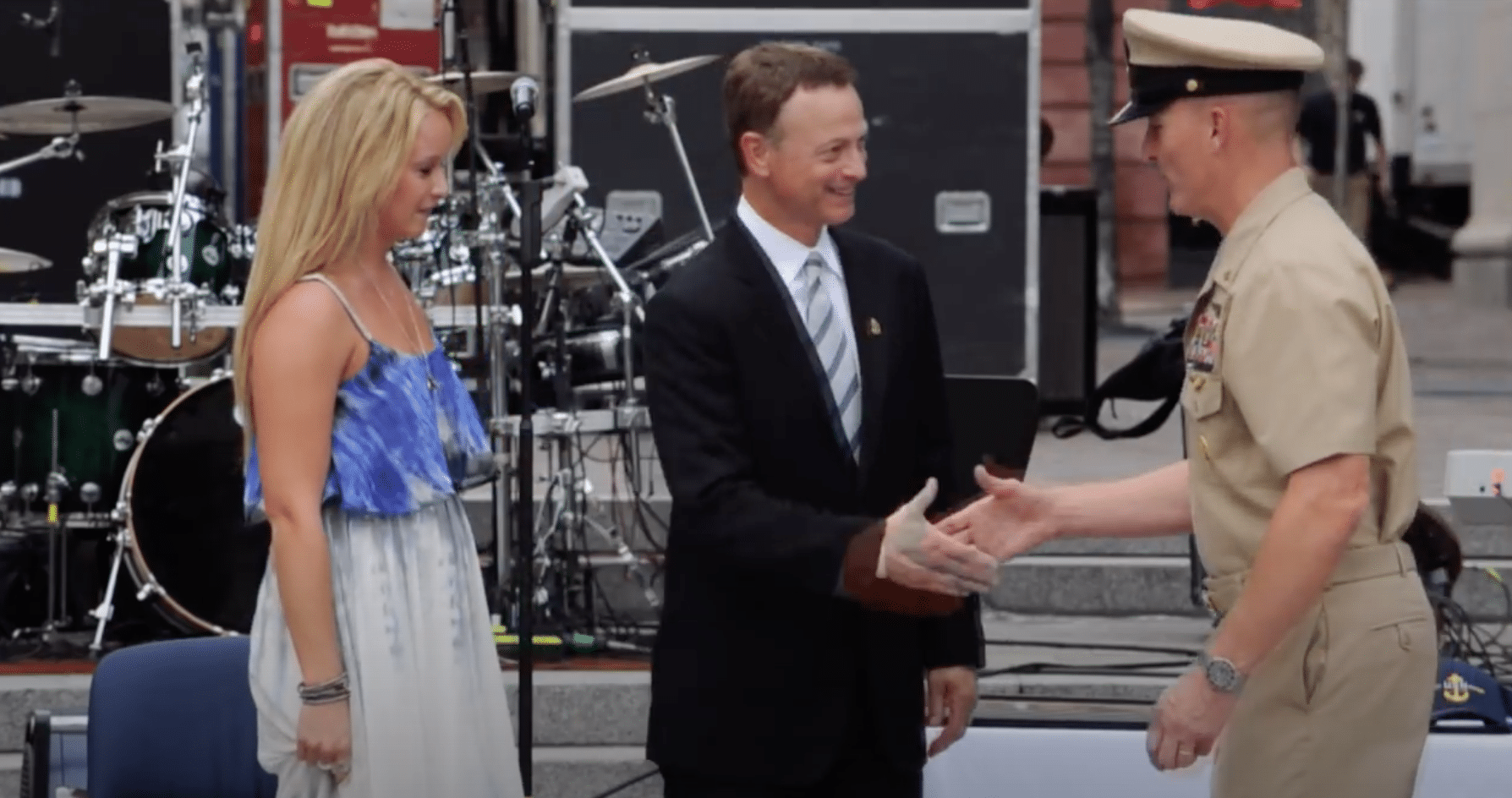 Actor Gary Sinise becomes an honorary Chief Petty Officer in the Navy due to his work in supporting the troops. (U.S. Navy/YouTube)

“There was something I could do, there was a role I could play in helping to support those men and women who are sacrificing for us each and every day,” Sinise says.

Sinise and his band play over 30 shows every year – free of charge – for servicemen and women at home and abroad. He’s also played an integral role in raising money for various military-focused charities, including his own which he launched in 2010.

The actor has been exposed to the military throughout his life. His family holds deep roots in military service, with his father serving in the Navy in the 1950s, two of his uncles serving in World War II, three brother-in-laws being deployed in Vietnam, and his sister-in-law serving for 10 years. His nephew also served in Afghanistan and was recently accepted into the Green Berets. 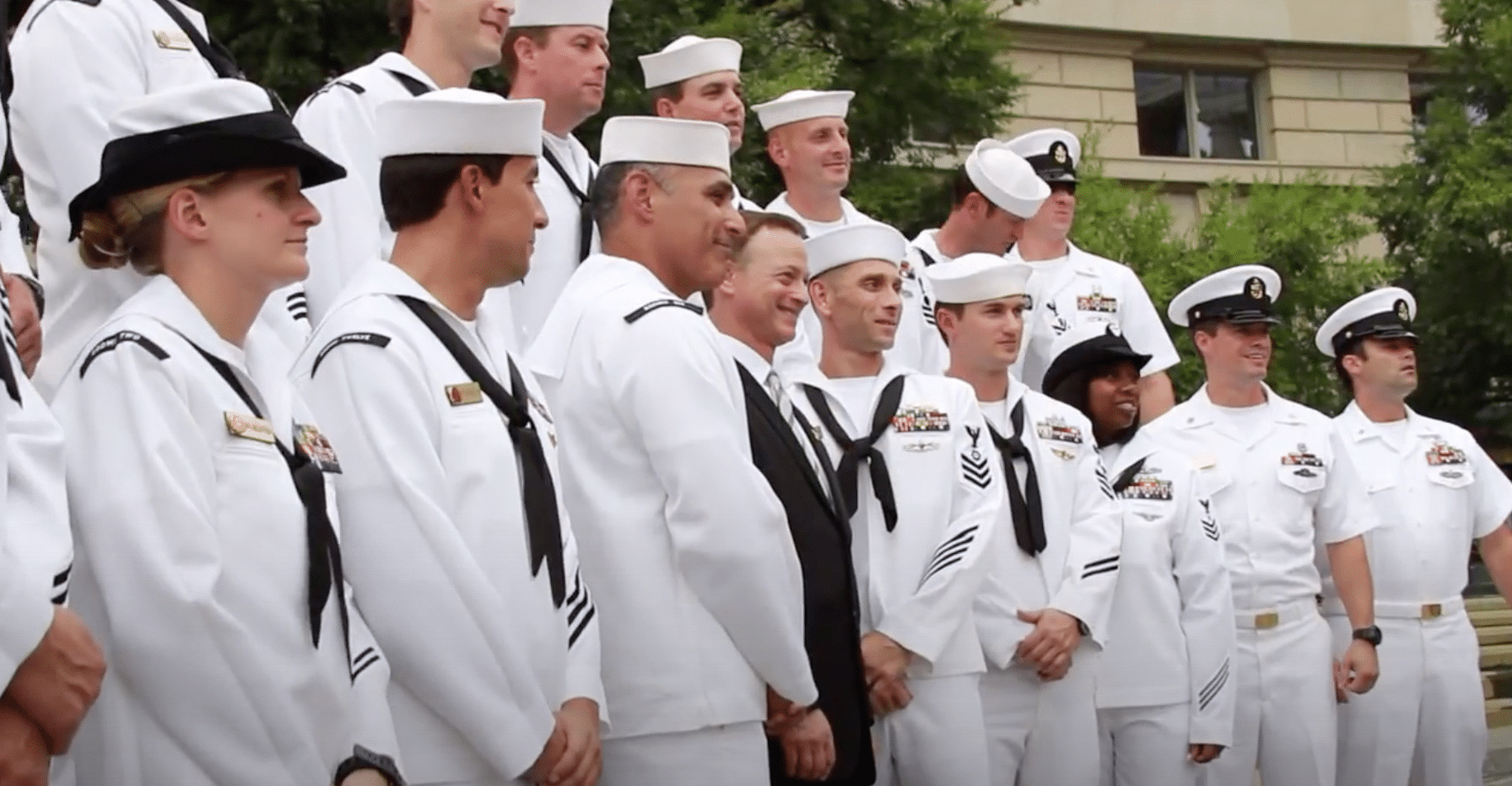 Actor Gary Sinise becomes an honorary Chief Petty Officer in the Navy due to his work in supporting the troops. (U.S. Navy/YouTube)

“What a humbling day it is for me to receive this,” said Sinise. “I’m truly touched by it. I don’t take it for granted, and I don’t take it lightly,” Sinese said in accepting the distinction.

“I’m always amazed and humbled at the skill and dedication of the men and women who serve in our Navy. God bless you all for doing what you do in defense of our freedom all around the world,” said Sinise.