Steelers football legend Robert “Rocky” Bleier led an impressive career that spanned thirteen seasons. He would be apart of four Super Bowl-winning teams as well as a National Championship. The halfback almost didn’t get the chance to play. Plagued by injuries from his time in the Army, Bleier overcame the odds and would go on to be an inspirational figure to all.

Recently, ESPN invited Bleier back to Vietnam, where he was wounded 50 years ago, to retell his story.

As he traversed over the landscape and reminisced about his tour, Bleier whispered to himself, “Jesus Christ.”

“Coming back to this area and what took place and trying to visualize what it was back then as it is now, you think about those guys that got killed,” Bleier says holding back tears. 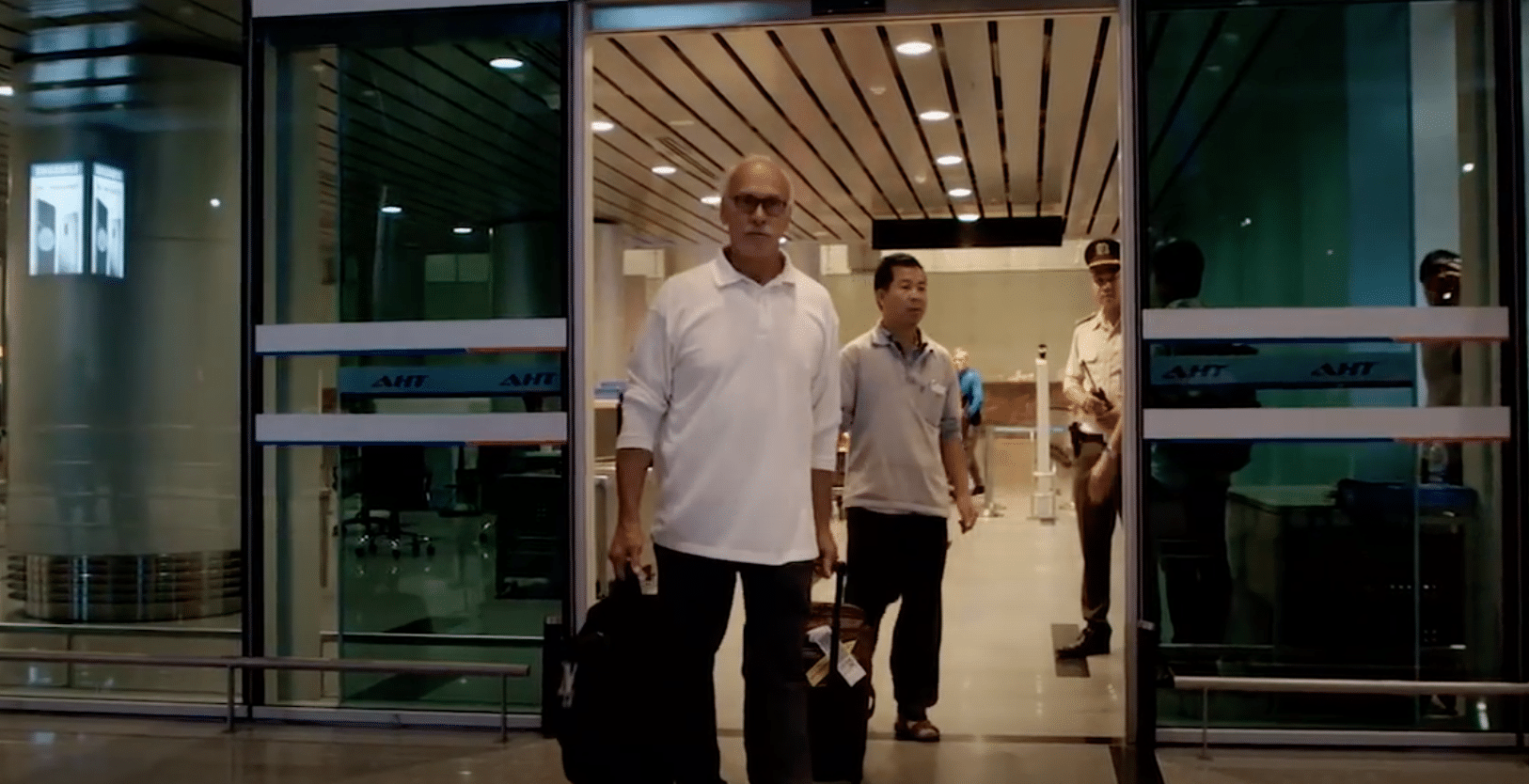 However, the moment was short-lived. In the blistering heat and unbearable humidity, Bleier collapsed as he walked through the field.

ESPN crew members were on hand to assist the 72-year old who was suffering from heatstroke. They drove him 90 minutes to a nearby clinic where he was treated.

Determined to not let the Vietnam countryside get the best of him, Bleier returned once more.

“Everything’s changed,” Bleier explained during his second visit back to the landscape. “It’s all gone. What was it for?”

The emotional Bleier says that those lost in Vietnam didn’t deserve to perish.

Before leaving, Bleier’s triumphant return yields one more unexpected surprise. A local Vietnamese man stops to talk, and says that while he himself was a former Vietcong soldier, he ultimately become an American scout during the war.

“I see war as something endlessly cruel,” the Vietnamese man says. “Not bringing any benefit to anyone.”

The trip held special meaning for Bleier, he says. “It’s a closure for that part of my life.”

Bleier was wounded in the left leg by enemy gunfire when his platoon was ambushed in a rice paddy. While he was down, an enemy grenade landed nearby and sent shrapnel into his lower right leg. He lost part of his right foot in the blast, and due to the injuries, was told by doctors he would never play football again.

While recovering, Bleier received a postcard from Steelers owner Art Rooney which simply read “Rock – the team’s not doing well. We need you. Art Rooney”. Bleier later said, “When you have somebody take the time and interest to send you a postcard, something that they didn’t have to do, you have a special place for those kinds of people.” After several surgeries, he was discharged from the military in July 1970 and began informal workouts with the Steelers.

Despite a painful recovery and rebuilding his body for football, Bleier joined the Steelers’ starting lineup in 1974, and played until 1980. He finished his NFL career with 3,865 rushing yards, 136 receptions for 1,294 yards, and 25 touchdowns, and was one of the Steelers’ top five all-time leading rushers.