Former Navy SEAL Clint Emerson explains what to do if you're ever attacked by a dog.(Business Insider/YouTube)
October 11, 2020 Wade Bennett
Share
Tweet
Flip

Dog attacks can occur when you least expect it. An unfamiliar canine can suddenly turn aggressive if it feels scared, and some owners have a tough time controlling their own pets which can be a danger as well.

Fortunately, there are things you can do to protect yourself in the event of a dog attack. Hear what a former Navy SEAL recommends you do if you’re up against dog in the video below:

“Guard yourself,” former Navy SEAL Clint Emerson explains in the video. “Take your shirt, your jacket, whatever you have – maybe even a messenger bag or a purse – and give that dog something to go after so that it’s not going after any vital areas of your body.”

Attempting to distract the dog or redirect its attention is a great way to try and keep yourself protected.

If you have the chance, Emerson recommends taking an item of clothing off and wrapping it around a limb for use as not only protection, but as a means for allowing the dog to bite a fully protected area.

“Take your shirt off and put it around your arm,” Emerson suggests. “You want to protect mainly where the ulnar and radius flow because that’s where your major arteries are.”

“So if you’re going to give a dog your arm, give it the forearm, not the side where all your vital arteries are,” he says.

If you have the chance to fight back, it might be best to strike the dog in the face.

“Punch it in the nose or in the muzzle,” says Emerson. “Reason being is the nose and muzzle are going to be right there front and center. It’s a big target.” 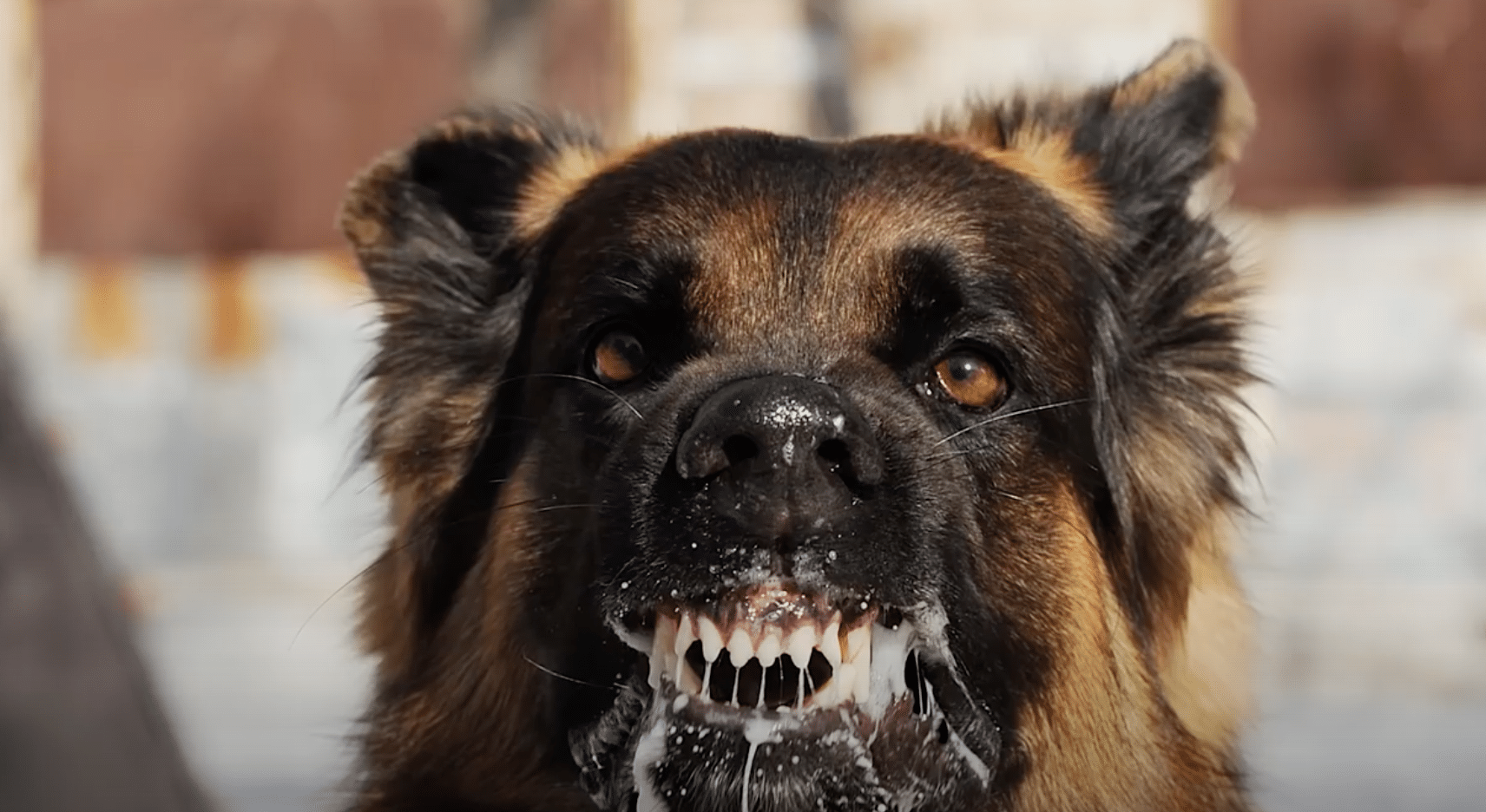 For the person being attacked, it can be easy to feel scared and overwhelmed which may lead to an inability to make quick decisions. Emerson says that it is important to focus your attention on simple repetitive actions.

“When you’re under stress, gross motor skills are about the only things that are going to work,” Emerson explains. “So that means big movements by you to big targets on the dog.”

At the end of the video, Emerson also reveals another sensitive spot for dogs: behind the legs near the rib cage.

“If you’re going tonight, fight with vengeance and try to make that dog understand that you are the alpha,” Emerson says.