96-year-old D-Day veteran Tom Rice continues to jump from planes as his own unique way of honoring those who served. (The San Diego Union-Tribune/YouTube)
October 13, 2020 Wade Bennett
Share
Tweet
Flip

Tom Rice is a retired high school teacher from Coronado, California. For him, D-Day is particularly special: he served as a parachuter during the height of WWII, and was one of the first soldiers to leap from the C-47 cargo planes over the beaches of Normandy on June 6, 1944.

Today, at his age, most would be content leading a quiet life of retirement. But the accomplished war veteran feels an unending need to honor his fallen brothers and all those who continue to serve.

In 1994, Rice returned to France on the 50th anniversary of D-Day. He participated in a jump to commemorate the occasion then, and ever since, has continued to leap from planes as his own unique way of marking the occasion and honoring the fallen.

“I came home and they didn’t,” Rice said to explain why he continues to jump. “I don’t want anybody to forget them.”

96-year-old D-Day veteran Tom Rice continues to jump from planes as his own unique way of honoring those who served. (The San Diego Union-Tribune/YouTube)

Rice told reporters at the San Diego Union-Tribune that he was destined to be a paratrooper. But he also said that he almost didn’t get the chance to participate in D-Day.

“I became a paratrooper because I’m a bit of a risk-taker,” he said. “The thing I remember most about D-Day is the actual jump. And I jumped with a sprained ankle.”

Rice explained that had his commanding officers known about his injury, he likely would’ve been in an infirmary rather than leaping into battle. For Rice, nothing was going to stop him.

On if he was worried about surviving D-Day, Rice said that that was the last thing on his mind.

“I had too many opportunities to do too many things. I had a lot of guys to look out for.” 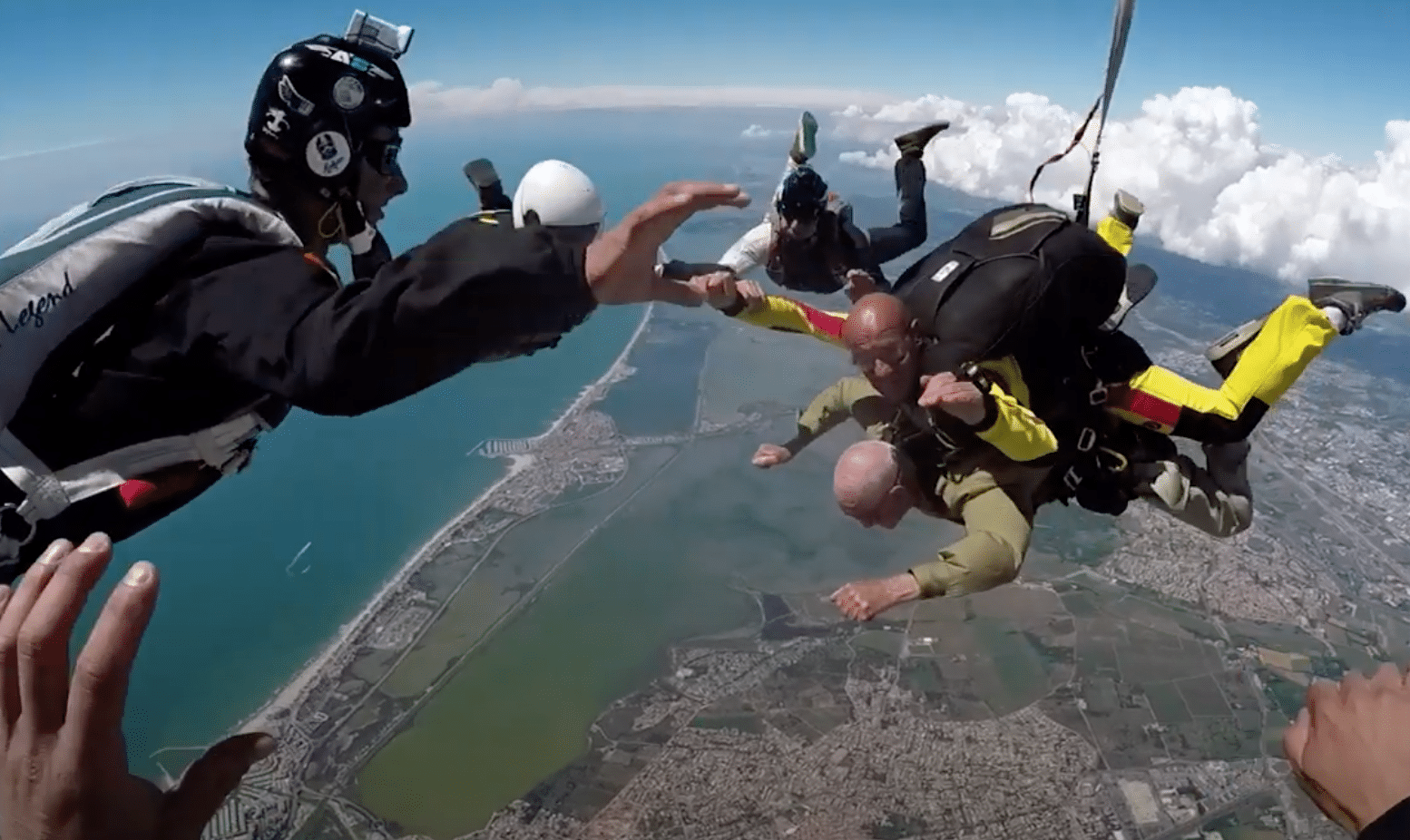 96-year-old D-Day veteran Tom Rice continues to jump from planes as his own unique way of honoring those who served. (The San Diego Union-Tribune/YouTube)

Now at 96, Rice says he still gets the same thrill from jumping as he did all those years ago. But he does it less for the excitement and more for remembrance.

“I do it as a commemoration for D-Day,” he said. “For those who were killed, captured, injured – it’s important to remember the event of D-Day because we made history and history is important.”