TV Legend Johnny Carson was probably best known for being one of the pioneers of late-night talk show television. With a career spanning nearly 50 years, Carson was welcomed into the homes of millions each and every night. Carson was also a veteran, having enlisted in the Navy just prior to the end of WWII.

Perhaps lesser-known, Carson also did an uncanny impression of president Ronald Reagan as well. Check out this clip of Carson acting as the former president in a skit from the 1980s:

Carson and actor Fred Holliday, who plays his chief of staff, offer their own rendition of the famous Abbott & Costello “Who’s On First” routine. For those unfamiliar, the premise is a confusing conversation due to the unfortunate names of the individuals being discussed.

In this instance, the conversation surrounds Hu, the premier of China at the time, Watt, referring to Reagan’s then-Secretary of Interior James Watt, the Y (YMCA), and former Palestinian President Yassir Arafat. 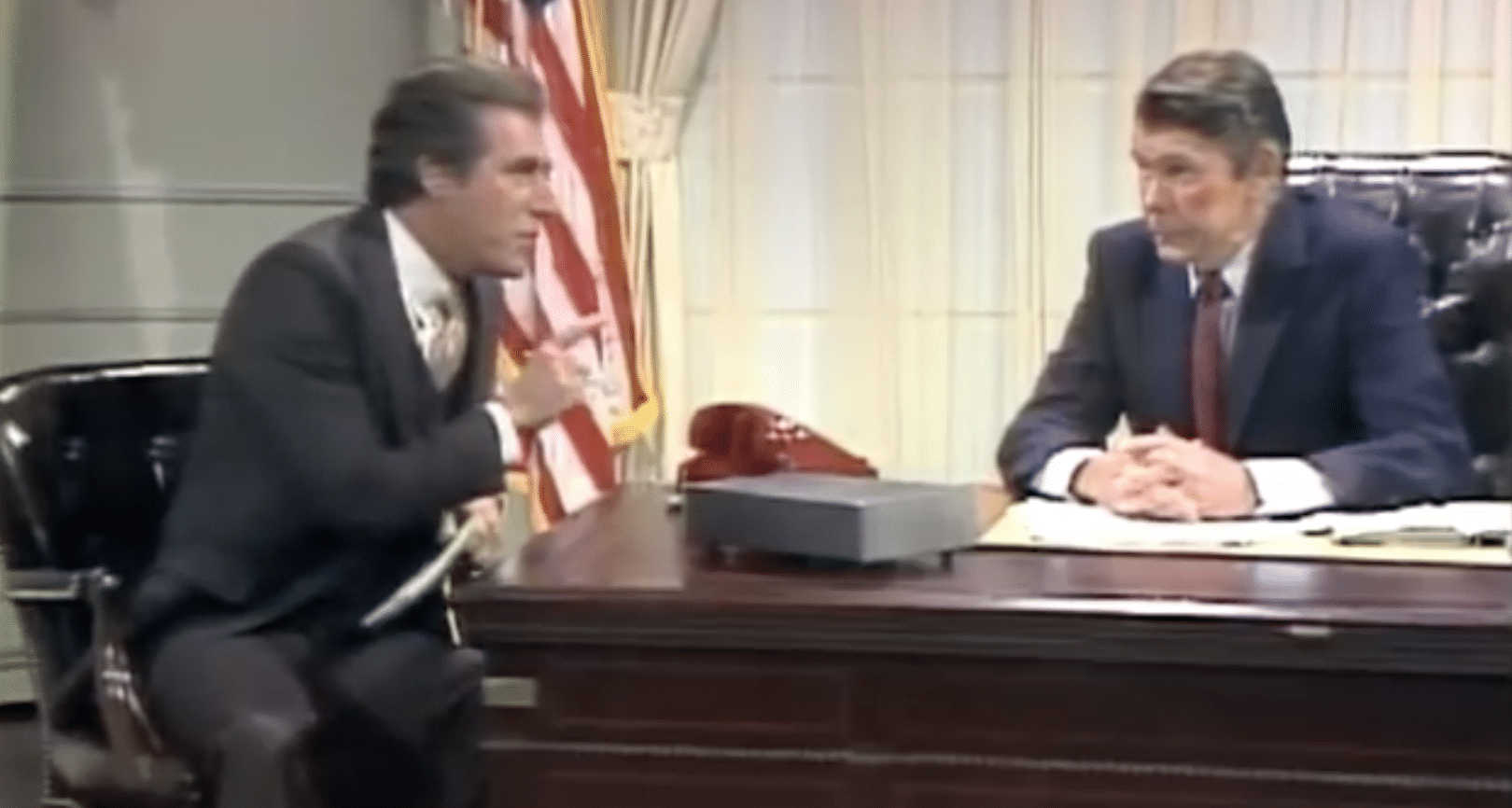 “Well, I’m sure they’ll ask me about my Secretary of the Interior,” Carson explains in the skit.

“Watt,” the chief of staff replies.

“I said I’m sure they’ll ask me about my Secretary of the Interior,” Carson responds. And so the confusing yet hilarious dialogue begins. 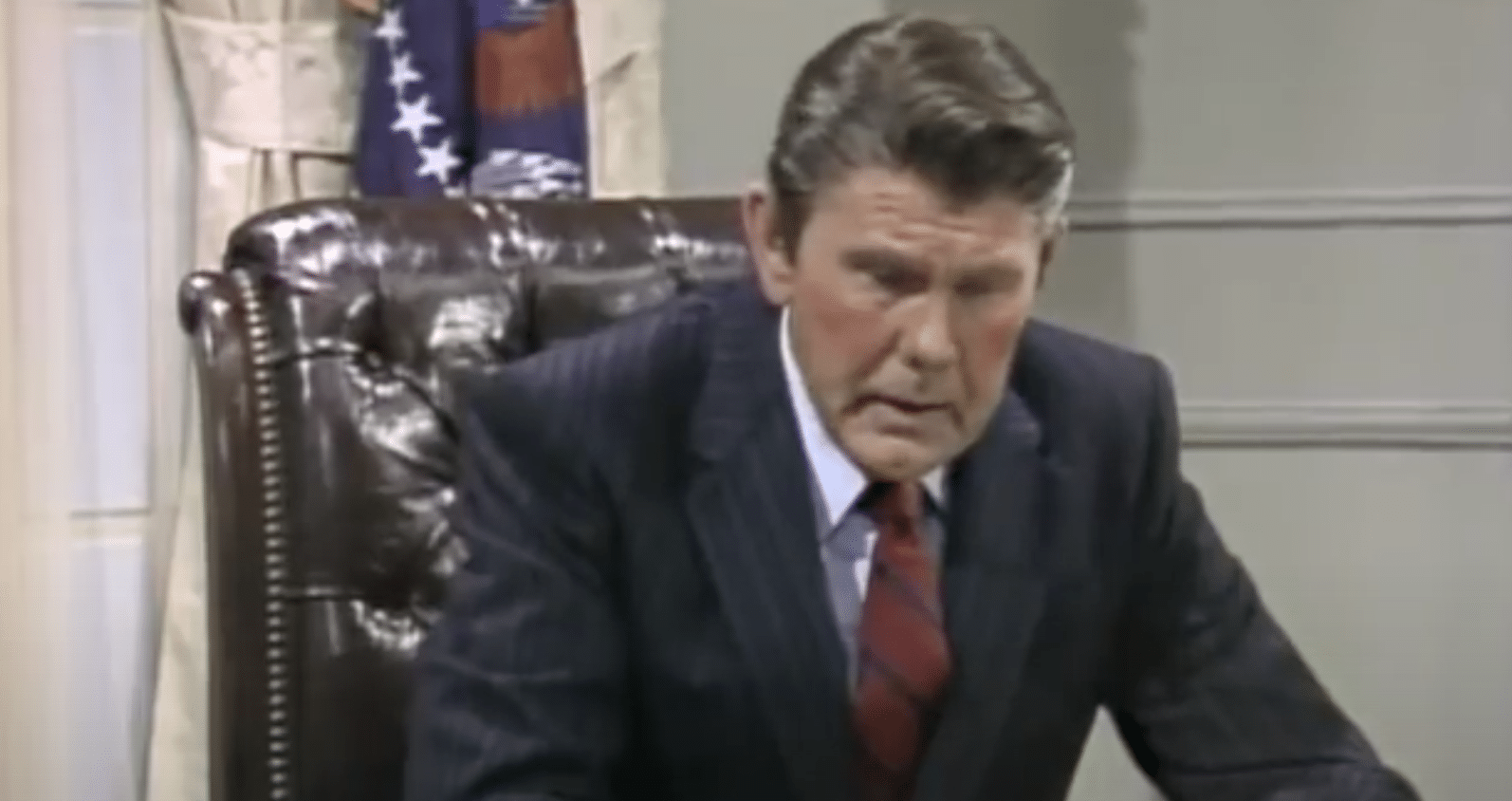 “You’re scheduled to go swimming with him tomorrow morning at the Y,” Holliday says.

“With what? I don’t even know with who, Jim,” Carsons says in the skit. 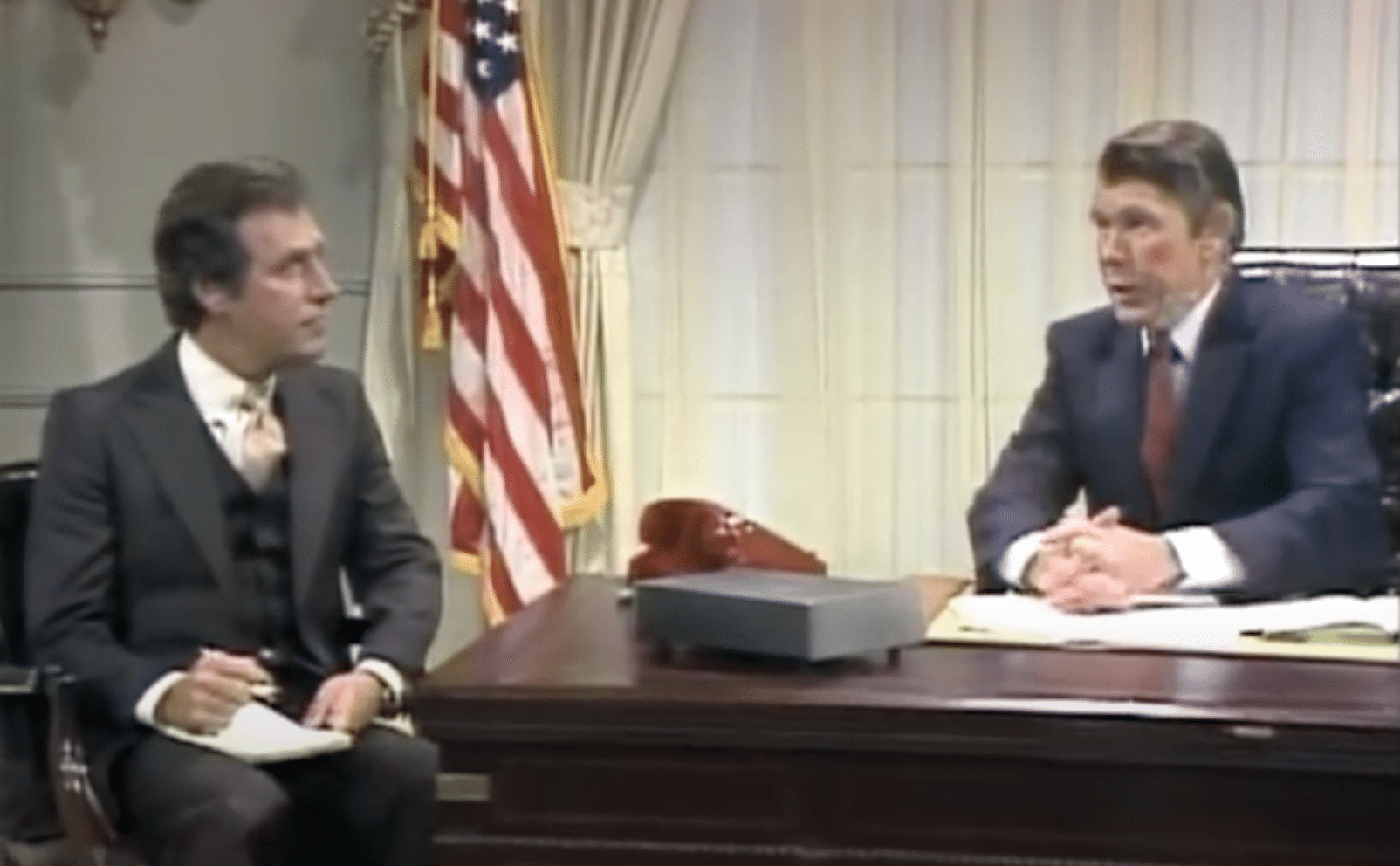 Carson would go on to portray Reagan a number of times in various sketches on TV. His well-quaffed hair and outrageous makeup made him look striking close to the movie star-turned-politician. And during Reagan’s initial rise to political stardom, during his first run at the Oval Office in the 1970s, Johnny Carson had the chance to have Reagan as a guest on his show.

In introducing Reagan, Carson said in the moment that “there are those who might say 1975 is only the beginning,” for then-former governor who sought the Presidency. While he ran unsuccessfully for office in the 1976 election, he would of course be elected 4 years later in 1981 by an overwhelming majority.