Police in Seattle arrested 16 people on Saturday after demonstrations turned into rioting and destruction and explosives were thrown into a coffee shop and another was reportedly thrown at Seattle police officers.

The Seattle Police Department (SPD) released a press statement on Sunday morning, showing the extent of damage caused by rioting the night before and reported a group of rioters attacked a coffee shop and threw explosives into the building.

Twitter user Katie Daviscourt tweeted footage of the incident, in which demonstrators hammered at the windows of a Starbucks coffee shop and two people threw what appeared to be fireworks into the building. Daviscourt described the group as “Antifa Militants and Black Lives Matter Rioters” though the exact group affiliation of those involved has not been identified by SPD.

HAPPENING NOW: Antifa Militants and Black Lives Matter Rioters break into and launch fireworks inside Starbucks.@SeattlePD declared this protest a riot and issued an order to disperse. #seattleprotests pic.twitter.com/lrFguvqRBX

Video of the incident at a Starbucks, showed people hammering at the business’ windows before one person is seen throwing a firework into the building through a broken glass door. As sirens can be heard and the crowd begins to disperse another individual can be seen holding a lit object. Moments later another firework appears to explode inside the building.

Demonstrators gathered near Cal Anderson Park at around 9 p.m. on Saturday and reportedly marched north along Olive Way,

According to the SPD statement, police declared the demonstrations, which began near Cal Anderson Park shortly after 9 p.m. on Saturday, to be an “unlawful assembly” and began dispersing the crowd. As police worked to disperse the crowd, another explosive was thrown at officers, according to the press statement.

SPD tweeted, “A dispersal order has been given to the group after extensive property damage to a business,” SPD tweeted on Saturday. “Explosives thrown towards officers. Multiple arrests being made at this time.”

Explosives thrown towards officers. Multiple arrests being made at this time.

In total, police made 16 arrests, for offenses including property destruction, assault, failure to disperse, and rendering criminal assistance.

SPD, in their press statement, also shared photos of graffiti and other acts of vandalism to businesses. 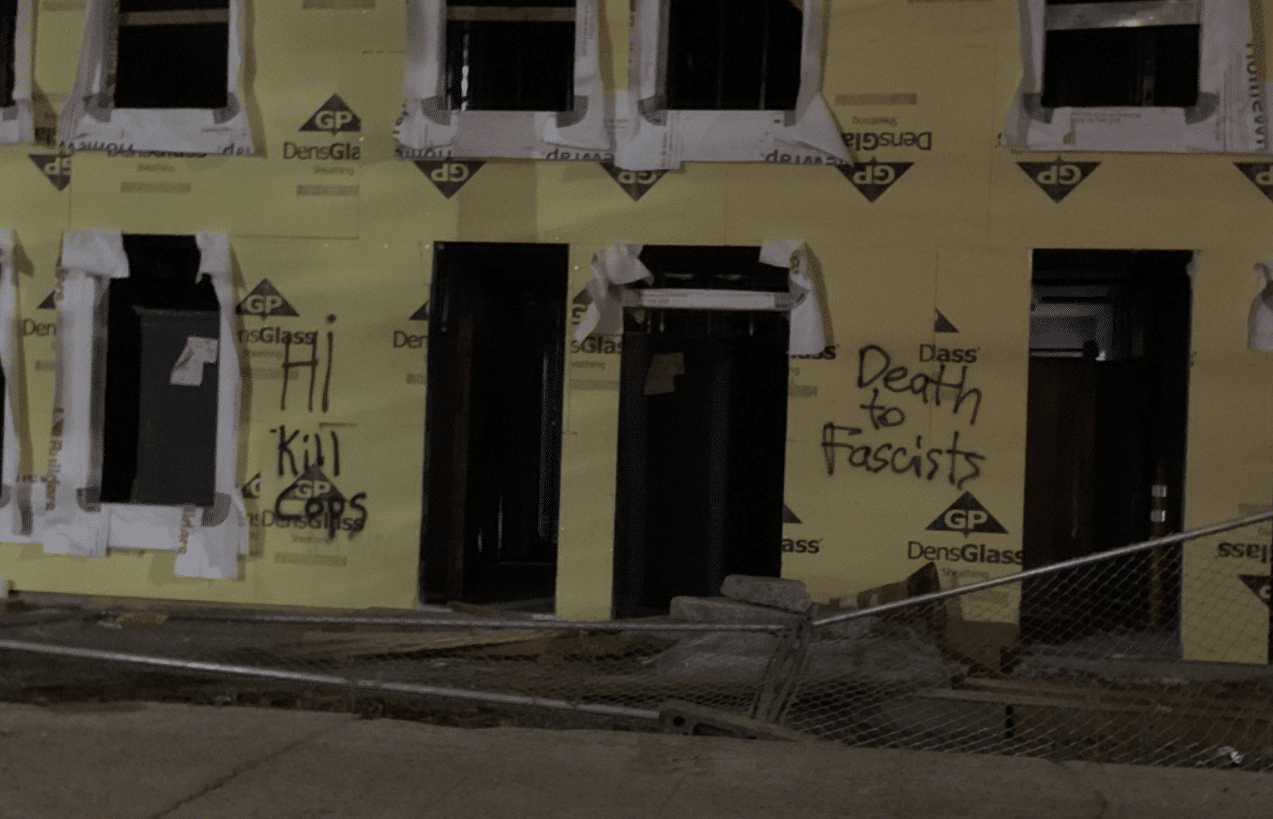 One business’ window was spray-painted with the words “Save a life Hang a Cop.” 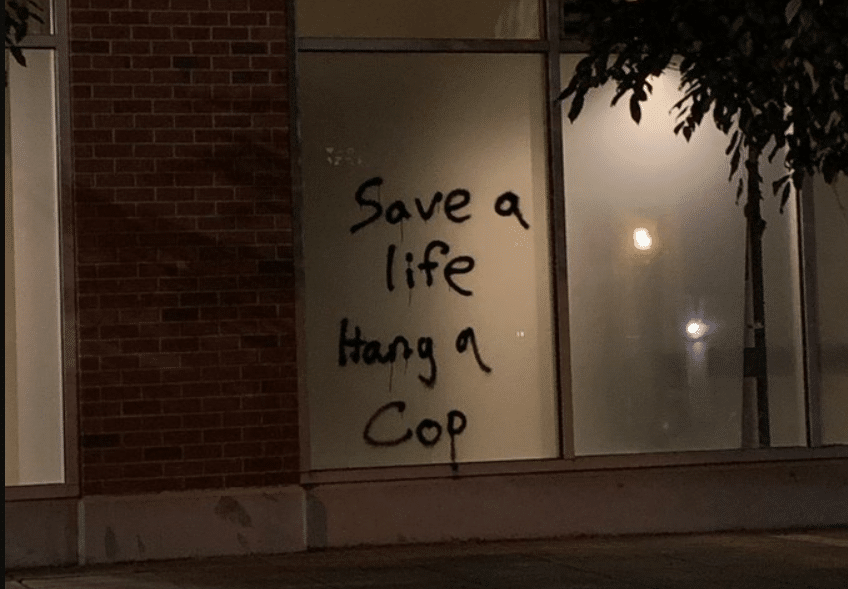 The destructive demonstrations on Saturday took place near the same area where activists formed the Capitol Hill Autonomous Zone (CHAZ), which disbanded in June.

In July, 59 SPD officers were injured, including one officer who was hospitalized, after being injured by rioters who SPD said threw “large rocks, bottles, fireworks and other explosives at officers.”