The trials are the last major milestone before Austal delivers the ship to the Navy. The Mobile is the third Austal-built ship to complete trials this year, after another Littoral Combat Ship, the future USS Oakland, in May and an Expeditionary Fast Transport, the future USNS Newport, in August. The Oakland was delivered to the Navy in June and the Newport in early September. 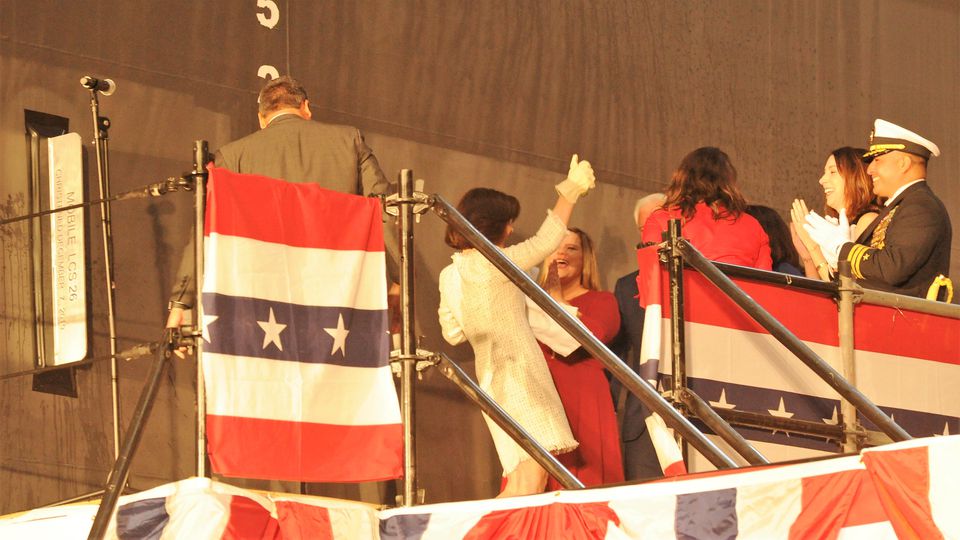 Because the Mobile is named for the city where it was built, the steps in its progress — including the “first cut” in December 2017 and the keel authentication ceremony in December 2018 — have been accompanied by extra fanfare. Hundreds of spectators and dignitaries attended the vessel’s christening in December 2019, with many of them seated underneath one arch of the ship’s trimaran hull.

“I am proud of how the Austal team has come together again, in the middle of this pandemic, only a week after a Cat 2 hurricane made landfall in our backyard, completing another major milestone for one of our Navy ships – especially one so near and dear to us, named after our great city of Mobile, Alabama,” Austal USA President Craig Perciavalle said. “This is proof of what happens when we work together with our Navy teammates to form an incredibly strong team that just gets the job done, and done the right way!” 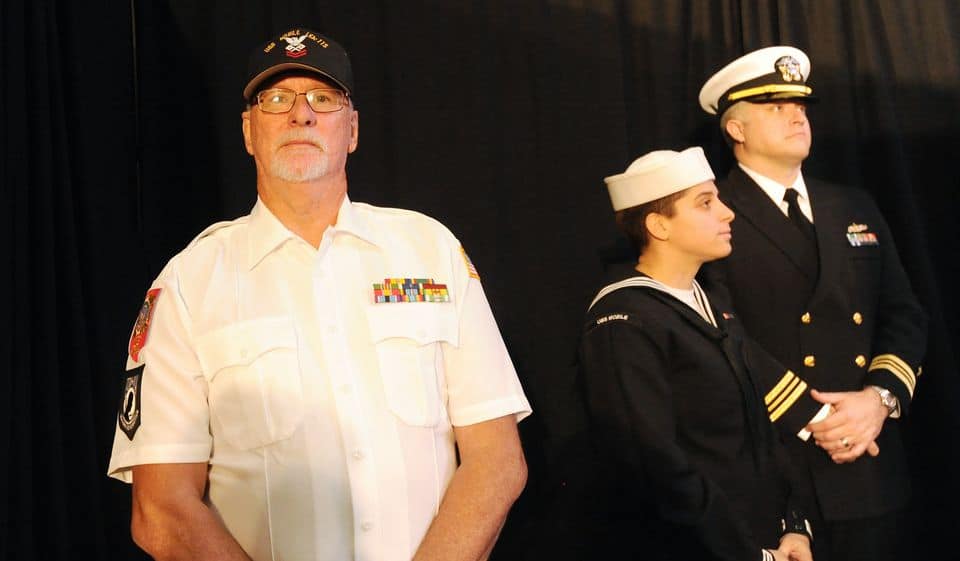 Ron Evans served during the Vietnam War aboard the fourth USS Mobile, an amphibious transport ship. On Dec. 7, 2019, he was present as the fifth ship of that name, a Littoral Combat Ship built in in Mobile, was christened. (Lawrence Specker | [email protected]/TNS)

According to the latest information from Austal USA, four more Littoral Combat Ships are under construction: The Savannah (LCS 28) has launched and is preparing for trials. Final assembly is under way on the future USS Canberra (LCS 30) and USS Santa Barbara (LCS 32). Modules for the future USS Augusta (LCS 34) are under construction in the module manufacturing facility.

After those come LCS 36, the Kingsville, and LCS 38, the Pierre. Those are the last two ships on order in the Navy’s LCS program.