For the third time in its history, the U.S. Navy will add a USS Barb to its fleet, carrying on a legacy of storied strength in battle.

Last week, Navy Secretary Kenneth Braithwaite announced that two new vessels would be added to the Navy’s fleet. The first will be a future guided-missile destroyer named after John F. Lehman, the 65th Secretary of the Navy. The second will be a future Virginia-class submarine called the Barb, honoring a World War II sub that is credited with sinking the most tonnage of Japanese shipping, including an aircraft carrier.

“Our future success depends on leveraging the stories of those who sailed into harm’s way, to teach and inspire the service of those who now wear the uniform,” said Braithwaite in a written statement. “Those two namesakes carry a great legacy that will be continued when these warships take to the fleet.”

Originally named after a red and black striped fish native to Thai and Malaysian waters, the original Barb was commissioned in 1942. Over the course of World War II, she carried out 12 devastating patrols, including one that sank four Japanese commercial ships and numerous smaller vessels.

The Barb also saved 14 British and Australian prisoners of war from a Japanese cargo ship before sinking the Japanese aircraft carrier Un’yō only a day later.

The Barb’s most impressive achievement came in July 1945 when her crew went ashore on Karafuto, Japan, where they planted explosives on a nearby train track. The crew rushed back to the Barb as the bombs detonated, sending train car pieces and debris 200 feet in the air. The Barb’s battle flag included a train as a nod to this conquest. 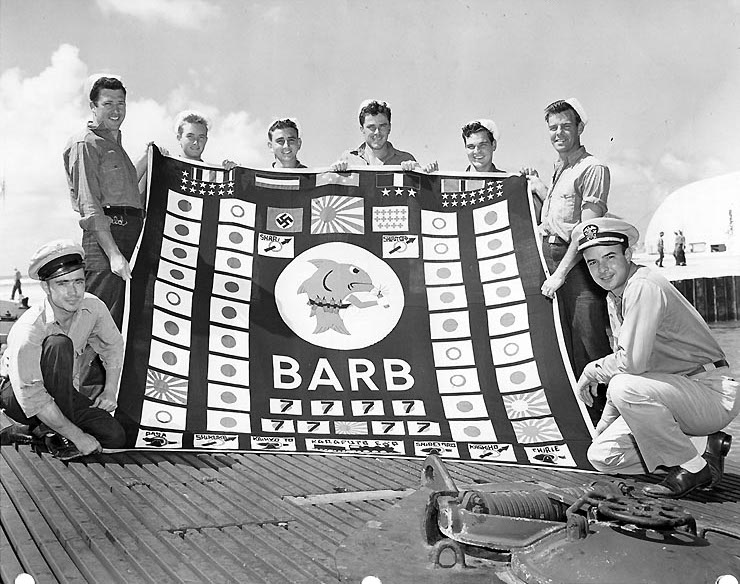 The Barb’s skipper, Commander Eugene “Lucky” Fluckey, would go on to earn the Medal of Honor and his crew would earn six Navy Crosses, 23 Silver Stars, 23 Bronze Stars and the Presidential Unit Citation.

The second Barb was commissioned in 1963 and served in the Vietnam War.

“These naval combatants, and many others named after historic leaders and battle-tested namesakes are one of the key components of our great Naval culture and heritage,” Braithwaite said. “The other is the men and women who volunteer to serve this great nation above self, adding to the fabric of honor, courage and commitment which guides our great Navy each and every day.”

Commission dates for the future destroyer and attack submarine have not been set.

Report: WH official went to Syria about freeing Austin Tice, other US hostages