This article was originally published by the U.S. Department of Justice.

The United States has seized “Aletejahtv.com” and “kataibhezbollah.com,” two websites that were unlawfully utilized by Kata’ib Hizballah, a Specially Designated National and a Foreign Terrorist Organization.

“Seizures like these are critical to preventing designated entities and terrorist organizations from using U.S. websites to recruit new members and promote their twisted world views,” said Assistant Attorney General for National Security John C. Demers.   “While this case is a reminder that terrorists don’t need to step foot in our country to further their aims, today’s actions show that the Department will do what it takes to stop them.” 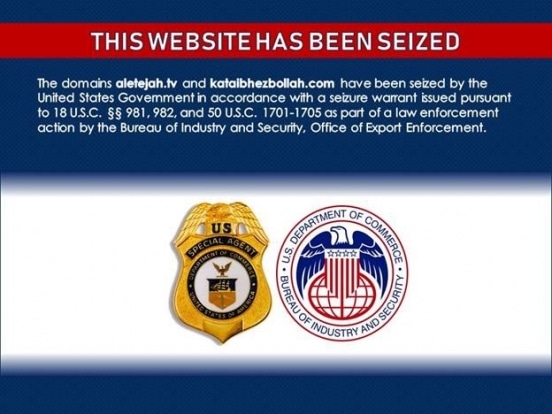 “We will be steadfast in protecting our electronic infrastructure and commerce system from use by terrorist groups,” said U.S. Attorney Byung J. “BJay” Pak of the Northern District of Georgia.  “This seizure shows that we will continue to leverage our national reach to stop these groups from using U.S.-based resources to further their terrorist agenda.”

“The internet is continuously updating with new threats to our nation’s safety, but we will continue to rise and meet this challenge,” said G. Zachary Terwilliger, U.S. Attorney for the Eastern District of Virginia. “The success of this seizure should serve as a message to others that would threaten the safety of our communities: We will continue to fight terror groups and their propaganda no matter the domain.”

“The Bureau of Industry and Security’s Office of Export Enforcement will continue to aggressively disrupt Iranian backed terrorist organizations such as Kata’ib Hizballah from utilizing U.S. based online networks and services in violation of U.S. law,” said P. Lee Smith, Performing the Non-exclusive Functions and Duties of the Assistant Secretary for Export Enforcement at the Department of Commerce.  “The Bureau of Industry and Security is committed to protecting our war fighters and Allied Forces from terrorist acts of violence inspired and directed via online networks.”

Within weeks, federal agents located the content from “Aletejahtv.com” and “Aletejahtv.org” on “Aletejahtv.com” and “kataibhezbollah.com,” including the Kata’ib Hizballah flag and the words “Islamic Resistance, Kataib Hizbollah.” The content even included false information about COVID-19 designed to damage perception of the United States in the minds of Iraqi citizens and to destabilize the region to the benefit of Iran.

On Oct. 14, 2020, pursuant to a seizure warrant issued in the Eastern District of Virginia, the United States seized “Aletejahtv.com” and “kataibhezbollah.com.” Visitors to the site received the following message:

This seizure was investigated by the Department of Commerce, Bureau of Industry and Security.