A U.S. district judge on Tuesday ruled that a 20 year-old man charged with lying on an application form to buy the rifle he planned to use in a mass shooting at a West Lubbock hotel last year was competent to stand trial.

William Patrick Williams appeared Tuesday in federal court for a hearing after which U.S. District Judge James Hendrix issued an order finding him competent to stand trial on a federal count of making a false material statement during the purchase of a firearm.

According to the order, both Williams’ defense attorney and federal prosecutors agree with the conclusion of a psychologist who evaluated Williams. The psychologist filed a report in May determining that Williams was mentally competent to stand trial and is able to assist his attorney in his defense. 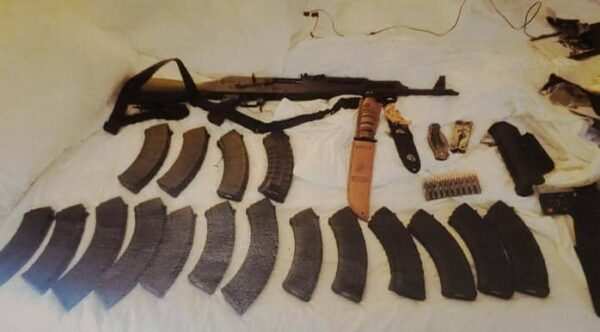 “Defendant William Patrick Williams is not now suffering from a mental disease of defect which would interfere with his ability to meet the legal criteria of competency to stand trial, and sad Defendant is legally competent to stand trial,” court documents state.

A trial date has not been set. A federal grand jury indicted Williams on Aug. 14, 2019. However, an arraignment date was not set before COVID-19 delayed court operations.

Williams’ charge stems from an investigation that began on July 13, 2019, after his grandmother contacted the police, concerned that he was homicidal and suicidal.

She said Williams called her and revealed his plan to draw people out of the hotel and shoot them before he was shot to death by police, according to court documents. However, he told her he was reconsidering his plans and wanted to surrender to the police.

Williams’ grandmother convinced him to allow her to drive him to a hospital where they met with an off-duty police officer working security there to whom Williams gave written consent to search his hotel room, the document states.

A search of the room yielded an AK-47 style rifle, hundreds of rounds of ammunition and 17 magazines, and four knives, according to court documents.

Authorities learned that Williams reportedly lied about his address on a firearms application form for the rifle, according to a federal indictment.

A Lubbock police detective’s affidavit indicates that Williams’ despair over his military discharge for mental health issues drove him to plan the shooting.

Williams entered the Marine Corps with severe depression/anxiety and suicidal ideation, but did not exhibit any signs of it until after he made it through boot camp and basic combat training, the affidavit states.

He was discharged from service and returned to Lubbock but was unable to adjust to civilian life.

Williams learned he was eligible for monthly disability payments because of his mental illness diagnoses which included depression/anxiety, suicidal ideation and avoidant personality disorder.

“Upon receiving these notifications, Patrick was upset that he had been deemed ‘defective’ by the military,” the affidavit states. “These notifications served to worsen his depression and he began to formulate a (plan) to commit suicide.”