On Oct. 12, 2000, suicide terrorists exploded a boat alongside US Navy destroyer USS Cole as it refueled in the Yemeni port of Aden. (FBI/Released)
October 12, 2020 Laura Widener
Share
Tweet
Flip

The guided-missile destroyer USS Cole was attacked by suicide bombers while refueling in Yemen 20 years ago today, Oct. 12, 2000. The explosion blasted a large hole in the hull of the ship, killing 17 U.S. Navy sailors and injuring 39 others.

The attack was the deadliest attack against a U.S. Navy destroyer since 1987. It was reported that the event foreshadowed the 9/11 terrorist attacks, which would take place less than a year later. 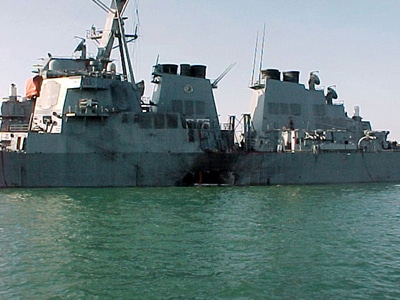 Port side view showing the damage sustained by the Arleigh Burke class guided missile destroyer USS Cole (DDG 67) on October 12, 2000, after a suspected terrorist bomb exploded during a refueling operation in the port of Aden, Yemen. (U.S. Department of Defense/Released)

Al-Qaida claimed the attack, and a U.S. judge later ruled that Sudan was responsible for the attack. Another judge released more than $13 million in frozen Sudanese assets to the families of those sailors who were killed.

The 17 sailors who were killed were:

Because of the attack, the U.S. Navy has reconsidered its rules of engagement. The rules in 2000 prevented the destroyer’s guards from firing on the small boat prior to the explosion, which was not known at the time. The small vessel had not obtained permission from the captain to approach. 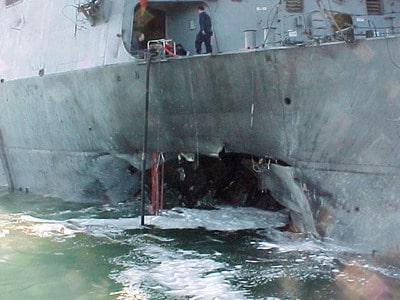 Port side view showing the damage sustained by the Arleigh Burke class guided missile destroyer USS Cole (DDG 67) on October 12, 2000, after a suspected terrorist bomb exploded during a refueling operation in the port of Aden, Yemen. (U.S. Department of Defense/Released)

Then-President Bill Clinton had proclaimed the attack a “despicable and cowardly” act of terrorism, and promised to find those responsible.

Al Qaeda terrorist Jamel Ahmed Mohammed Ali Al-Badawi, believed to be the mastermind of the attack, was killed in January 2019 when a Predator drone struck his vehicle in an isolated attack as he was driving alone in the Ma’rib Governorate located in central Yemen. 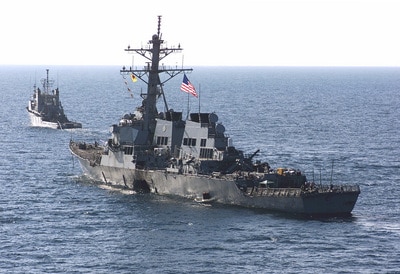 The USS Cole (DDG 67) is towed away from the port city of Aden, Yemen, into open sea by the Military Sealift Command ocean-going tug USNS Catawba (T-ATF 168) on Oct. 29, 2000. (U.S. Department of Defense/Released)

He was one of the top terror figures on the FBI’s most-wanted list, and the U.S. State Department had a $5 million reward offered for information that led to Al-Badawi’s arrest. He was originally arrested by Yemeni authorities in December 2000 for the USS Cole attack, but escaped from a Yemen prison in April 2003. He was recaptured nearly a year later, but managed to escape again in February 2006.

Abd al Rahim al-Nashiri, another Al Qaeda terrorist, was also a leading member in the USS Cole bombing. He was the first to be charged for the USS Cole attack, and has been in U.S. custody since 2002, awaiting trial at Guantanamo Bay since 2006.

The Yemen-based sect of Al Qaeda in the Arabian Peninsula (AQAP) is considered the terrorist organization’s most lethal. It has been able to take advantage of the civil war in Yemen to hide amongst the chaos.

There is now a memorial for the victims at Naval Station Norfolk, which was dedicated on the shore of Willoughby Bay one year later. 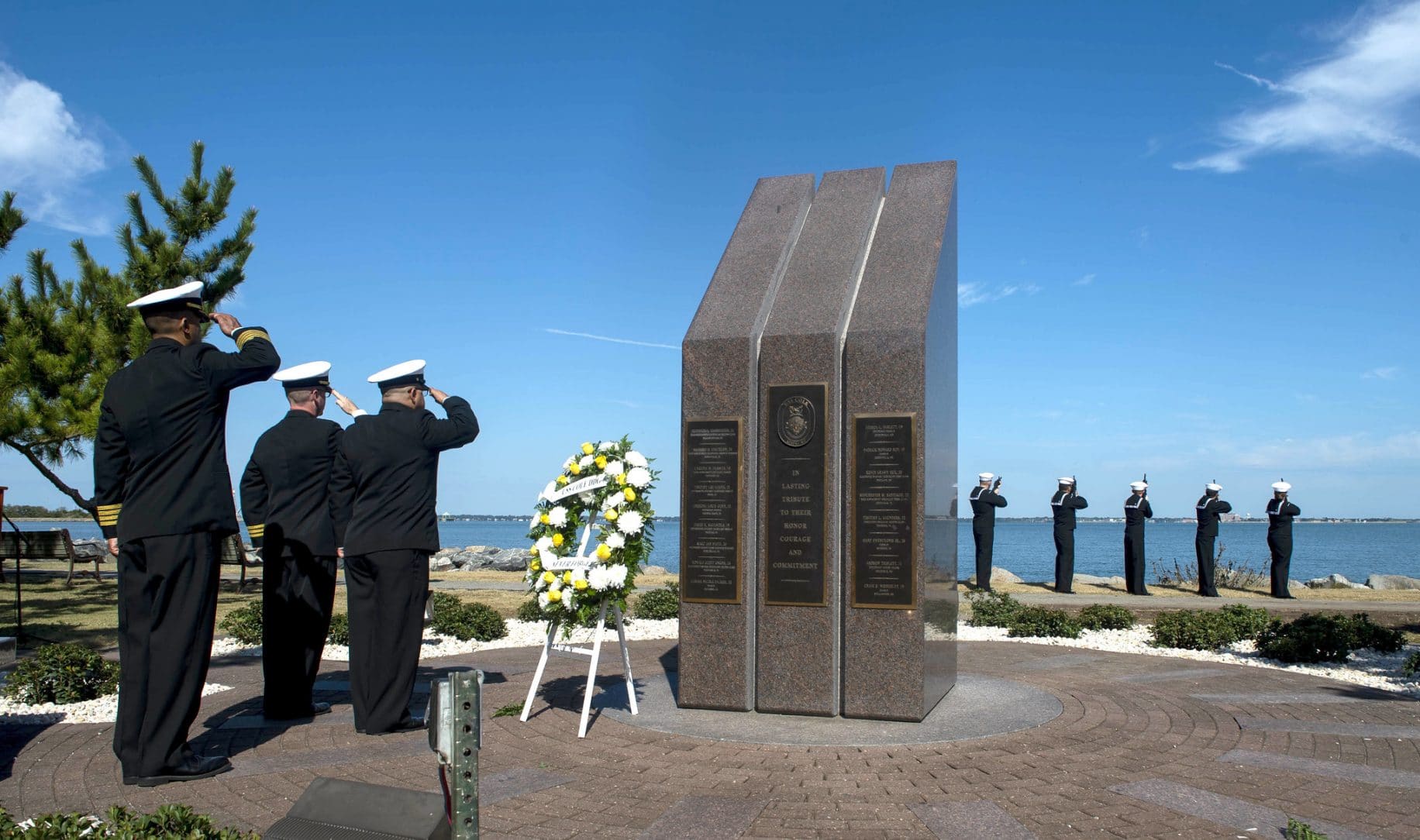