The historic Cape Hatteras Light Station grounds were closed Thursday after a bomb appeared in the surf at Buxton on the Outer Banks, according to the National Park Service.

A half-mile safety perimeter was established to keep tourists out, including the lighthouse grounds, nearby parking lots and surrounding beach, officials said in a release.

“After careful examination, a U.S. Navy Explosive Ordnance Disposal (EOD) unit from Norfolk, Virginia, confirmed that the object … is a live military ordnance,” the National Park Service said in an update Thursday night. 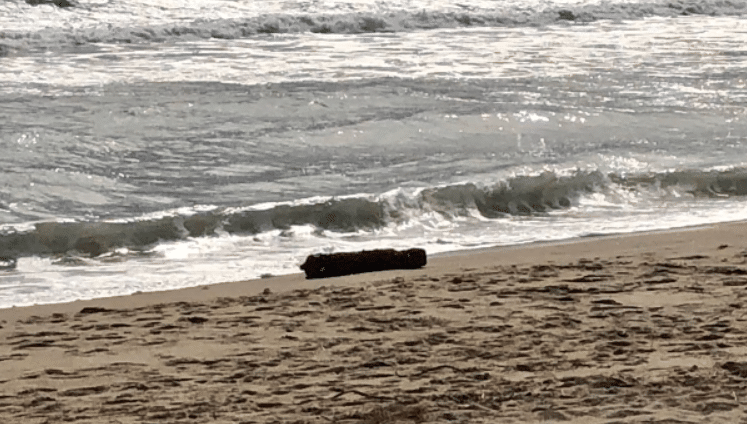 “The U.S. Navy EOD unit has placed the unexploded ordnance, described as a 100-pound aerial bomb from the World War II era, deep inside the beach near the Cape Hatteras Lighthouse Beach Access parking area. At around 9 a.m. October 23, the unit will detonate the ordnance in place.”

Damage to nearby structures is unlikely, but “Buxton residents and visitors may hear the detonation,” officials said.

Military training exercises were common in waters off the Outer Banks during World War II, and objects resembling torpedoes and mines have a history of washing ashore, McClatchy News has reported in the past. In some instances, the bombs are buried in the sand and may be revealed by rough surf, the newspaper reported.

“The discovery of old military devices is not uncommon along the Outer Banks,” National Parks of Eastern N.C. Superintendent David Hallac said in the release. “Cape Hatteras National Seashore visitors should always be on the lookout for beach hazards, especially during and after periods of rough surf.”

The object, which likely washed ashore, was found at the edge of the surf at the Cape Hatteras Lighthouse Beach Access, officials said. The following areas of the national seashore are closed until the bomb is safely detonated, officials said: