Utah Jazz center Rudy Gobert, a French national, recently shared a post to his Instagram story condemning China over claims “Millions of Uyghur Muslims are detained and tortured in concentration camps in China.”

OutKick captured a screenshot of Gobert’s Instagram story, which deletes automatically after 24 hours. Gobert’s post shows a light blue background, which the South China Morning Post reported is similar to the flag of East Turkistan, the name many Uygurs give to the Xinjiang region controlled by China. 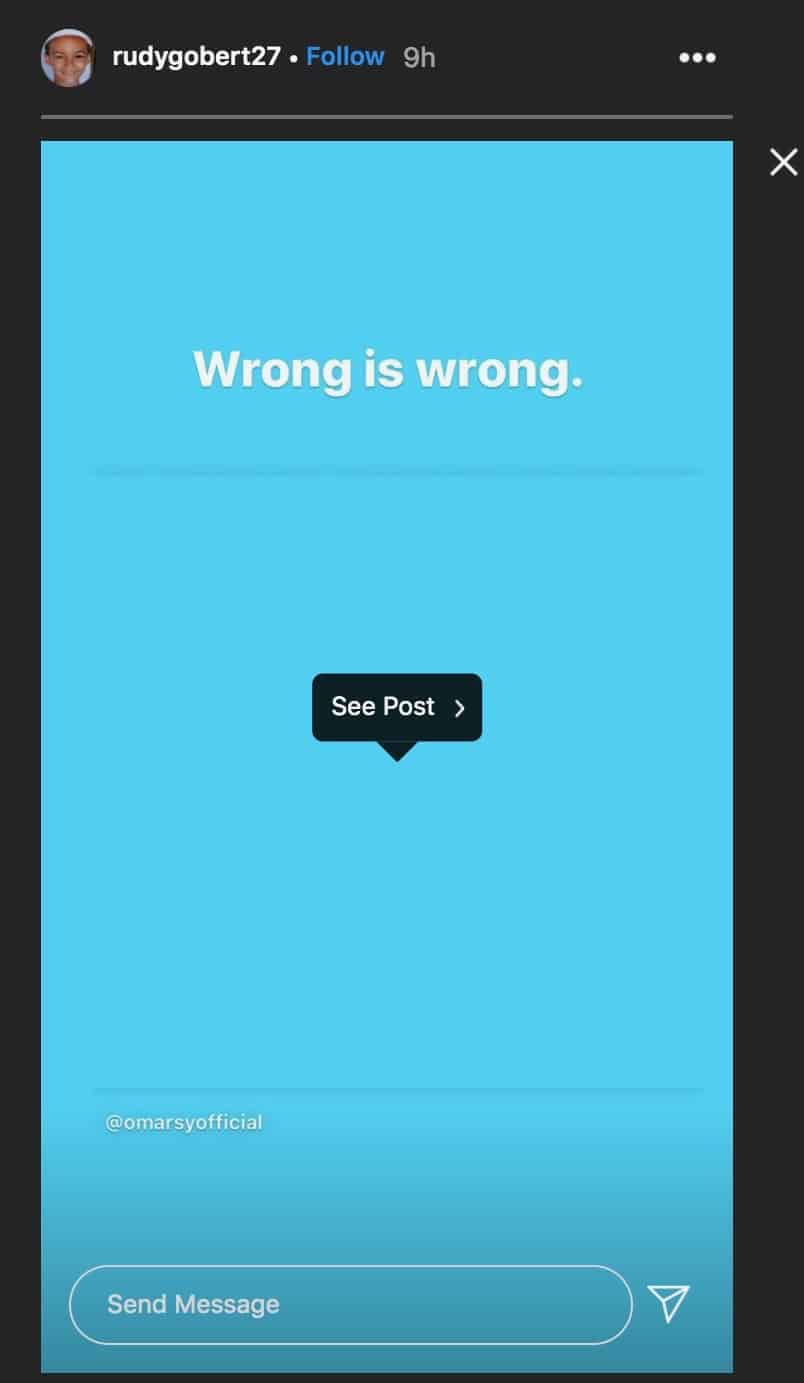 Gobert’s story linked to an Instagram post shared by French actor Omar Sy. The post states in French and in English, “Millions of Uyghur Muslims are detained and tortured in concentration camps in China. Not for what they do, but for who they are. It is the largest mass incarceration of the 21st century. It has to end. #FreeUyghurs.”

The U.S. government’s Commission on International Religious Freedom (USCIRF) and other human rights observers have estimated 1.8 million Uyghurs and other Muslim minorities are believed to be detained in 1,300 to 1,400 internment camps in China’s Xinjiang Uyghur Autonomous Region (XUAR). In June, President Donald Trump signed legislation to sanction Chinese officials deemed complicit in running the internment camps.

Gobert’s criticism of China comes a year after the NBA received backlash for apologizing to China for a separate criticism of the country’s human rights record. The league apologized after Houston Rockets general manager Daryl Morey tweeted “Fight for freedom, stand with Hong Kong,” a message echoing that of Hong Kong protesters opposing China’s legislative takeover of the semi-autonomous territory. Morey’s tweet set off a public relations backlash for the NBA.

Days after Morey’s tweet, the NBA officials kicked out fans attending an exhibition game between the Philadelphia 76ers and a Chinese basketball team, after the fans were seen holding signs “Free Hong Kong” and “Free HK” messages. Days after that, NBA star Lebron James responded to Morey’s controversial tweet, saying “I’m not here to judge how the league handled the situation. I just think that, when you’re misinformed or you’re not educated about something, and I’m just talking about the tweet itself, you never know the ramifications that can happen.”