JFK’s gravesite, most visited in Arlington National Cemetery, reopens to the public

President John F. Kennedy’s gravesite at Arlington National Cemetery (ANC) — the site’s most visited grave — was reopened to the public on October 3 after access had been temporarily limited due to the COVID-19 pandemic.

The reopening includes directional signs to guide visitors in an effort to maintain one-way pedestrian traffic, the cemetery stated in a website announcement.

“The one-way route will guide visitors to the right side of the Kennedy quotation wall and exit them to the left, near Joseph Kennedy’s memorial marker,” the website read. “Cemetery staff request that all visitors follow the directions provided, avoid moving any barriers and ask for assistance when needed.”

Prior to COVID-19 restrictions, Kennedy’s grave was the most visited site in the cemetery, with millions of visitors each year. In addition to the former president, visitors often visit nearby Kennedy family members buried in Arlington, including two of JFK’s brothers: Senator Robert Kennedy and Senator Edward Kennedy. Former First Lady Jacqueline Kennedy Onassis was buried next to her husband on May 23, 1994. 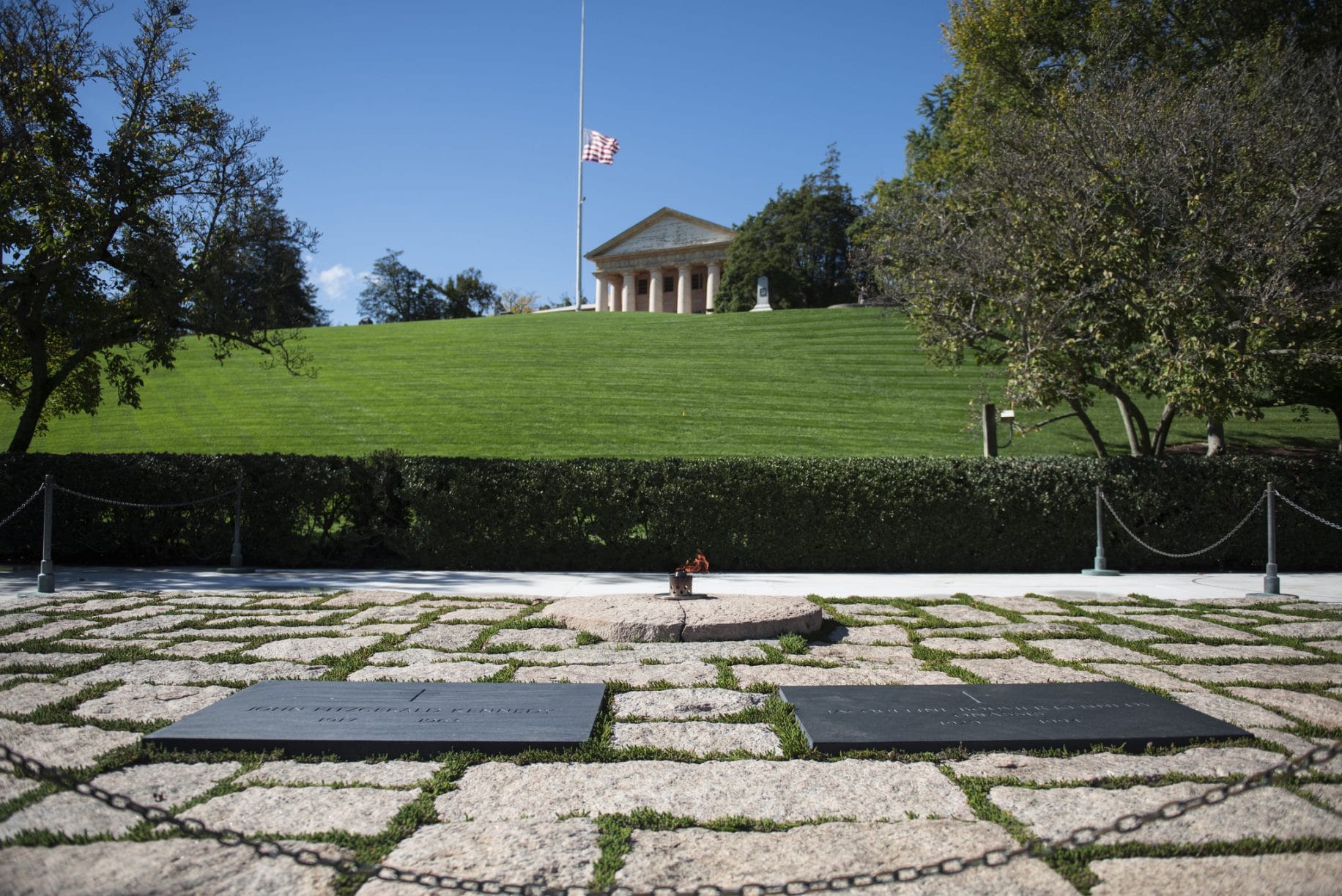 In March, ANC was made off-limits to visitors except for family members, but access to Kennedy’s gravesite was completely closed. Popular spots like the Tomb of the Unknown Soldier, the Memorial Amphitheater, and exhibits in the Welcome Center were also closed in March and have yet to be reopened.

The cemetery is now open seven days a week from 8 a.m. to 5 p.m. Visitors are being asked to wear face masks and social distance despite the outdoor setting.

John F. Kennedy and William Howard Taft are the only two presidents buried at ANC. Kennedy was initially expected to be buried in his hometown of Brookline, Mass., but wound up joining Taft and Woodrow Wilson as the three presidents buried outside their native states and in the National Capital.

According to the ANC website, in 1965, Public Works appropriation included $1,770,000 to improve the surrounding area that accommodated the visiting public, but the Kennedy family paid actual costs in the immediate grave area.