The family of U.S. Army Pvt. Richard Halliday has expanded its search for the missing Fort Bliss soldier across the border into Juárez.

The Halliday family this week will continue daily rallies and demonstrations in El Paso, including at the international bridges, to raise awareness about the missing soldier.

“We are extending our stay. We really believe there is a good chance he is still alive,” the soldier’s mother, Patricia Halliday, said Wednesday at a rally near the Cassidy Gate to Fort Bliss. 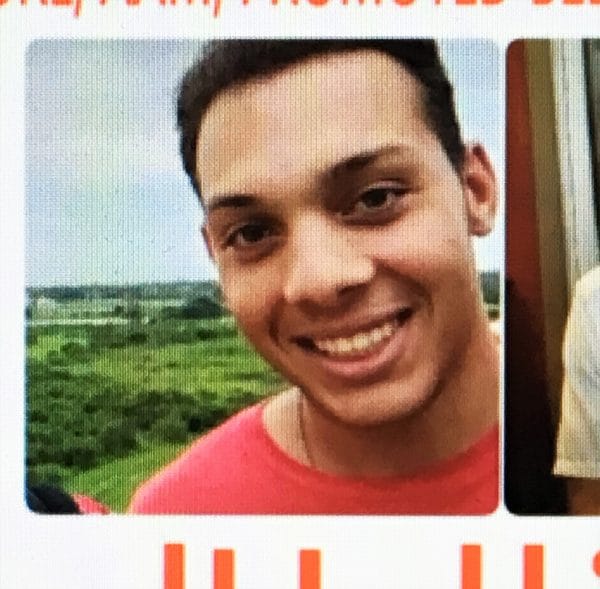 A missing person flyer for U.S. Army Pvt. Richard Halliday, who has been missing from Fort Bliss since July 2020.
(Daniel Borunda/El Paso Times/TNS)

Pvt. Halliday has been missing since July 23 when he last communicated with his parents, who reside in Florida.

The 21-year-old private was classified as absent without leave by the Army, which is offering a $25,000 reward for credible information leading to his whereabouts. The family has also raised $12,000 for a reward.

The family, with the help of Spanish-speaking volunteers, has filed a missing person’s report with the Chihuahua attorney general’s office in Juárez, according to updates on the Find Richard Halliday Facebook page set up by the family.

Missing-person flyers have been posted near the border bridges.

The family will pass out candles, pray and rally at 4 p.m. daily this week. The rallies will be:

The Halliday family also stated on its Facebook page that it has received “ransom calls and messages. These have been given to the CID (U.S. Army Criminal Investigation Command, commonly known as CID) and so far have been hoaxes.”

The family also stated that Pvt. Halliday’s U.S. passport was found in his room inventory though the military in the last 35 days had previously told the family there had been no passports found.

Patricia Halliday said she finds encouragement in other soldiers and the support they have expressed.

“We love our soldiers and we want to show them that we have their back. No soldier left behind,” she said.

“Our children are not disposable,” she added, her voice cracking with emotion.