The wildly popular Facebook page of the veteran-owned apparel company American AF has been permanently banned by the platform over its political satire merchandise.

American AF’s page, with more than 1.6 million followers, was banned without warning on Oct. 16 after more than five years on Facebook. Facebook said the decision is permanent.

A Facebook representative said the brand was promoting merchandise with “’Trump’ and ‘Keep America Great’ branding in a misleading way – namely that this was official Trump merchandise, affiliated with the Trump campaign.’”

American AF CEO Shawn Wylde, a former Marine officer who founded the company in 2015, said his company has never claimed to promote official Trump campaign merchandise. He says Facebook is targeting his business for selling Trump merchandise. Wylde’s art doesn’t only parody or draw attention from Republicans, however. He has designs featuring notable Democrat figures such as former presidents Barack Obama and Bill Clinton. 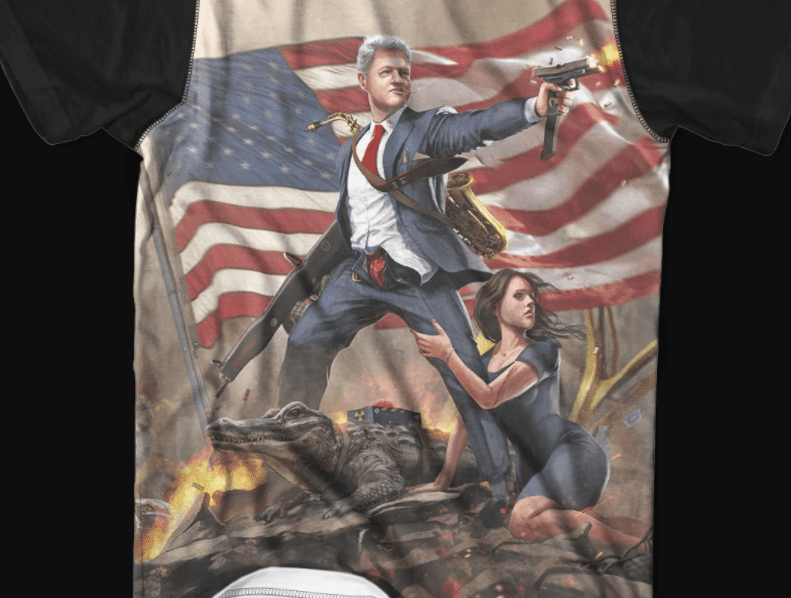 “We’re independent. They know that,” Wylde told American Military News. “What that tells us is that this [decision] is malicious. It was done to punish us, to stop us from doing what they think is helping Trump in the election.”

After banning his page, Facebook informed Wylde that he could create a new page and continue his advertising – something that they even offered to help him set up.

American AF amassed $15 million in annual sales in 2019 and expects to reach $10 million in 2020. Its advertising is also significant, with $4.3 million spent on Facebook ads in 2020 alone. The company has spent more than $16.6 million in Facebook advertising over the past five years. A study by New York University’s Tandon School of Engineering listed American AF as Facebook’s third-highest political advertiser even though only some of its apparel is politically-themed.

Wylde said the decision has been devastating. “It kills our business. … It’s akin to shuttering an entire brick and mortar business.”

“What makes this case so different is that his content has not changed. He’s paid so many millions over the years and they’ve never had a problem with his content until two weeks before the election,” Parlatore said.

Wylde’s designs have been shared by Trump himself, as well as Donald Trump Jr., Pete Hegseth, and more.

Trump himself shared a photo of one of Wylde’s designs – a “Rocky” themed boxer with Trump’s face imposed on the body – in November 2019 and it remains one of Trump’s most ever liked tweets.

A post from Donald Trump Jr. featured one of Wylde’s “Trump Tank” designs depicting Trump standing aboard a tank outfitted in campaign graphics, before a patriotic background mixing the American flag, an explosion, fireworks, an eagle, and military weaponry.

“I have it from reliable sources that this is a real picture,” Trump Jr. tweeted along with laughing emojis.

“If they don’t put the page back, then we don’t have much of a choice than to file a lawsuit,” Parlatore said. “They acted in bad faith and their illegal actions have significantly cost my client in terms of revenue.”