U.S. Rep. Veronica Escobar joined the family of a missing Fort Bliss soldier Thursday in asking that the FBI join the investigation amid growing suspicions of foul play.

The family of Pvt. Richard Halliday has received information leading them to suspect foul play was involved in his disappearance, his mother, Patricia Halliday, said at an afternoon news conference outside the Army post.

The private went missing in July in a case being handled by U.S. Army Criminal Investigation Command, commonly referred to as CID. 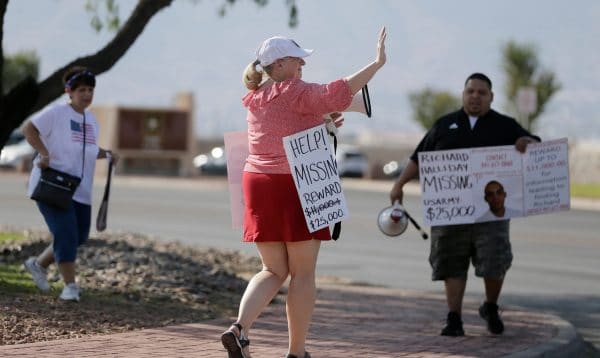 “At this time, the FBI El Paso office has not received a request for assistance from Army CID. We are monitoring the situation and are ready to provide resources upon receipt of such a request,” FBI spokeswoman Special Agent Jeanette Harper said Thursday.

The family wants a “neutral and unbiased third party” to investigate the disappearance, Patricia Halliday said.

The missing soldier’s mother was joined by Escobar at the news conference and rally at the Buffalo Soldier Gate to Fort Bliss near the El Paso International Airport. 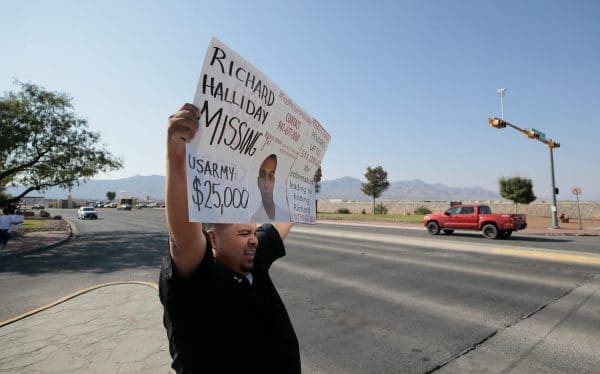 The FBI should help military investigators to bring as many resources as possible to find the soldier, said Escobar, an El Paso Democrat who sits on the House Armed Services Committee.

The family received information from a woman claiming she went on a date with another Fort Bliss soldier who allegedly used a credit card with the missing soldier’s name, Patricia Halliday said at the news conference. 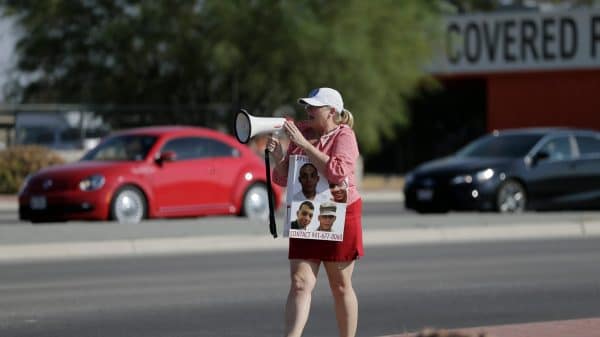 On Wednesday, Patricia Halliday spoke again with woman, who again repeated that she had seen the credit card and that she had given that information to Army investigators. The woman claimed she recognized the name on the card from missing-person flyers.

Patricia Halliday added that her son’s credit cards were found to be “maxed out,” which she said would be unlike her son. 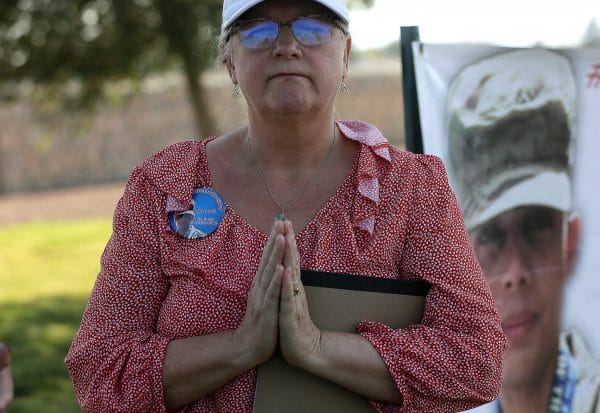 The family also was upset that they were initially told by the military that the private’s passport was missing, only to learn more than a month later that the passport was among items found in his room.

Richard Halliday grew up in Europe and is an experienced international traveler. The supposed missing passport had caused the family to possibly believe he might have left the country.

The 21-year-old soldier has been missing since July 24, a day after he last communicated with his parents, who live in Florida.

His parents said they didn’t learn he was missing until Aug. 28 when they called Fort Bliss after becoming worried because they hadn’t heard from their son for weeks, believing he might have been training in the field.

The soldier was classified as absent without leave by the Army. Fort Bliss authorities have searched for him on post and in the El Paso area. 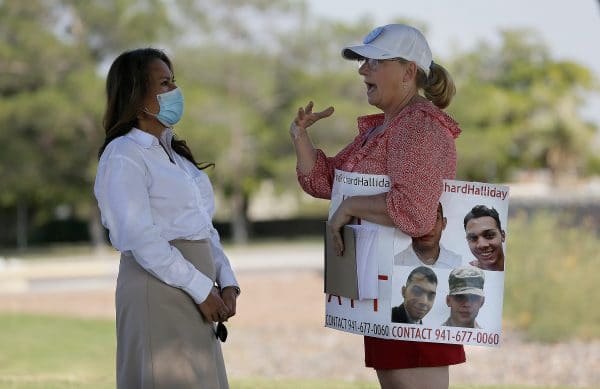 Last month, more than 200 soldiers searched the Franklin Mountains for Halliday. His parents say he loves the outdoors.

The Army is offering a $25,000 reward for credible information leading to his location.

Two weeks ago, Halliday’s parents arrived in El Paso to search for him. The family and volunteers have been posting and passing out missing-person flyers and have had almost daily demonstrations outside entrances to Fort Bliss and the international bridges connecting El Paso and Juárez.

A missing-person’s report was filed with Juárez authorities. The Chihuahua attorney general’s office issued a missing-person bulletin for him.

A group of deported U.S. military veterans and others plan to conduct a search in Juárez on Saturday, local conservative activist Sammy Carrejo said.

His mother said: “Just because we are working with the Mexican government, it doesn’t mean we believe Richard is in Mexico. We are following every lead in the United States and in Mexico. We are leaving no stone unturned. We want to find our son.” 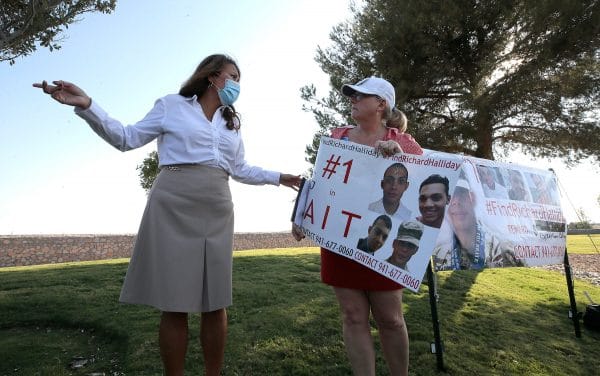 Escobar is supporting the Halliday family’s efforts to get the FBI to join the investigation.

Anyone with information is urged to come forward, Escobar said, adding that there might be people out there who know more about what happened to the young soldier on his first term at Fort Bliss.

“We are imploring the community, if you have seen Richard, if you know any details about what’s happened in the last several weeks, if you have seen him anywhere, we implore you to call the tip line,” she said.