This painting depicts the forces of British Major General Charles Cornwallis, 1st Marquess Cornwallis (1738–1805) (who was not himself present at the surrender), surrendering to French and American forces after the Siege of Yorktown (September 28 – October 19, 1781) during the American Revolutionary War. (John Trumbull, 1826, Public Domain)
October 19, 2020 Ryan Morgan
Share
Tweet
Flip

The defeat of the British army at Yorktown marked the end of British efforts to retain control over the American colonies, allowing the young nation to continue independently. According to a History.com timeline of the American Revolutionary War, the British parliament passed a resolution the following year calling for Britain to end the war. On Sept. 3, 1783, representatives from U.S. and Britain signed the Treaty of Paris, officially ending the war.

The siege, which began on Sept. 28, 1781, saw American and French allies, led by Gen. Jean-Baptiste Donatien de Vimeur, the Count of Rochambeau, surround the tobacco port of Yorktown, held Cornwallis’ force of around 8,000 British troops defending a series of ten small fortifications, known as redoubts.

According to History.com, the Franco-American force of around 17,000 troops surrounded the British positions, while a French fleet blockaded the British from escaping or receiving reinforcements by sea.

Following that bombardment, Washington’s forces continued to move its cannons closer to Yorktown, and on Oct. 14, the 400 French stormed the ninth British redoubt and 400 Americans under the command of then-Lt. Col Alexander Hamilton stormed the 10th British redoubt, capturing the positions within about 30 minutes of the assault.

As Washington’s forces continued to advance on the British positions, Cornwallis learned that British calls for reinforcements had been delayed. 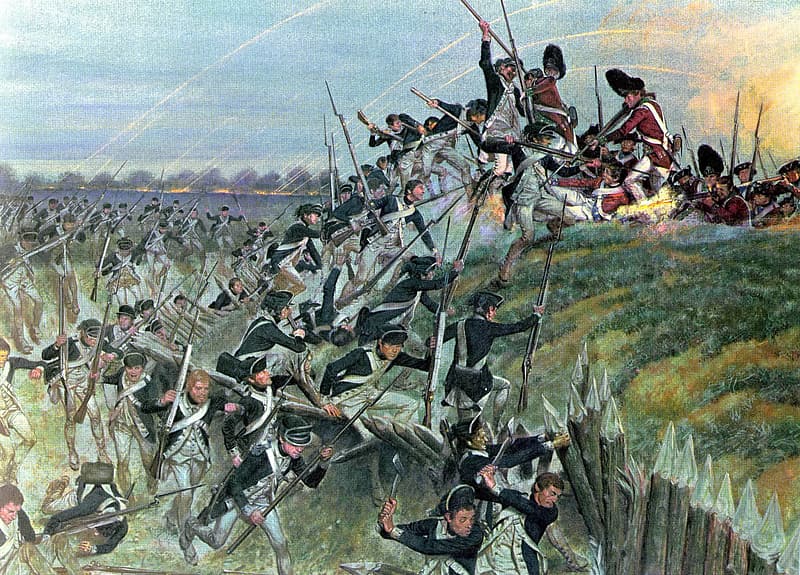 Storming of Redoubt 10 by American Soldiers in the American Revolution. (Pikrepo image/Released)

On October 16, British forces attempted to break Washington’s center, but the counterassault failed and French cannons returned to their bombardment of the British positions within six hours of the assault. An attempt by British forces to escape Yorktown by crossing the York River in small boats was also hindered that same night by stormy weather, forcing the British to abandon the evacuation effort.

On October 17, Cornwallis sent a drummer and a British officer flying the white flag crossed between opposing lines to request a cease-fire and initiate talks for the British surrender.

On October 19, the British forces marched out from behind their defenses and laid down their arms, completing their surrender to Washington’s forces. Unbeknownst to Cornwallis at the time, a force of 5,000 British reinforcements under the leadership of Gen. Henry Clinton, had set sail for Yorktown.

At the time of Cornwallis’ surrender, around 26,000 British troops remained in North America, but Washington’s victory at Yorktown signified the last major battle in the American Revolutionary War, and from then on the British forces began to shift their focuses away from the war in North America. At the time, the British were also engaged in conflicts in India, Gibraltar, the West Indies, and Ireland.

Washington would go on to serve as America’s first president.

Hamilton went on to serve as the first Secretary of the Treasury. 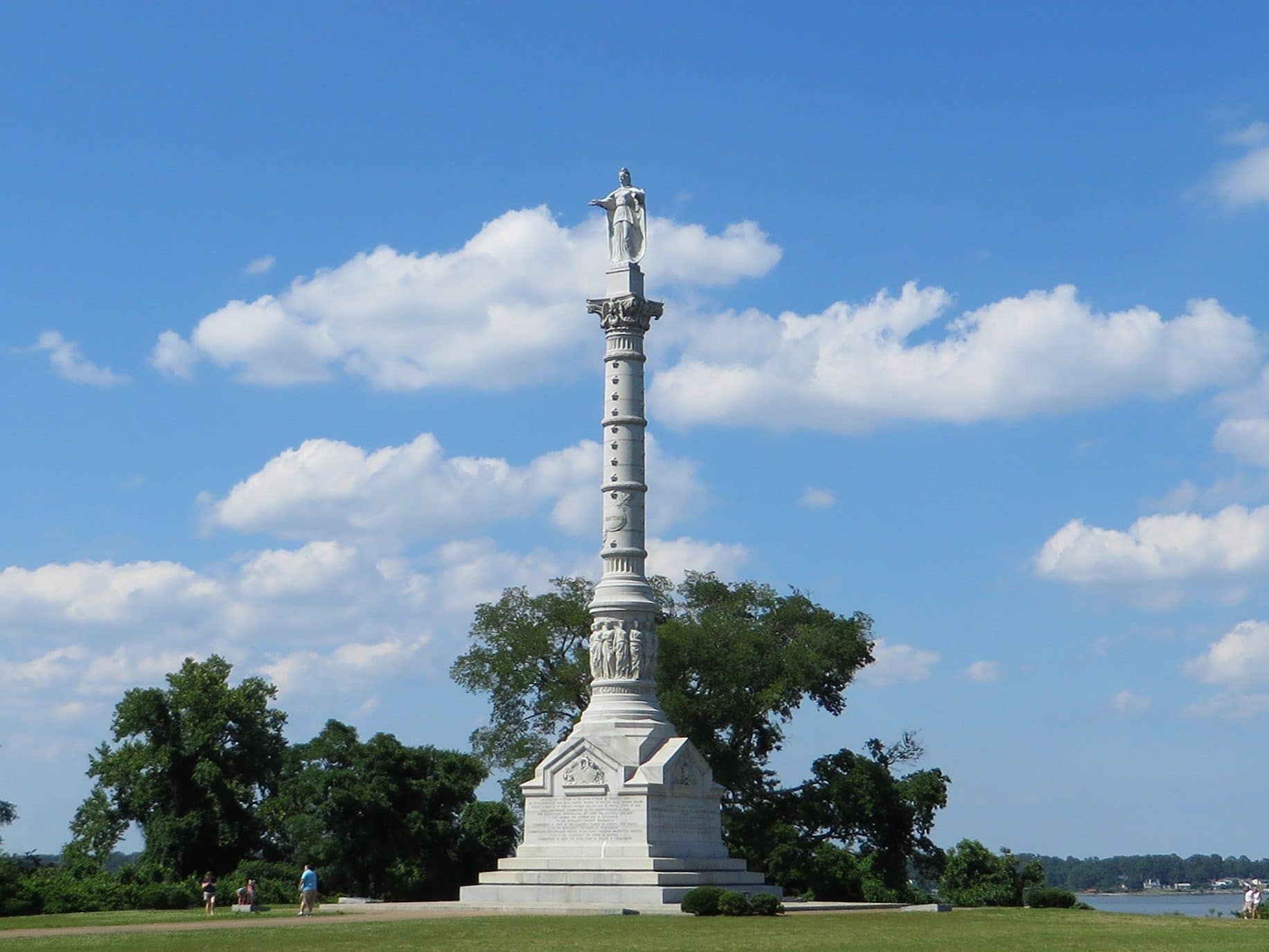 Today, the Yorktown Victory Monument memorializes the American victory at Yorktown and its significance to the ending the American Revolutionary War. On October 29 of 1781, after Congress received news of Washington’s victory, it directed the victory monument to be built, however, construction did not begin until 1881, a hundred years after the battle. The monument was dedicated three years later in 1884, according to Virginia.org.