From 70 million light years away, the exploding star resembled a blinding but fading motorcycle headlight.

Astronomers at Johns Hopkins University in Baltimore used NASA’s Hubble Space Telescope to capture images of a supernova emitting as much energy in a few days while self-destructing as the sun does in several billion years. 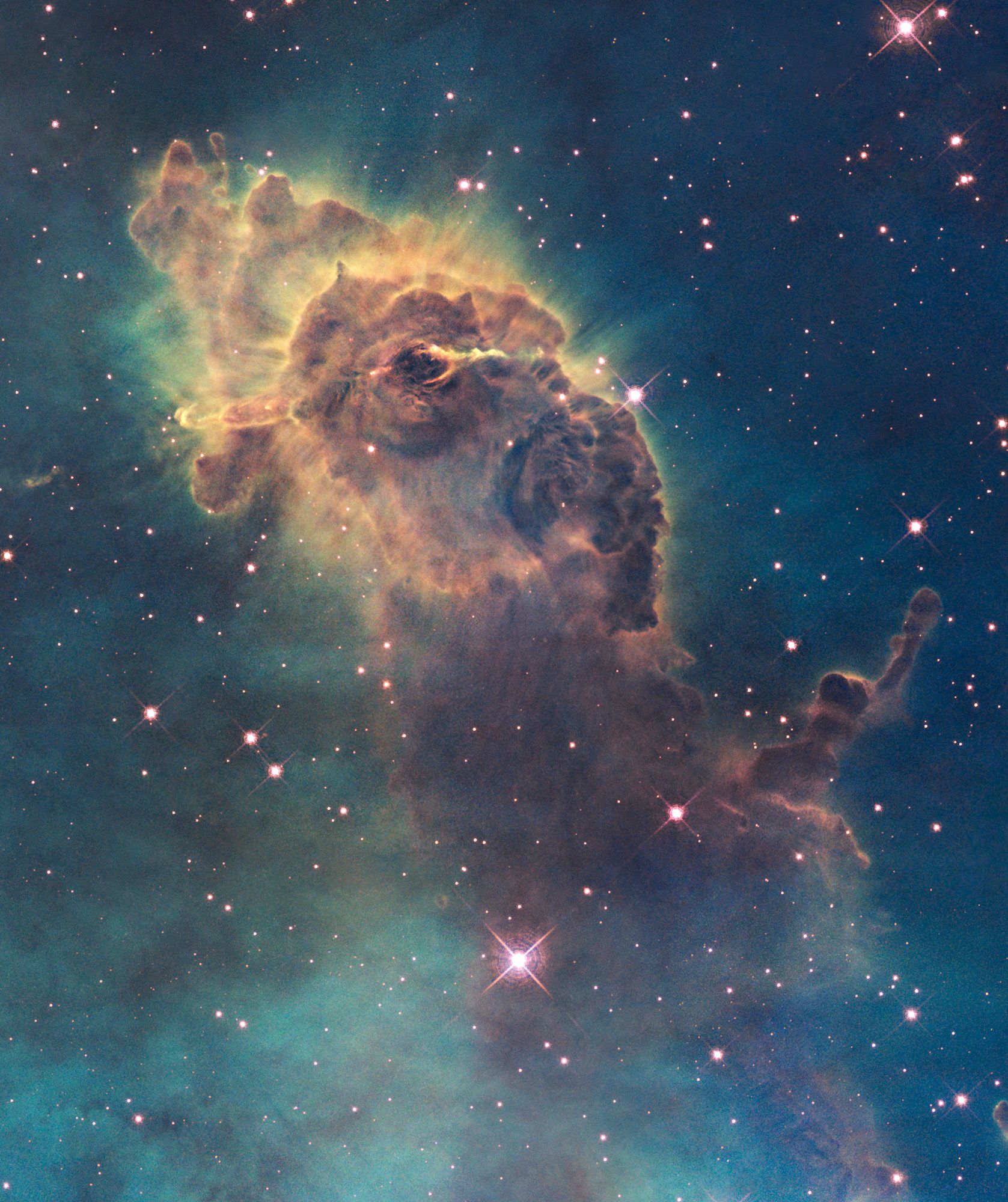 In this image provided by NASA, ESA, and the Hubble SM4 ERO Team, a stellar jet in the Carina Nebula is pictured in space. (NASA/Getty Images North America/TNS)

Aside from turning the images of the distant fireball into a 3-second time-lapse spanning nearly a year, astronomers are using their observations as a milepost to more precisely measure distances between galaxies and the universe’s expansion rate, as well as answer other fundamental questions about space.

“It helps teach us what the universe is made of,” said Adam Riess, professor of physics and astronomy at the Johns Hopkins University and one of the scientists who works on the Hubble.

The burned-out white dwarf in the NGC 2525 galaxy accumulated material from a companion star until reaching a critical mass, heating its core until it ignited nuclear fusion and exploded like a giant atomic bomb. 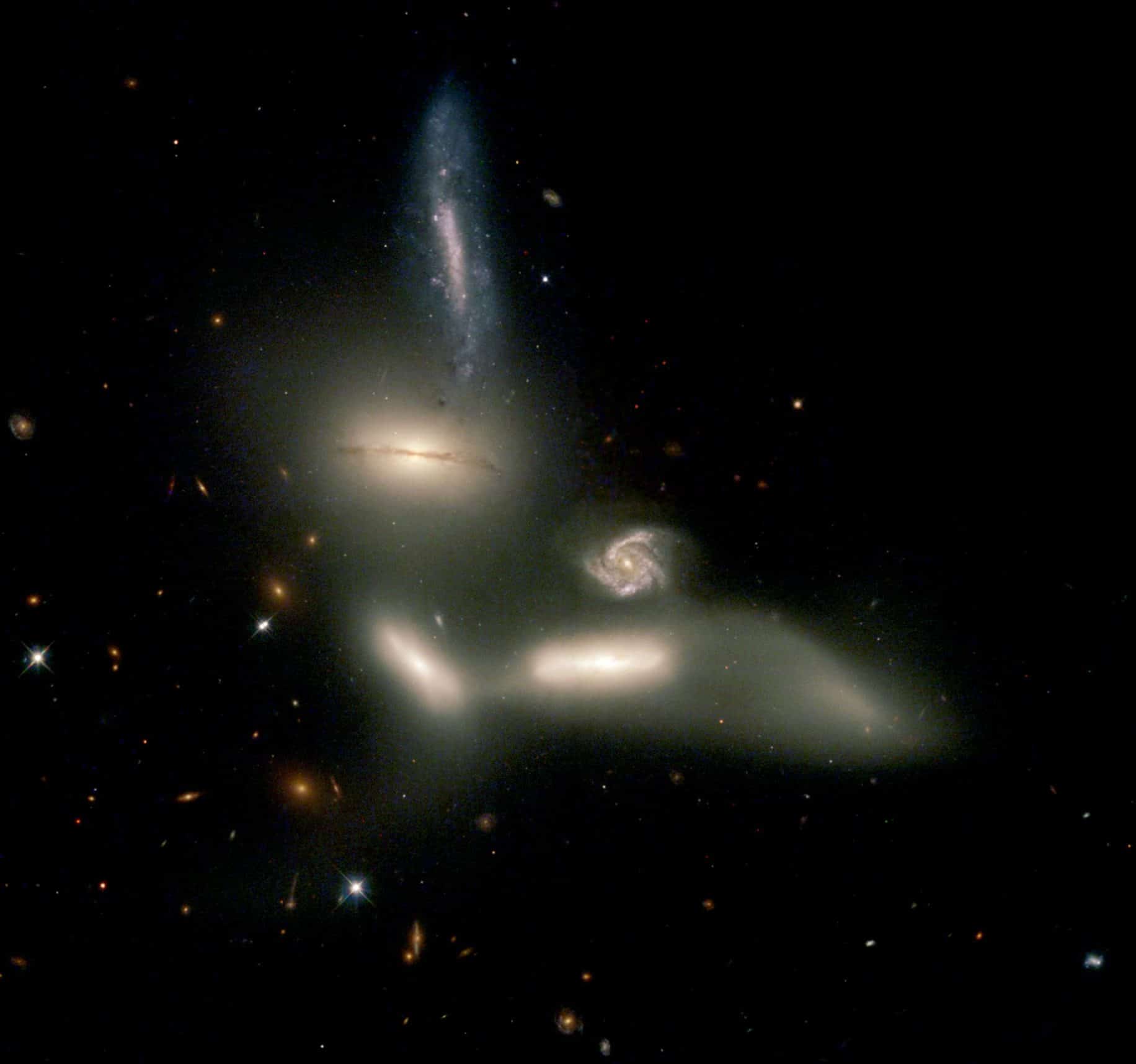 This image from the Hubble Space Telescope shows a group of galaxies called the Seyfert’s Sextet on June 26, 2000. Although the name of this grouping suggests that there are six, there are in reality only four galaxies in the group that are slowly merging into one. (NASA/Hulton Archive/Getty Images North America/TNS)

The SN 2018gv was a type of supernova known as a “standard candle” because they peak at the same brightness. That knowledge allows scientists to use them to better calculate distances in space.

Riess compared the supernova to a lighthouse at night, guiding scientists to a better understanding of how dark matter and dark energy affect the universe’s expansion rate. 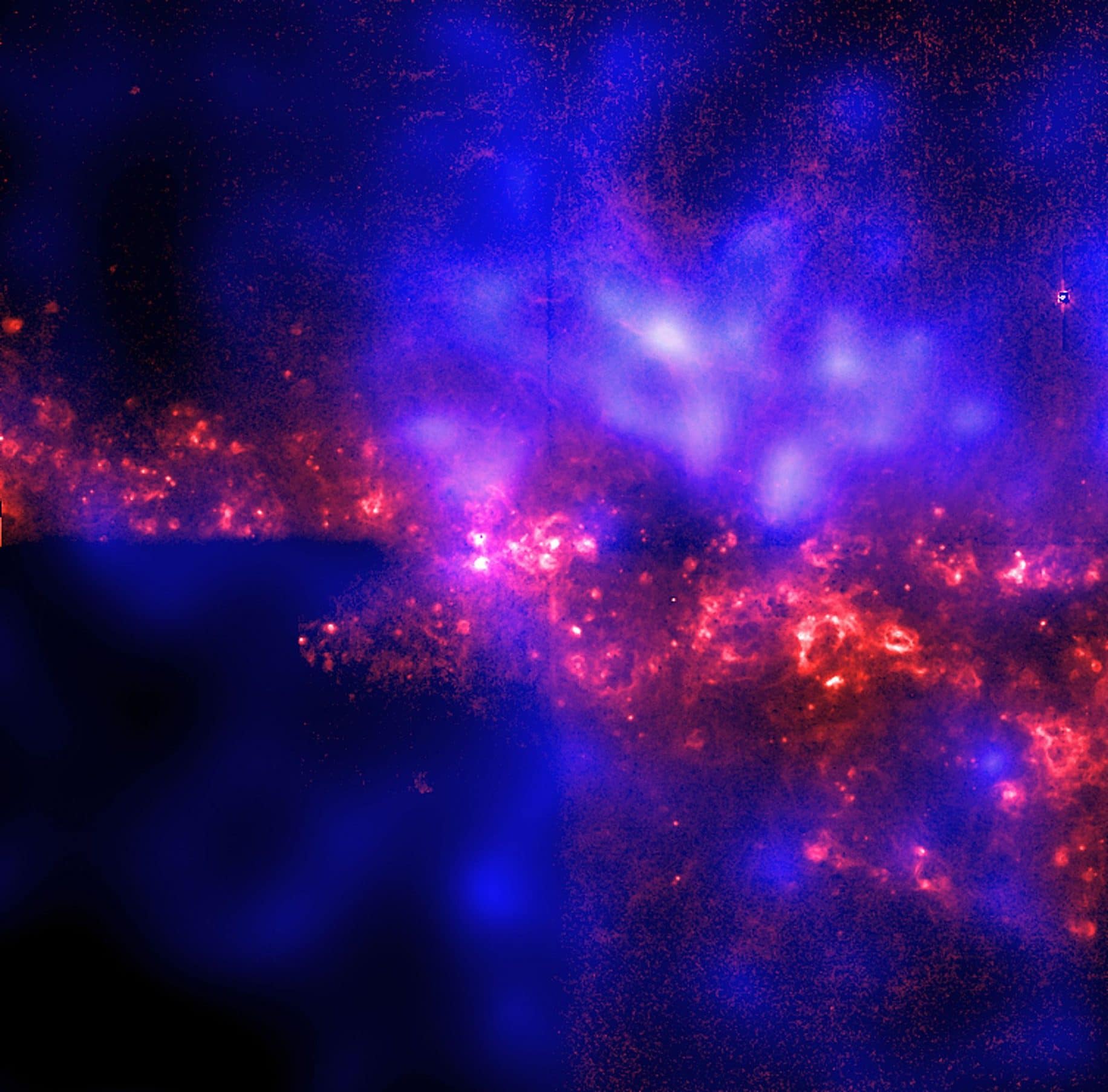 An image of NASA”s Chandra X-ray Observatory and Hubble Space Telescope shows a halo of hot gas surrounding spiral galaxy NGC 4631 that is similar to the Milky Way galaxy, June 19, 2001. The orange color in the middle of the image represents ultraviolet radiation as observed by UIT, tracing massive stars in the galaxy. (NASA/Getty Images North America/TNS)

“It’s really remarkable, sitting here on this speck of dust in this giant cathedral of the universe,” Riess said. “We, without going anywhere, can use these powerful telescopes to see three quarters of the way through the universe.”

The Hubble, part of an international cooperation between NASA and the European Space Agency, is managed by NASA’s Goddard Space Flight Center in Greenbelt. Riess is part of a team that conducts its science operations at the Space Telescope Science Institute in Baltimore.

Since its launch 30 years ago, the Hubble has captured reams of far-out images, helping astronomers suggest a faster expansion rate in the modern universe than had been previously expected.

The James Webb Space Telescope, which is expected to launch in late 2021, will provide a chance to “look even further back in time and space,” Riess said.

This story, which was originally published by The Baltimore Sun, was updated to correct the distance to “light years.”