The lab, constructed inside a converted gym on campus, is part of a $50 million effort to further military-related research through a collaboration between university researchers and the Army, the first of its kind for the Futures Command. 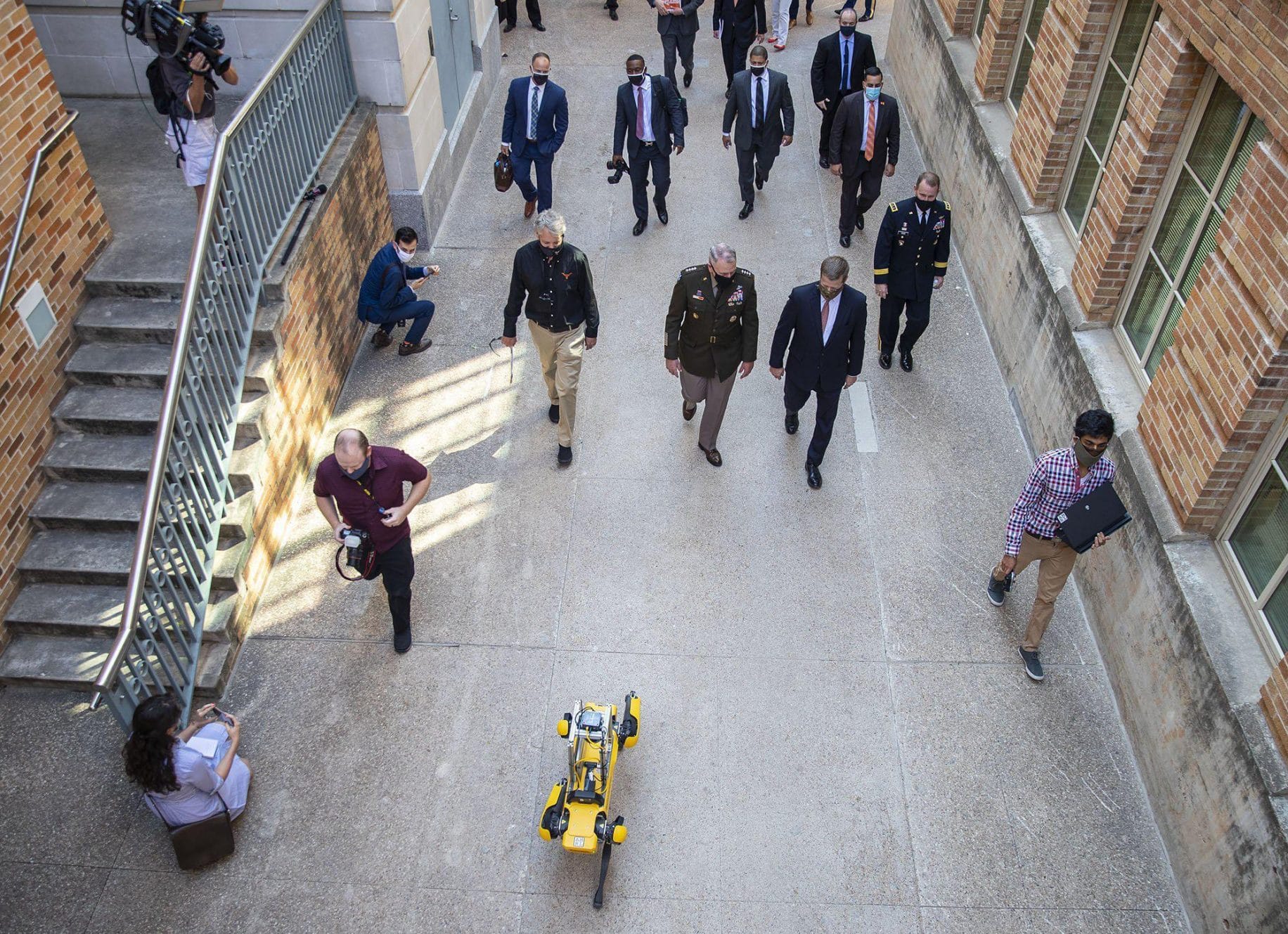 A robot leads U.S. Army Secretary Ryan McCarthy, Gov. Greg Abbott and University of Texas president Jay Hartzell and others Friday on a tour of a robotics lab at UT built in collaboration with the Austin-based Army Futures Command. [RICARDO B. BRAZZIELL/AMERICAN-STATESMAN/TNS]

“Right here, in the Anna Hiss Gymnasium, our faculty experts and the Army Futures Command will be working together to pioneer technologies that will shape the military for generations to come,” Hartzell said at Friday’s event. “It’s not simply about this specific project or mission. It’s about our full commitment to developing a technological advantage for the defense of our nation.”

Robotics research has been happening at the university for more than a decade, but the new facility will be the first opportunity for individual research groups to work under the same roof and toward the same goal: advancing military technologies.

University researchers will work closely with the Army and focus on two specific research programs identified by the Futures Command: robotics and advanced location tools. 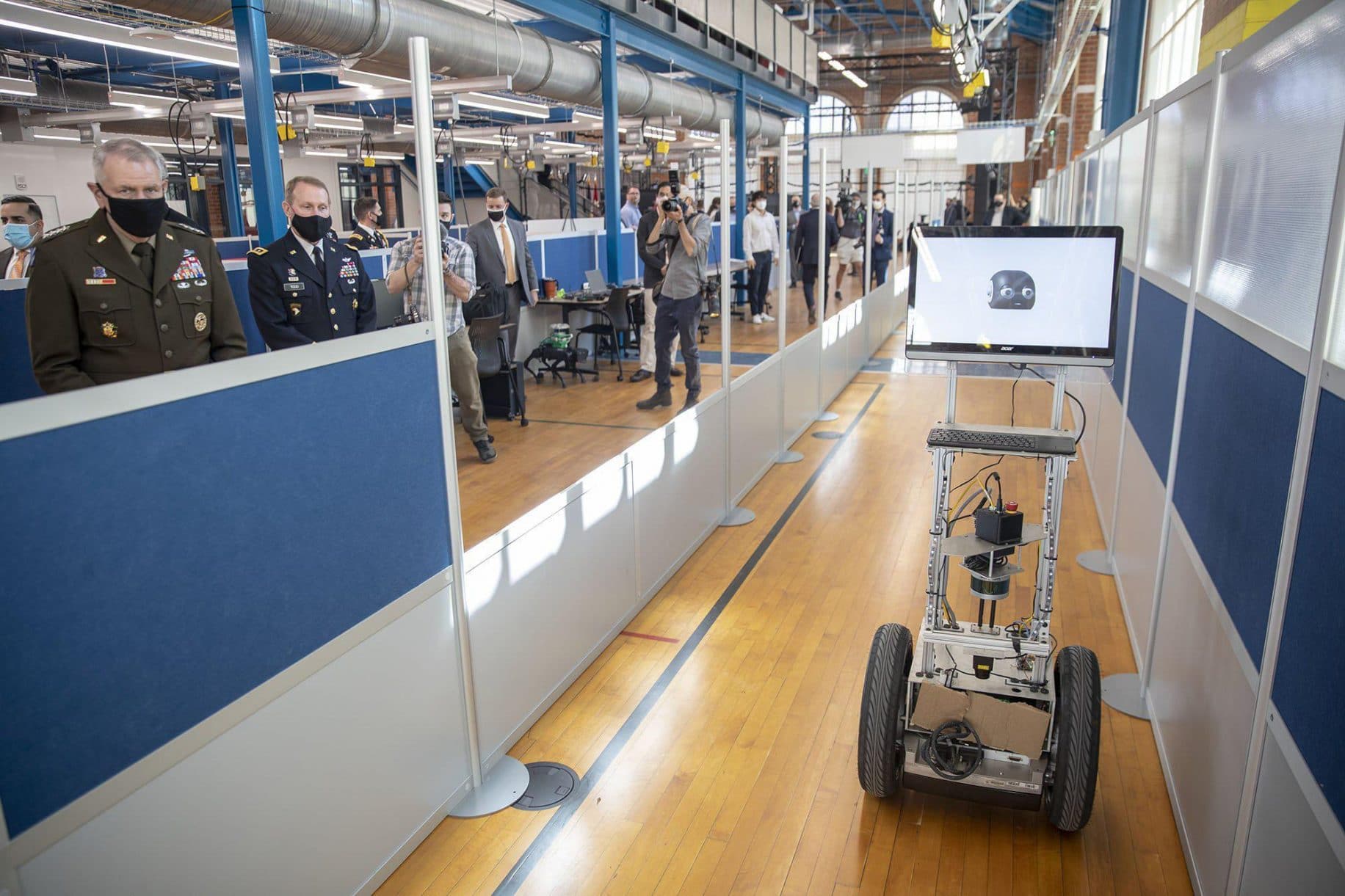 A robotics lab was created in the former Anna Hiss Gymnasium at the University of Texas. [RICARDO B. BRAZZIELL/AMERICAN-STATESMAN/TNS]

“We have a shared vision to make UT one of the best robotic research facilities in the world, with soldier-centered design at its core,” McCarthy said. “The work that’s being done here ultimately will save soldiers lives and help us achieve victory in combat.”

The lab currently has 16 leading faculty members, roughly 25 affiliated faculty members and more than 100 students and research staffers, with plans of expansion.

After a ceremonial ribbon cutting atop a stage at the edge of a once-recreational basketball court, McCarthy and Hartzell toured the facility to see the research in action. 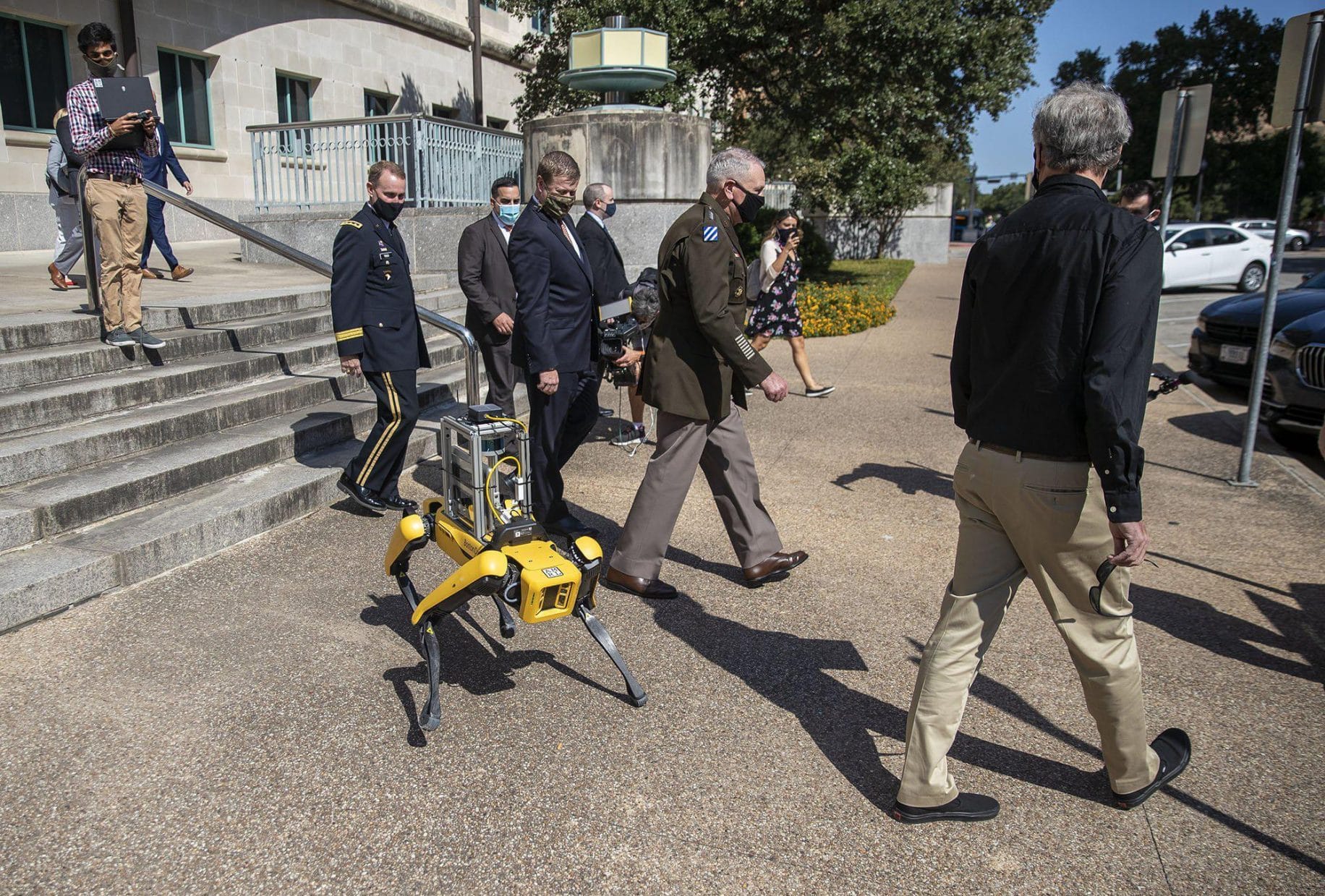 U.S. Army Secretary Ryan McCarthy said Friday a new collaboration between the Army and UT researchers “will directly support many of our modernization priorities, to include the optionally manned fighting vehicle and our family of robotic combat vehicles.” [RICARDO B. BRAZZIELL/AMERICAN-STATESMAN/TNS]

At one point, a yellow dog-like robot led the tour group from a building at the gymnasium-turned-robotics lab outside, around corners, down stairs and across the street to the next demonstration.

McCarthy said the work being done at the lab “will directly support many of our modernization priorities, to include the optionally manned fighting vehicle and our family of robotic combat vehicles.”

“Today’s ribbon cutting ceremony is the next chapter in the 245-year history of the U.S. Army, and its ability to win future fights,” he said.