President Donald Trump on Monday presented seven members of the 40th Combat Aviation Brigade of the California Army National Guard with the Distinguished Flying Cross for their Sept. 5 rescue of 242 people trapped by wildfires in California.

On Sept. 5, California’s Creek Fire had surrounded people camping at Mammoth Pool campground. The seven members of the 40th Combat Aviation Brigade flew a pair of helicopters to rescue the trapped campers.

Trump said during the Monday award ceremony, that state and local officials had warned the fires had become too dangerous for a rescue mission, but the seven members of the 40th Combat Aviation Brigade proceeded with their rescue efforts in spite of the danger.

“They decided to continue anyway, knowing they might not return,” Trump said. “They knew that people were in danger — great danger.”

Trump said the nighttime rescue was complicated by “blazing flames, raging wind — and it was raging — and blinding smoke” but said the crew used their night vision goggles and expert navigation skills to locate the trapped campers. 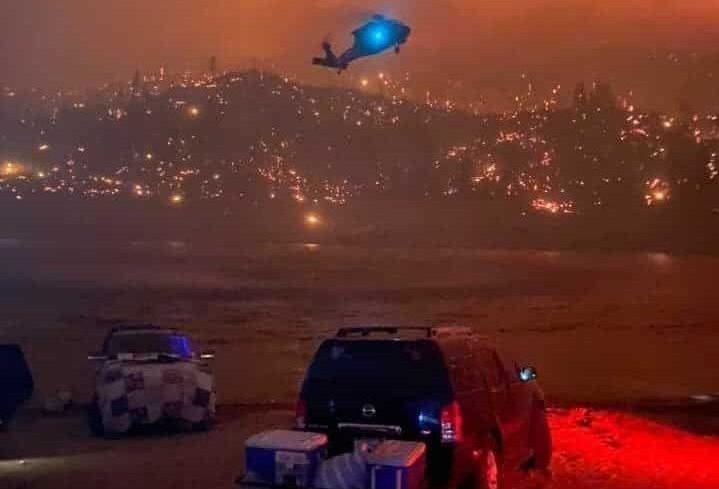 “They found the stranded families — many of whom were badly burned and injured — and they loaded them, as many as they could, onto the two helicopters,” Trump said. “Then they made the perilous flight back to the base.” 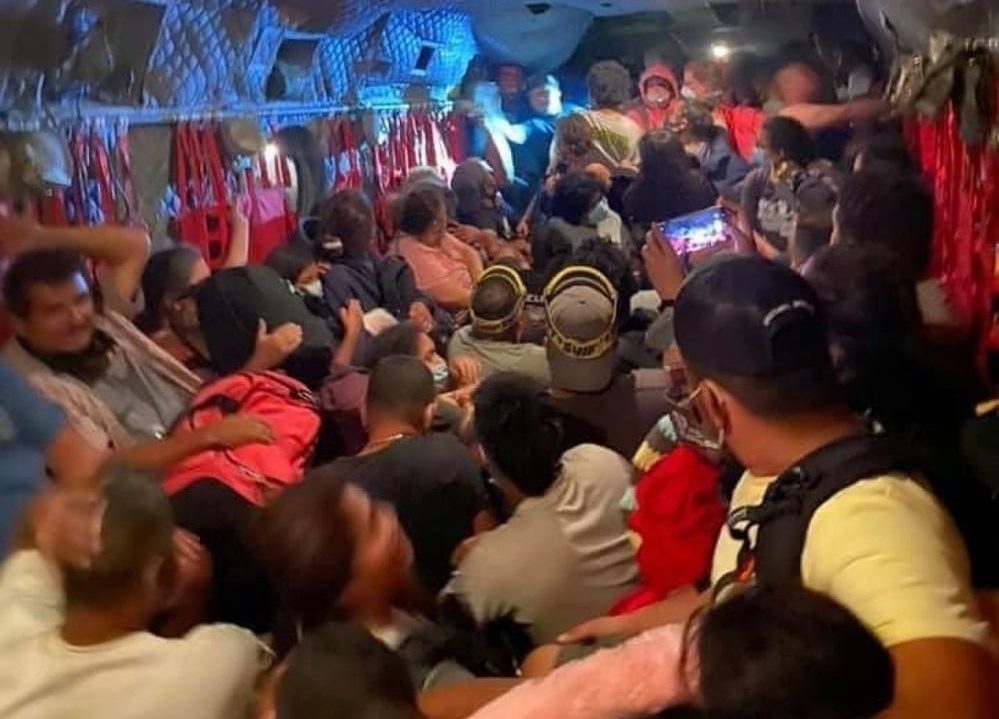 Trump said upon returning with the first helicopter loads of saved campers, the flight crews prepared for another mission into the blaze to seek out and save more fire victims.

“Their superior said, ‘You cannot do this. You cannot do it again.’ They did it,” Trump said. Trump said the crews completed a second and third trip, flying into the wildfire, performing rescue missions to save the 242 people. 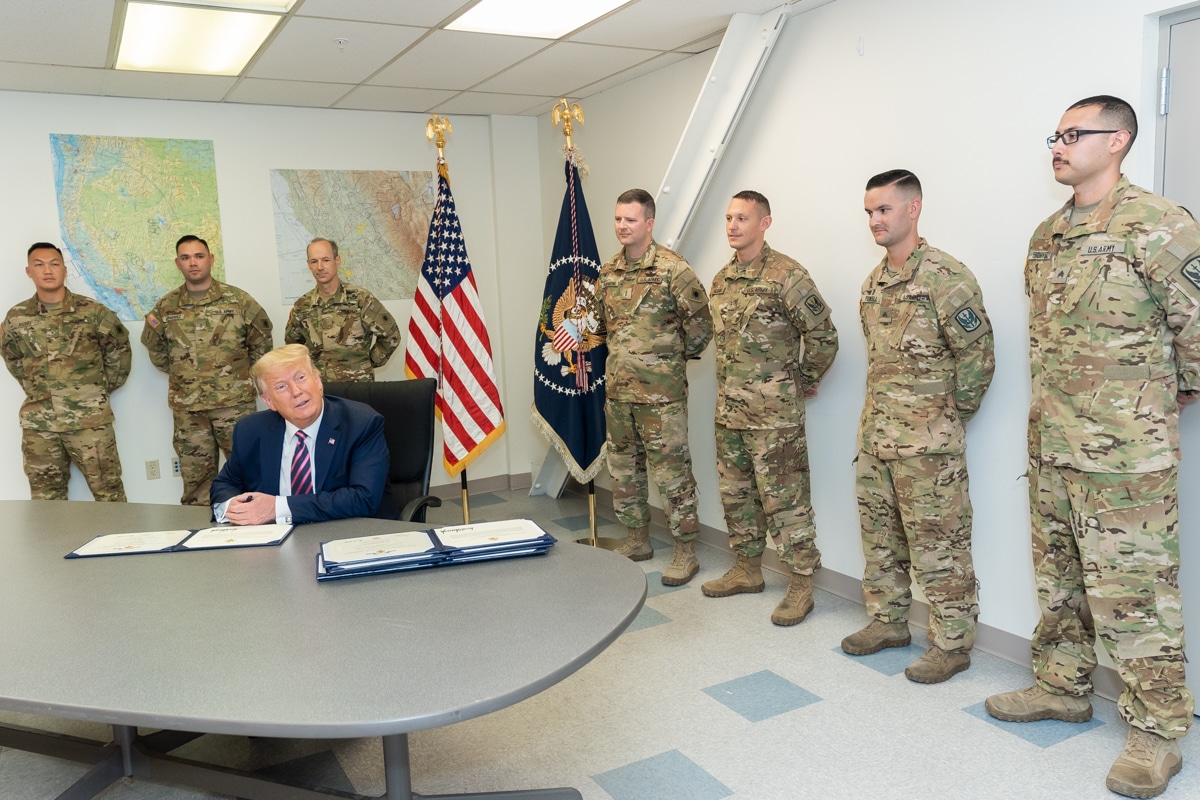 “After 10 grueling hours, they completed their mission, having saved the lives of an astounding 242 people,” Trump said. “We are proud of them. Wow. That’s an incredible story.” 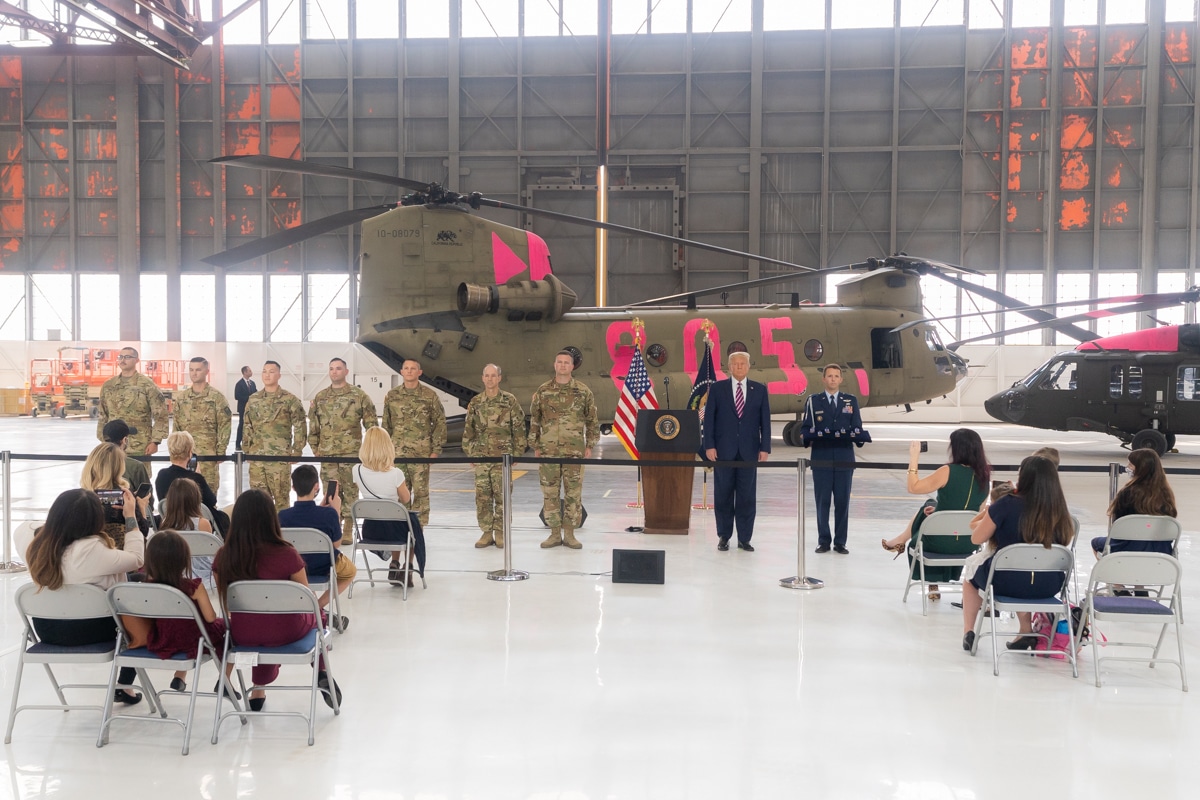 Trump said, “Our nation is strong because of remarkable individuals like these service members.  In the midst of our greatest trials and biggest challenges, America prevails because of the brave and selfless patriots who risk everything so that they may save lives of people, in many cases, that they don’t know.”