Two veterans headstones — one that has been missing for over 30 years — will return home today thanks to help from Cleburne Police Department officers.

On Monday, CPD received a call from an individual that had recently purchased a home in Cleburne. Upon inspection of the backyard of the residence, the new owner located two headstones from graves of U.S. veterans. Not knowing what to do, the homeowner asked for assistance. 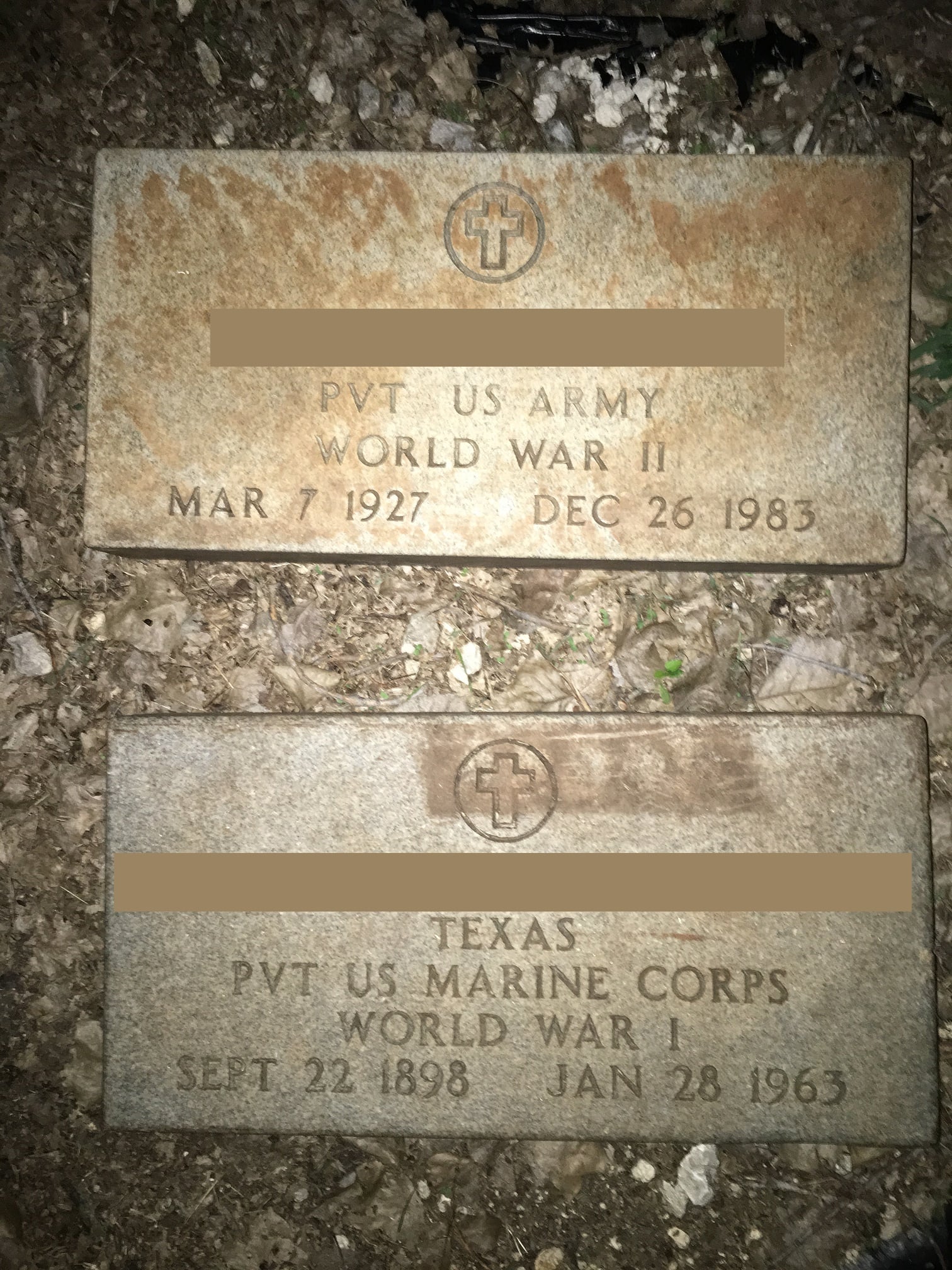 headstones from graves of US Veterans
(Cleburne Police Department/Facebook)

Officer Colton Bedford took the initial call and found that the headstones belonged to soldiers who had served in World War I and World War II. He contacted his supervisor, Sgt. Clifton McFatridge, who just returned from deployment and is active in the Army Reserves.

Once the headstones were secured, Bedford located the cemeteries where the veterans were buried, one in Springtown and one in Weatherford. Groundskeepers told Bedford that one headstone had been missing for over 30 years. Officers coordinated with the VFW and both headstones will be returned today.

“Officer Bedford and Sgt. McFatridge went above and beyond to make sure these headstones were expeditiously and respectfully returned to the burial sites of two other heroes,” Asst. Chief Craig Huskey said.

It is unknown how long the headstones had been there or how they got there. The important thing, at this point, is that they will be returned.

“Our police officers always go beyond the call of duty,” Cleburne Mayor Scott Cain said. “Thank you for honoring the memory of these two lost soldiers in this way. Thank you for representing Cleburne so well.”