The family of Daniel Spears got to say goodbye to him again — for the last time.

After a memorial service at Ohio Western Reserve National Cemetery on Monday afternoon, a bronze tin that had held his cremains since the spring was placed in grave 978 of Section 14.

He won’t be alone.

His family had already placed some heart-felt mementos inside that same bronze tin. Little pieces of love for the husband and father. 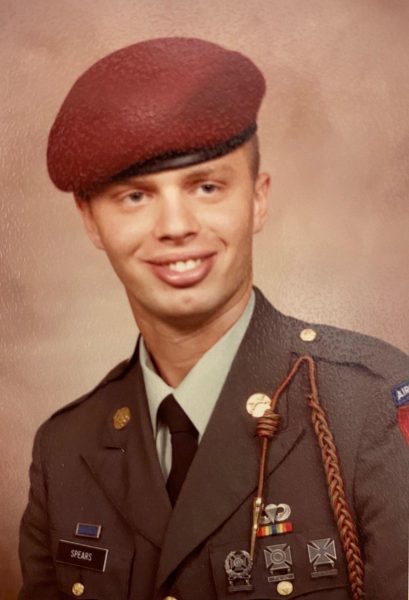 Spears, a 56-year-old veteran of the U.S. Army’s 82nd Airborne Division, died of esophageal and stomach cancer during the height of the COVID-19 pandemic.

So the Lake Township man and others entitled to military honors at some of the 138 U.S. Department of Veterans Affairs’ national cemeteries had to wait until after June 9 when services resumed.

Spears’ health deteriorated rapidly from the time he was diagnosed. A hardcore science fiction movie and novel buff, he died on April 21.

But not before he’d made it clear he wanted a military funeral. And not before he, his wife, Kimberly, and their adult children, Chris and Katie, had one final movie night together at home, watching the classic “The Wolf Man.”

They had snacks. Kimberly Spears snuggled her husband. And just as he’d schooled the family about proper movie theater etiquette, the family knew they had to watch the film through the final credits. 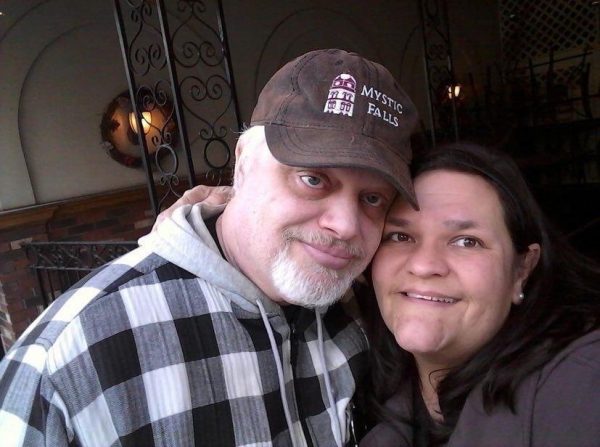 “You know what we have to do at the very end,” Kimberly Spears told the children. 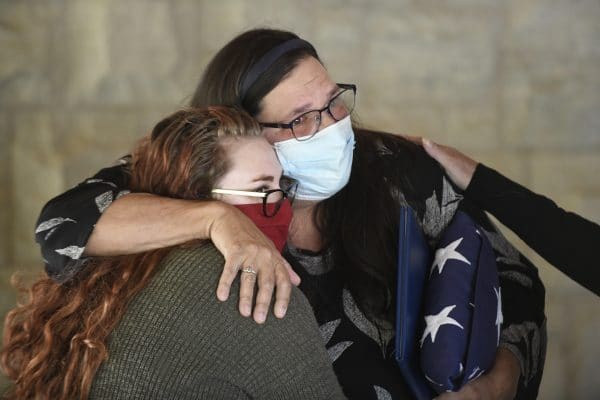 Kim Spears of Lake Township holds onto the flag as she is comforted by friend Kristin Bright after a military service held for her late husband, Daniel Spears, at the Ohio Western Reserve Cemetery in Rittman. (IndeOnline.com / Kevin Whitlock/TNS)

At the cemetery on Monday — five months after saying goodbye to Daniel Spears for the first time — his family and friends did it again.

Photos, medals, a black 82nd Airborne ball cap and the bronze tin sat on a table inside an open-air shelter. An American Legion honor guard fired a three-volley salute; taps enveloped the structure; Kimberly Spears, in the front row, was presented an American flag. 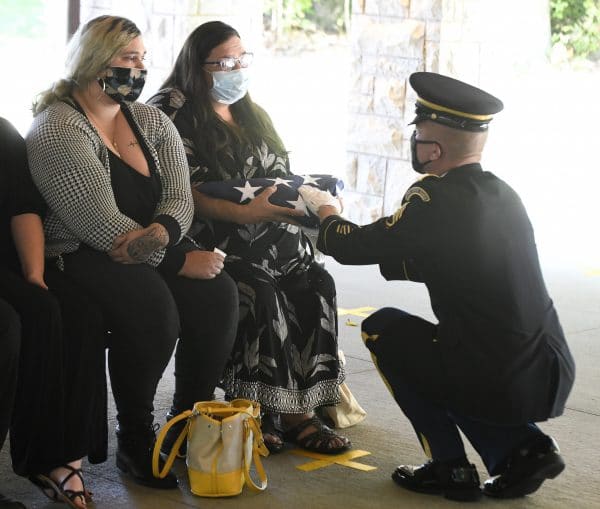 KIm Spears, sitting next to her daughter, Katie, receives an American flag from the honor guard at the funeral service of Daniel Spears at Ohio Western Reserve Cemetery. (IndeOnline.com / Kevin Whitlock/TNS)

She’d chosen Sept. 21 for a reason. It was a final knowing nod to her husband’s love of sci-fi. The date happens to be the birthday of H.G. Wells, creator of “The Invisible Man,” “The War of the Worlds” and “The Time Machine,” all among her husband’s favorites.

The family watched from a distance as the bronze tin was placed in the cemetery. Inside it: a letter Katie had written to her dad; a wedding photo of Daniel and Kimberly Spears; a shot of Brut cologne — her husband’s favorite; and a letter from wife to husband.

“I told him that today is the day we get to finally honor you,” Kimberly Spears said.