According to popular accounts, the American flag flew for the first time in battle during a skirmish between American troops and British troops in the Revolutionary War battle at Cooch’s Bridge, Delaware on Sept. 3, 1777.

Though there is some debate about the historical accuracy of the claim, the Battle of Cooch’s Bridge is believed to be the moment in which American troops unfurled the American flag for the first time in battle. The battle took place less than three months after the Continental Congress voted on June 14, 1777, to adopt the early iteration of the iconic Star-Spangled Banner.

History.com supports the account that the American flag first flew in battle at the Battle of Cooch’s Bridge, however the National Register of Historic Places qualifies this account, stating, “It has been claimed that the Stars and Stripes were first unfurled in battle here. The flag had been adopted by Congress, June 14, 1777, and was carried in a parade in Philadelphia in August; however, the militia were still using state or regimental banners. The troops at Cooch’s Bridge were a special light infantry brigade drawn from seventy regiments. Since colors are important in a battle and since only the national flag would be meaningful to all of the regiment it is possible that [the American flag] was carried.” 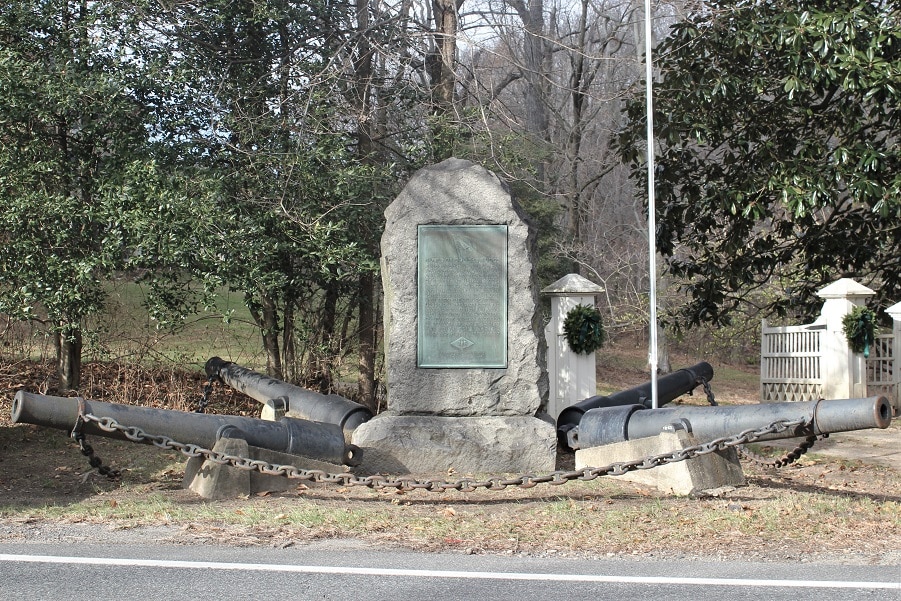 Historic accounts claim Gen. George Washington commissioned Philadelphia seamstress Betsy Ross to sew the first American flag. The original flag featured the same 13 red and white stripes as its modern iteration but only had 13 stars arranged in a circle on a blue field, rather than the 50 stars seen on the American flag today.

The American troops at the Battle of Cooch’s Bridge, a light infantry brigade of around 1,000 troops detached from Gen. Washington’s main force, were tasked with screening a movement of 1,300 British troops and around 450 Hessian allied troops. As the British force approached the bridge, the American force opened fire in an ambush. The British force, calling in reinforcements, eventually drove off the American force, which retreated across the Delaware border to rejoin Washington’s forces at Brandywine Creek, Pennsylvania. 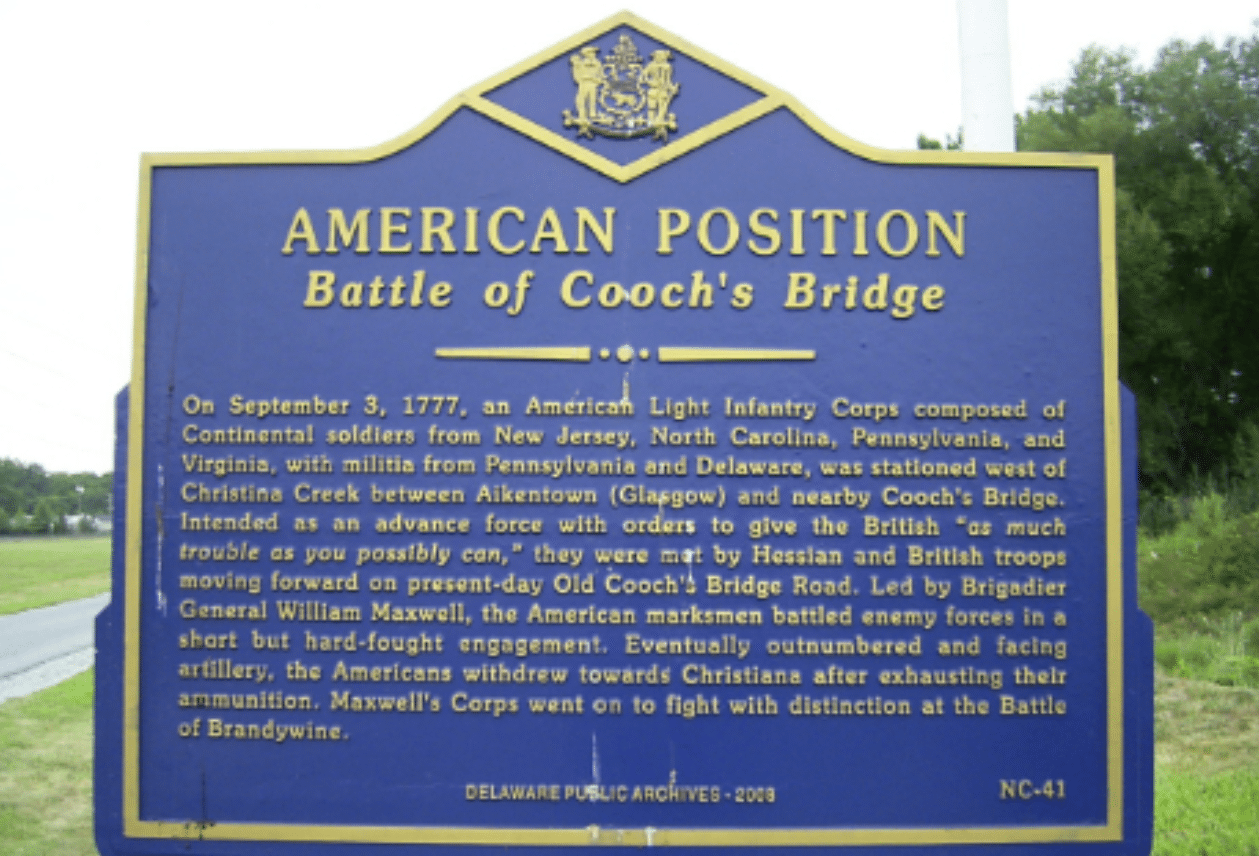 A plaque describing the American position during the Battle of Cooch’s Bridge. (Delaware Government photo, Delaware.gov/Released)(Delaware

Historical accounts estimate around 20 American troops were killed and around 20 more were wounded, while around 23 to 30 British and allied forces were killed or wounded in the skirmish.

The skirmish at Cooch’s Bridge took place around a week before the Battle of Brandywine Creek.