U.K. Foreign Secretary Dominic Raab said Russia has a “case to answer” over the poisoning of opposition leader Alexei Navalny given its “track record,” and called for the Kremlin’s cooperation with an international investigation.

Speaking to the BBC on Sunday, Raab said that while it’s too early to attribute blame, “it’s very difficult to come up with a plausible alternative explanation” other than Russia’s involvement. 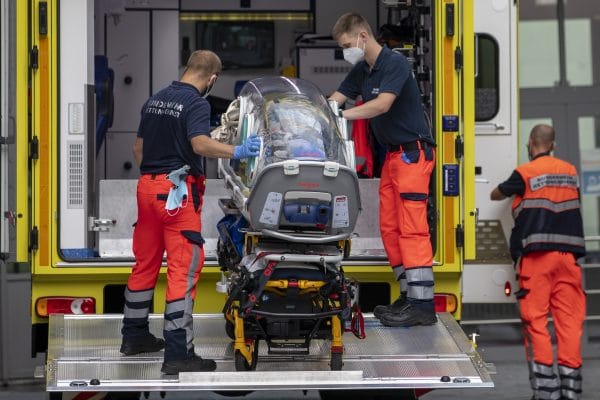 “The use of chemical weapons in this kind of context is pure gangsterism and Russia does have responsibility never to use it as a government, and second of all to make sure no-one else can use it within its territory,” Raab said, calling for a probe via the Organisation for the Prohibition of Chemical Weapons. “Russia needs to cooperate fully.”

Raab pledged to work with allies including Germany on a response to the poisoning, which has special resonance in the U.K. because military-grade novichok — which Germany has said “unequivocally” was used on Navalny — is the same nerve agent that was deployed in the attempted murder in 2018 of former Russian spy Sergei Skripal and his daughter on British soil.

That was the first use of chemical weapons in Europe since World War II and triggered a diplomatic showdown when the U.K. pointed the finger directly at Russian President Vladimir Putin for ordering the attack, which inadvertently killed a British woman.

Russia “can’t just say ‘this is a domestic issue, it is just our internal affairs,’” Raab said.

The comments come after Raab’s German counterpart, Heiko Maas, told the Bild am Sonntag newspaper that sanctions could be imposed on Russia unless it clarifies the circumstances of Navalny’s poisoning in the “next few days.”