Trump vows to sharply scale back US economic ties with China

President Donald Trump said he intends to curb the U.S. economic relationship with China, contrasting himself with Joe Biden by threatening to punish any American companies that create jobs overseas and to forbid those that do business in China from winning federal contracts.

“We’ll manufacture our critical manufacturing supplies in the United States, we’ll create ‘made in America’ tax credits and bring our jobs back to the United States and we’ll impose tariffs on companies that desert America to create jobs in China and other countries,” Trump said at a White House news conference on Monday where he complained at length about his Democratic reelection opponent. 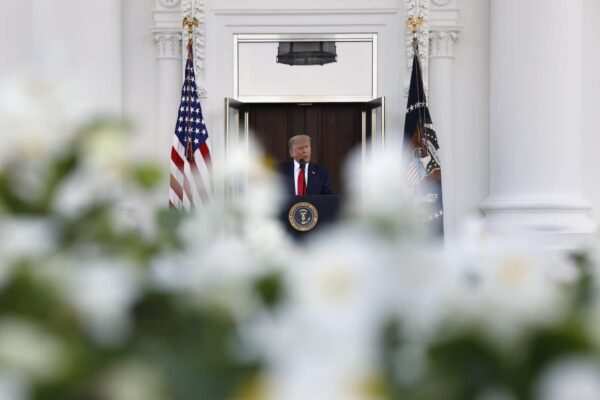 U.S. President Donald Trump speaks at a news conference at the North Portico of the White House in Washington, D.C., on Sept. 7, 2020. (Yuri Gripas/Abaca Press/TNS)

“If they can’t do it here, then let them pay a big tax to build it someplace else and send it into our country,” he said of U.S. corporations. “We’ll prohibit federal contracts from companies that outsource to China and we’ll hold China accountable for allowing the virus to spread around the world.”

Trump has recently entertained the idea of “decoupling” the U.S. economy from China, a dream of U.S. China hawks.

“Whether it’s decoupling or putting massive tariffs on China which I’ve been doing already,” he said, “we’re going to end our reliance on China because we can’t rely on China and I don’t want them building a military like they’re building right now and they’re using our money to build it.” 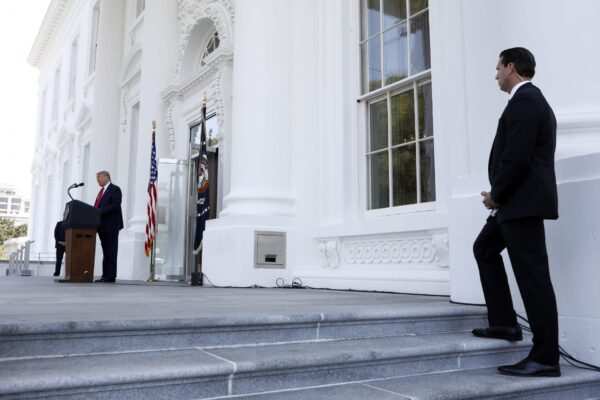 U.S. President Donald Trump speaks at a news conference at the North Portico of the White House in Washington, D.C., on Sept. 7, 2020. (Yuri Gripas/Abaca Press/TNS)

He did not say when he would implement the policies but framed the moves as part of a second-term agenda.

Trump has sought to make China an election-year issue. He has portrayed Biden as a lackey of Beijing and has blamed the country for the U.S. coronavirus outbreak, as polls show widespread public disapproval of the president’s handling of the pandemic.

Biden has turned the argument against the president, accusing Trump of being soft on China to secure a so-called “phase-one” trade deal in January and only toughening his posture after his administration lost control of the coronavirus outbreak.