Video: Recruits save a life in first week of Basic Combat Training

Fontanez, originally from Bethlehem, Pennsylvania, and Till, a native of Rochester, New York, had been in the military environment for one week.

Both had received their uniforms, immunizations, and an orientation into what the next nine weeks would hold.

When asked what happened the morning of Sept. 3, Fontanez and Till took several tries before they were able to put it into words.

“On Thursday morning I entered the latrines. I was doing some cleaning and I heard a commotion off to my side. I saw Fontanez helping his battle buddy who was in a mental health crisis, and we stepped in and got him the help that he needed,” said Till.

Although they had only been living together in the bays a few days, Fontanez caught on to the trainee’s intentions to hurt himself.

“He slept to the right of me … With previous events that had happened, I kind of realized maybe I should talk to him,” said Fontanez. “In the latrine I saw what was going down and I was just telling him, ‘C’mon, think about what you’re about to do.’” 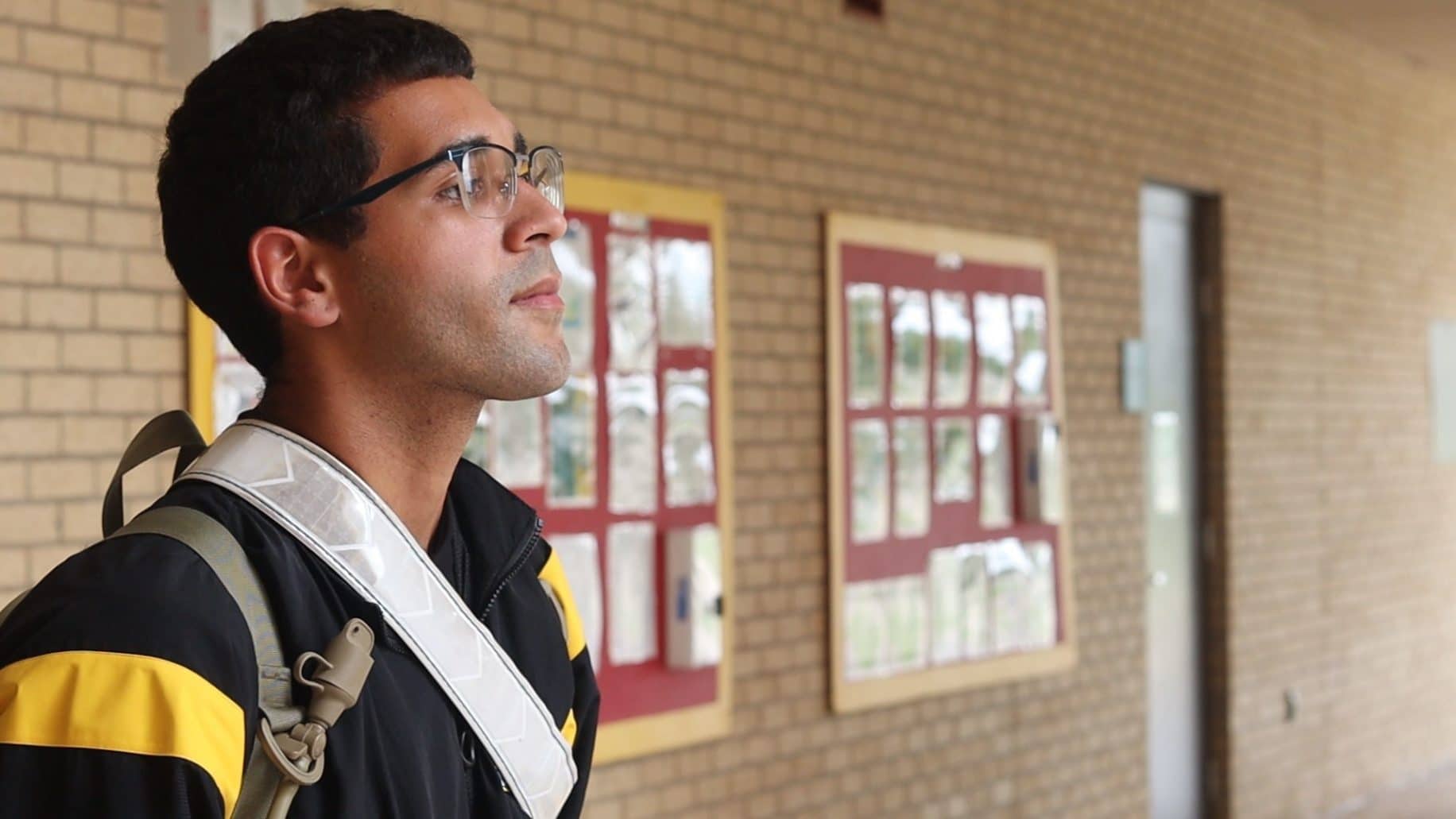 Fontanez saw the trainee use a PT belt as a noose and quickly grabbed him and got him down.

“I lifted him up so he could breathe, and Till unclipped the PT belt, and we just got him down and stayed by him until he got help,” said Fontanez.

With somber expressions, they sat quietly as they contemplated that morning. Both Fontanez and Till have had friends or loved ones attempt or die by suicide.

When asked what signs to look for, Till said, “If they’re normally a social person and you see a distinct change in their mood, or the way they interact with the people around them,” that’s a sign.

Fontanez said noticing if an individual is not getting enough sleep, food, or other basic needs, that may be a sign they are in crisis.

As soon as they got the trainee out of immediate danger, drill sergeants and cadre took over. The trainee is safe and receiving professional medical care.

Till said he had mixed reactions to being awarded for what happened.

“On the first day, I didn’t know if I wanted to keep it here with me because of my personal relationship with people who have had problems with that. I didn’t want a reminder.

“But the longer time has passed I like having it because it is a reminder that (he) is OK, and there are people out there that will do the right thing,” said Till.

“I like having it. I see it every day, realize what Till and I did, and it kind of just brings me to the point where it’s like you know, he’s still here with us,” said Fontanez.