Pics/Videos: US B-52 bombers complete training mission in Ukrainian airspace

Three U.S. B-52 strategic bombers have completed a training flight in Ukrainian airspace, according to a statement by U.S. Air Force command in Europe.

According to the DefPost military website, the September 4 mission was the first-ever of its kind.

The bombers are based in the U.S. state of North Dakota but are part of a deployment of six B-52s to a Royal Air Force base in Fairford, England.

The purpose of the mission over Ukraine was to provide in-air training and to improve “collective defense capabilities…to deter Russia and assure Allies and partners,” the statement said. 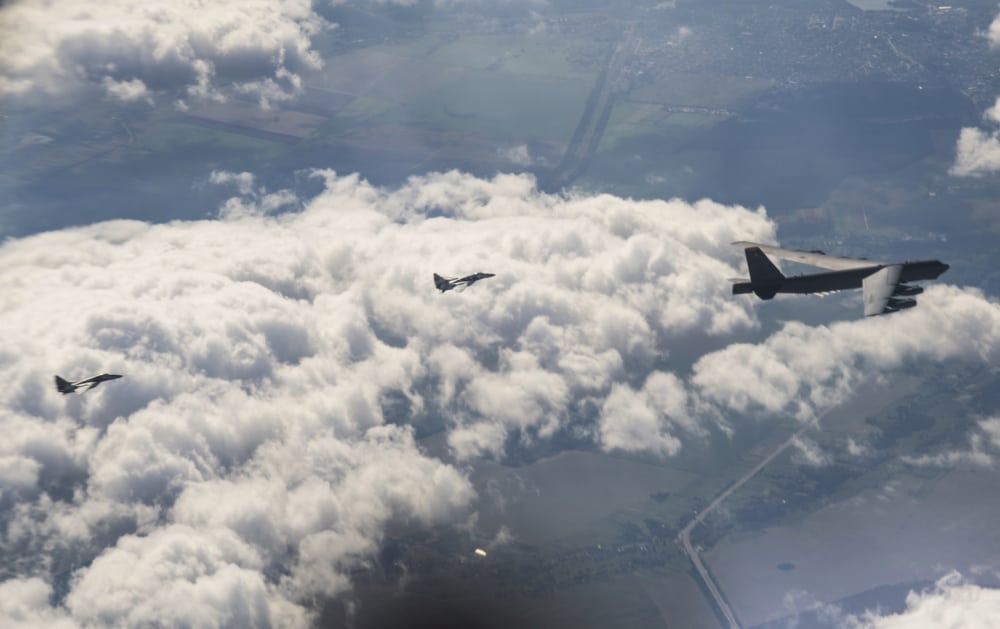 A statement from the Ukrainian Defense Ministry said that Ukrainian Su-27 and MiG-29 fighters rendezvoused with U.S. bombers at the country’s border with Poland and accompanied them over Ukrainian territory to the Sea of Azov and back. 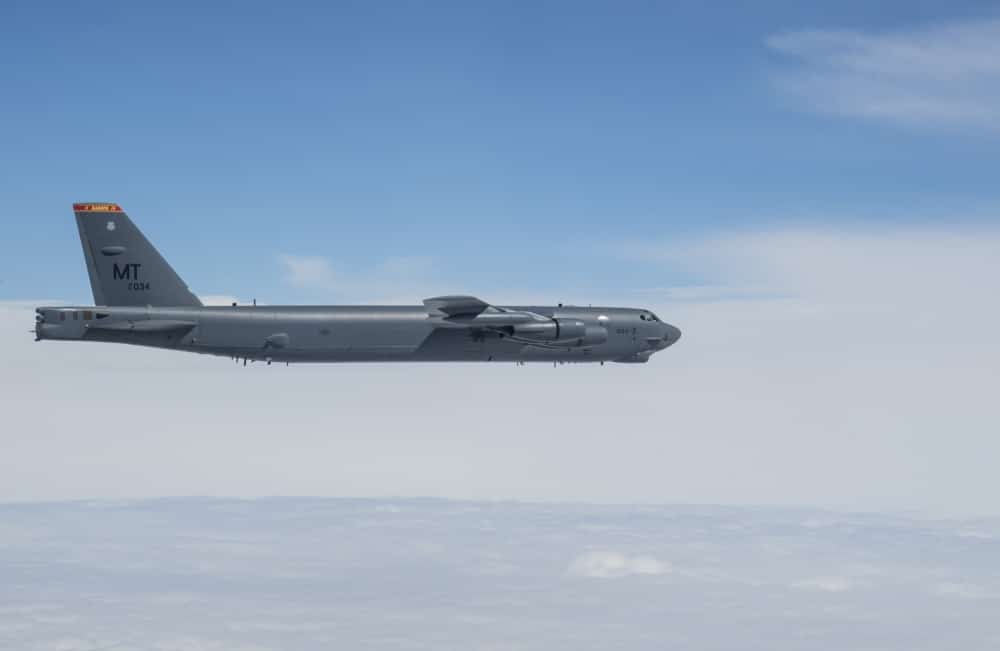 The Russian Defense Ministry said that eight fighter aircraft were scrambled “to prevent U.S. aircraft from violating Russian airspace” in the regions of the Black Sea and the Sea of Azov.

Moscow added that the U.S. aircraft did not violate Russian airspace, which would indicate that they did not approach the Ukrainian region of Crimea that Moscow annexed in 2014.