The sun broke through just as Naval Station Norfolk’s color guard — supplemented on this 19th anniversary of the Sept. 11 terror attack by four base firefighters — hoisted the U.S. flag.

And as they slowly lowered it to half-mast in the memory of the nearly 3,000 who died that day, a soft breeze lifted the giant flag so that it waved gently as the Star Spangled Banner played. 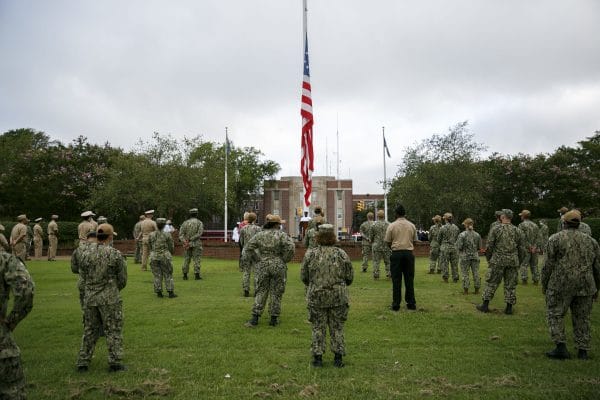 Some 75 sailors assembled by the flag plaza saluted.

They saluted again when Capt, Vince Baker, the base’s commanding officer, placed a red-white-and-blue wreath next to the flagstaff as a bugler played Taps. 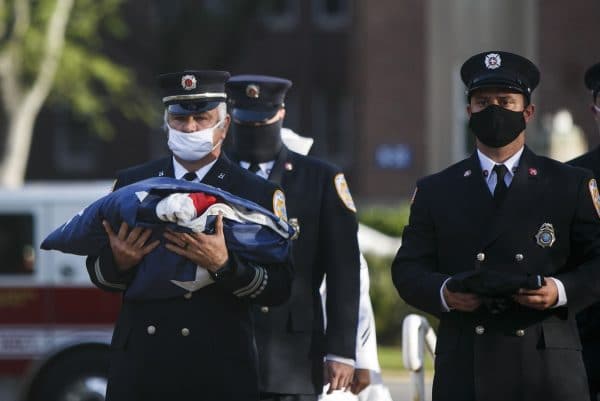 Some were mere toddlers when Al-Qaeda terrorists hijacked four airliners and turned them into weapons that took down New York’s Twin Towers, slammed into the Pentagon and plowed the fourth into a Pennsylvania field when passengers and crew struggled to retake control.

Those young sailors would not have seen or heard reports of firefighters, police officers and EMTs who rushed to the scene, rescuing thousands even as hundreds of their own numbers perished. But they know. 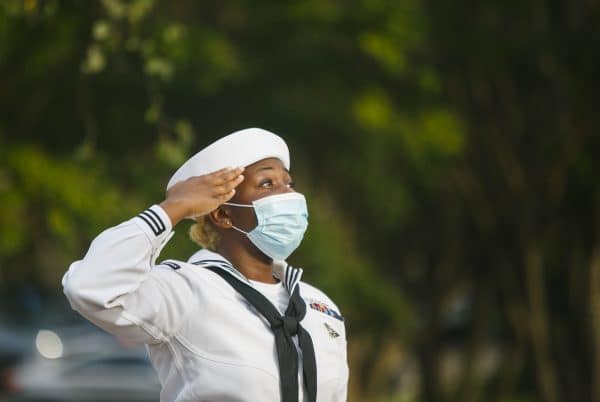 “It’s history for some, but because we do these things, they understand their purpose and the significance of the things we do here” in the Navy, Baker said.