Pics: Iran claims its drones stalked US carrier group in Strait of Hormuz

Iran released images on Wednesday purporting to show a U.S. carrier strike group transitting the Strait of Hormuz, which they claim were taken from an Iranian drone.

The images purport to show the aircraft carrier USS Nimitz (CVN-68) and battleships escorting the carrier. 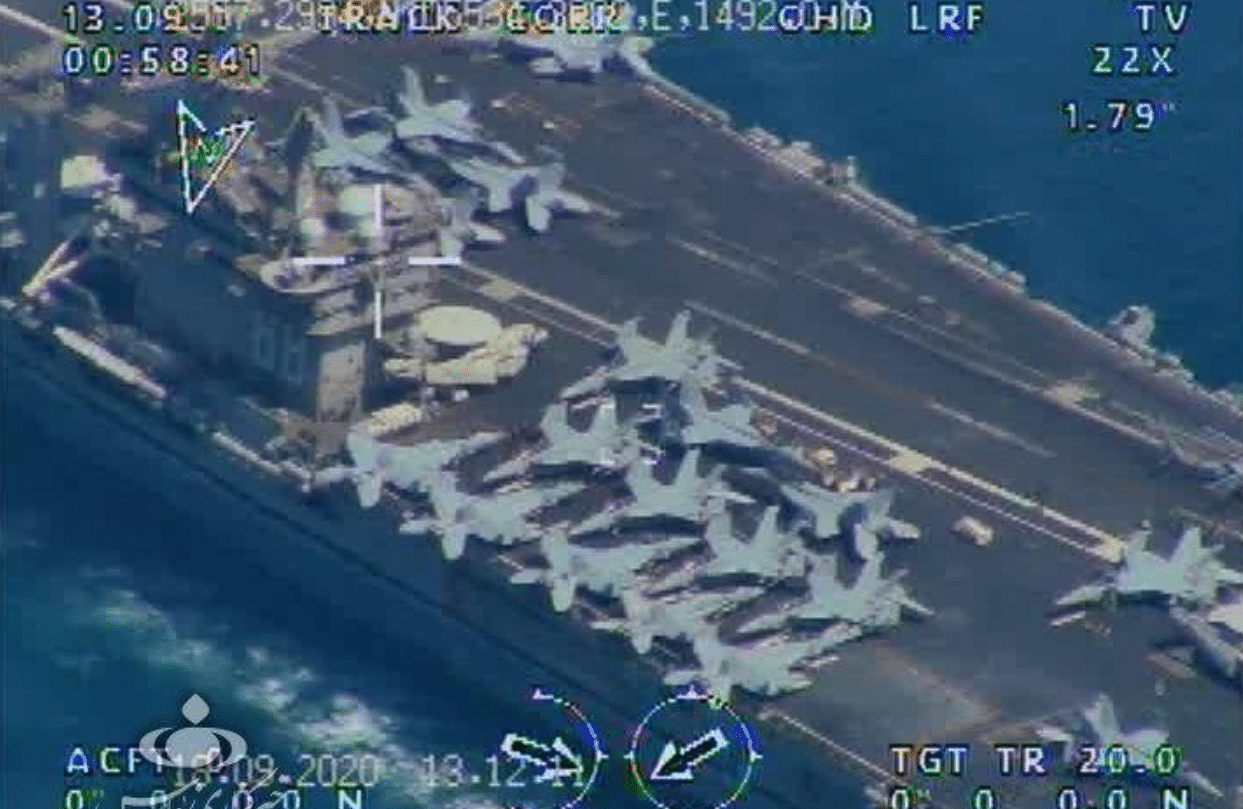 Photo purporting to show the USS Nimitz in the Strait of Hormuz. (IRGC via Seraph News/Released)

Tasnim identified other battleships in the group by their designation numbers and listed the ship numbers as destroyers 114 and 104, battlecruisers 58 and 59, two patrol frigates with identification numbers 9 and 12, and a Coast Guard Cutter 1333. Some of the ships identified by their numbers have been photographed in recent weeks with the Nimitz Carrier Strike Group (CSG), also known as Carrier Strike Group 11.

According to the USNI News’ U.S. Navy fleet tracker, the Nimitz CSG was in the Persian Gulf as recently as Monday. 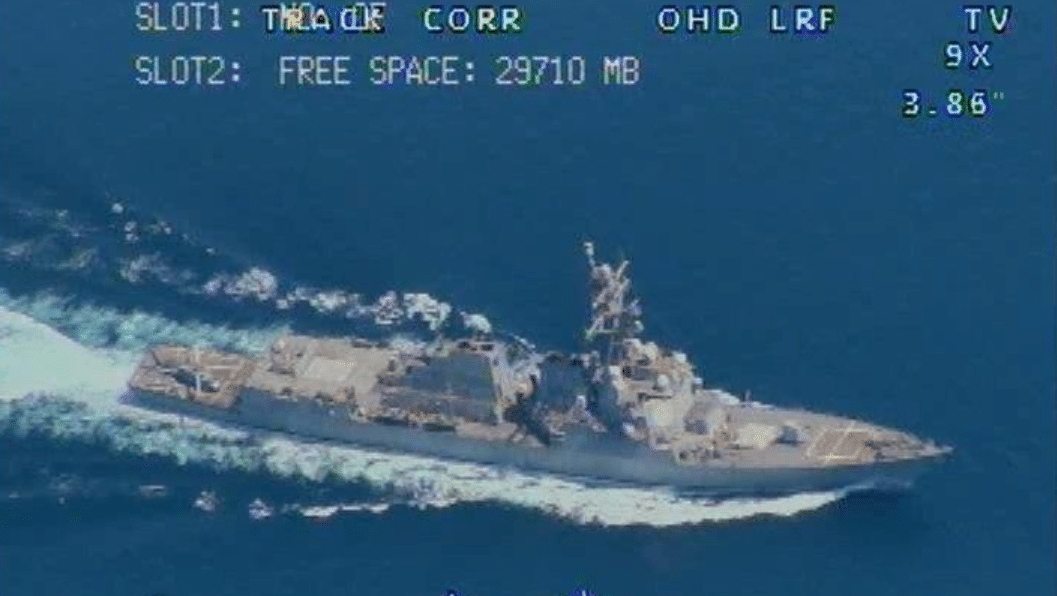 Photo purporting to show a U.S. Navy warship in the Strait of Hormuz. (IRGC via Seraph News/Released)

According to the Associated Press, the Nimitz and other U.S. Navy ships passed through the strategic Strait of Hormuz on Friday, in what was described by Navy officials as a “scheduled maneuver.”

The U.S. Navy’s Bahrain-based 5th Fleet, which oversees patrols across Mideast waters, has declined to provide comment on the Iranian claims Wednesday. 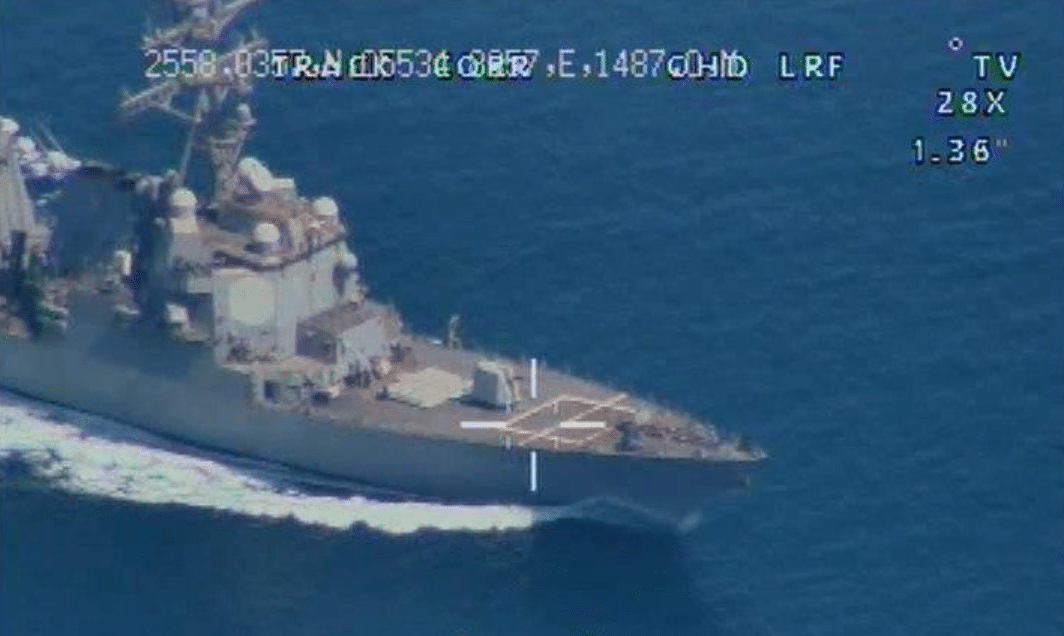 Photo purporting to show a U.S. Navy warship in the Strait of Hormuz. (IRGC via Seraph News/Released)

Iran has published other images of U.S. Navy vessels in the past. In April 2019, Iran released similar footage from an IRGC drone that reportedly flew over USS Dwight D. Eisenhower (CVN-69) and another American warship in the Persian Gulf.

The latest drone incident comes amid heightened tensions between the U.S. and Iran, as the Trump administration has announced a sanctions snapback against Iran in place of an arms embargo against Iran that is set to expire in October.

The U.S. has pushed forward with the sanctions, despite pushback from European leaders, who have denounced the sanctions and argued the U.S. lost the right to reimpose sanctions against Iran because it withdrew from the 2015 Iran nuclear deal, known as the Joint Comprehensive Plan of Action (JCPOA). U.S. Secretary of State Mike Pompeo has separately argued that the U.S. retained the right to trigger sanctions, because they are in compliance with a U.N. resolution in which the U.S. is still participating.