Attempted murder charges were filed against Deonte Lee Murray, 36, who was taken into custody after a lengthy standoff in Lynwood on Sept. 15, Lacey said. At the time, Sheriff Alex Villanueva said Murray was suspected in an armed carjacking and was not involved in the shooting.

The deputies — a 31-year-old woman and a 24-year-old man who have not been identified by the Sheriff’s Department — were shot in the face and head while sitting in their patrol car near the Compton station on Sept. 12. They underwent surgery, and both have since been released from the hospital. 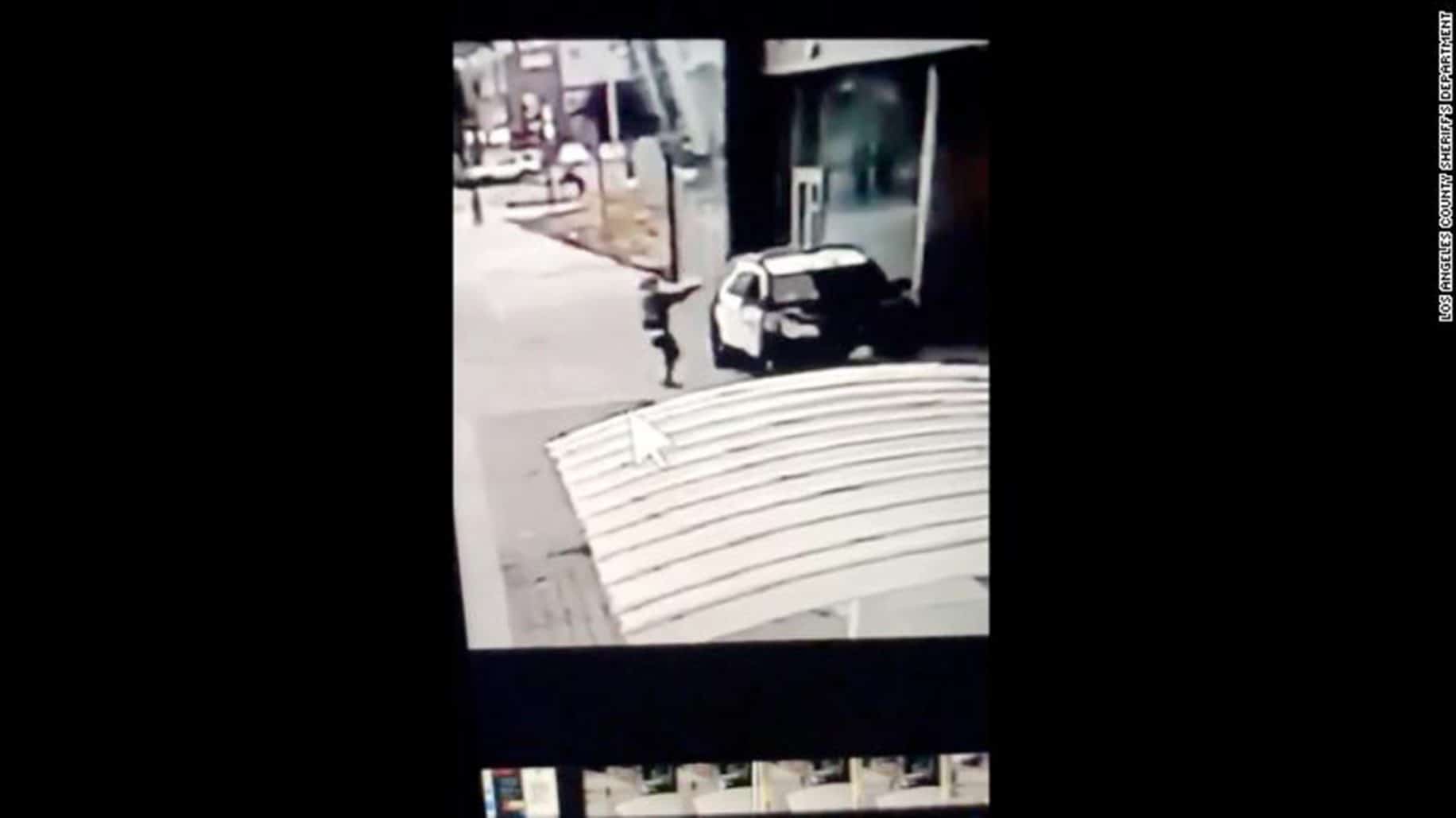 Murray, who was scheduled to appear in court Wednesday, was charged at the time with one felony count each of carjacking, second-degree robbery and assault with a semiautomatic firearm-personal use of a firearm. The charges include allegations of association with a criminal street gang, discharging a rifle inflicting great bodily injury, and personal use of an AR-15.

The shooting of the deputies was captured on surveillance video. It shows a figure in dark clothes casually walk up a pathway near the Compton Blue Line station, approaching the parked patrol car from behind.

The person draws closer and turns to face the passenger door of the black-and-white patrol SUV, his steps quickening. Inches from the window, he raises a gun, opens fire and runs back the way he came.

Moments later, the passenger door opens and a deputy stumbles out, hand on head. The driver’s door opens soon after. On the radio, a garbled voice mutters: “998 Compton Pax.”

The female deputy, mother to a 6-year-old boy, managed to get out of the cruiser and help her partner hide behind a concrete pillar for safety, not knowing whether the gunman was still in the area.

She then applied a tourniquet to her partner’s arm, which was bleeding.