Sikorsky Aircraft and Boeing have developed their next-generation compound helicopter, and flight testing is underway to determine if the aircraft is capable of entering the U.S. military fleet.

Nicknamed the “Defiant,” the new Joint Multi-Role (JMR) SB-1 helicopter was revealed at the Association of the United States Army Annual Meeting & Exposition in 2016. The prototype took its first flight in March 2019

Check out the Defiant taking a flight in front of a crowd at the William P. Gwinn airport in West Palm Beach, F.L., Feb. 20, 2020:

Conceived as a next-generation replacement for the UH-60 Black Hawk and AH-64 Apache, SB-1 is being pursued along with the Bell Helicopter V-280 for the U.S. Army’s JMR program. The program funds competing X-planes as a precursor to a Future Vertical Lift (FVL) acquisition.

Future Vertical Lift-Medium was a new-start project in the Army’s fiscal year 2017 budget submission, and an acquisition plan is being considered by the Pentagon. SB-1 and V-280 are proof-of-concept demonstrators, but each side is continuously refining their ultimate FVL proposals as the technology as well as the Army’s requirements and mission needs mature. 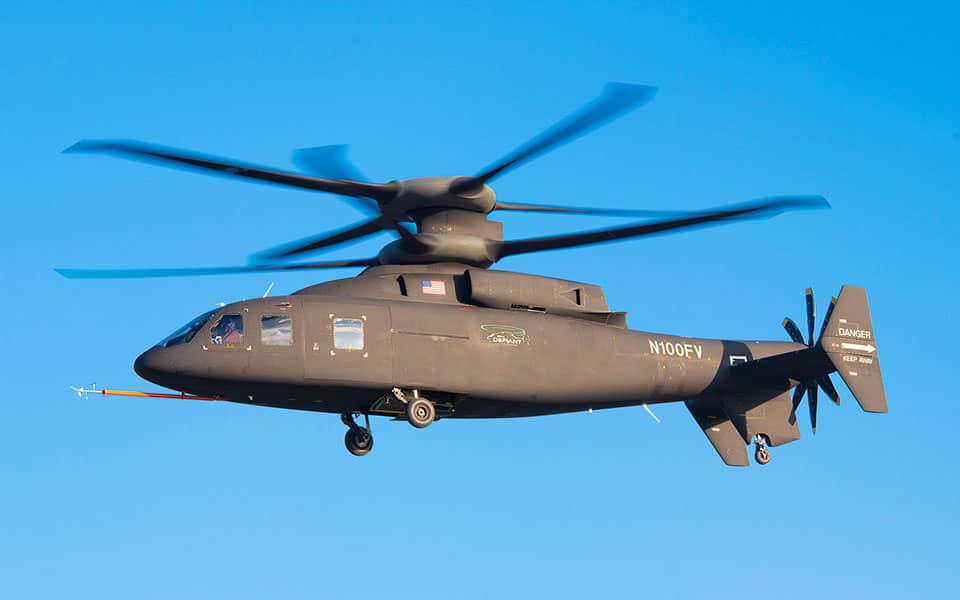 For now, the concept aircraft is powered by two Honeywell T55 engines. In the future, a new engine, the Future Affordable Turbine Engine (FATE), is set to be utilized instead in order to meet the range requirement of 229 nmi (264 mi; 424 km). A number of other requirements from the U.S. Army have also influenced the aircraft’s production. Coupled with technological advancements, the final SB-1 may include a number of new features and capabilities not yet discussed. 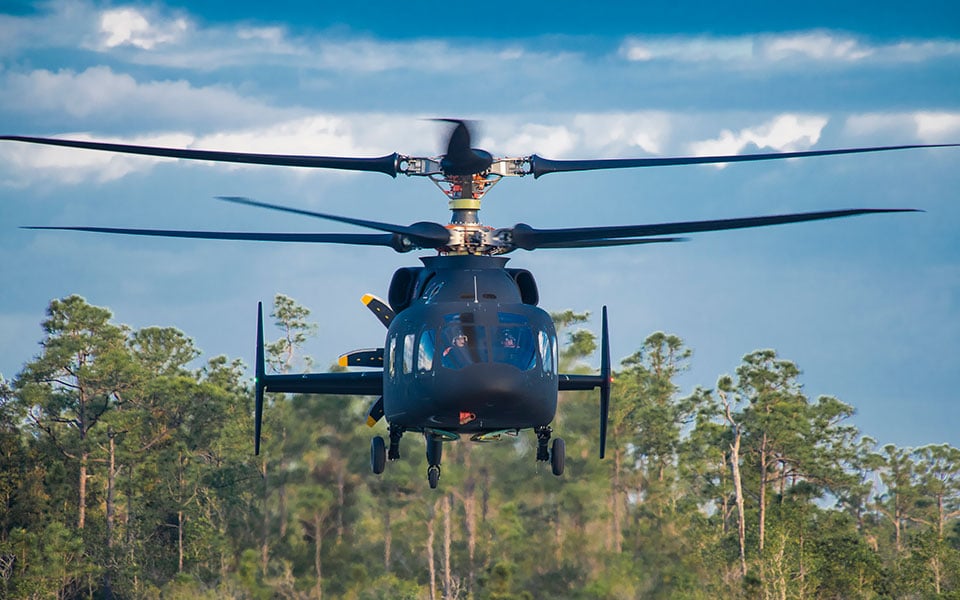 Sikorsky–Boeing says the final production SB-1 will be quick and nimble, with fast acceleration and deceleration, fast side-to-side movement, and the capability to hover with the tail up and nose down.

Here’s more about the SB-1’s design and capabilities in the concept video below: