The Air Force Academy will debut their new uniforms honoring the “Red Tails” of the famous Tuskegee Airmen during the team’s season-opener game against the Naval Academy on October 3 at Falcon Stadium.

A video released by the Air Force Academy showcased the new all-gray uniforms, an homage to the U.S. Army Air Corps’ African-American airmen who fought during World War II.

The helmets are white and red, reflecting the distinct tail section of the P-51 Mustang fighters flown by the 332nd Fighter Group. Unit patches from the four squadrons that made up the Fighter Group are also featured on the helmets, specifically the 99th, 100th, 301st and 302nd squadrons.

The Airmen’s unofficial “Spit Fire” patch and yellow stripes from the P-51 are on the shoulder of the uniforms. The “Spit Fire” patch is also on featured on the uniform’s gloves and hand-lettered names written on the Tuskegee Airmen’s planes are adorned on the players’ backplates. The pants have stencil lettering on one leg and 20 “aerial victory markings” for the AFA’s 20 victories against Army and Navy since 1972. 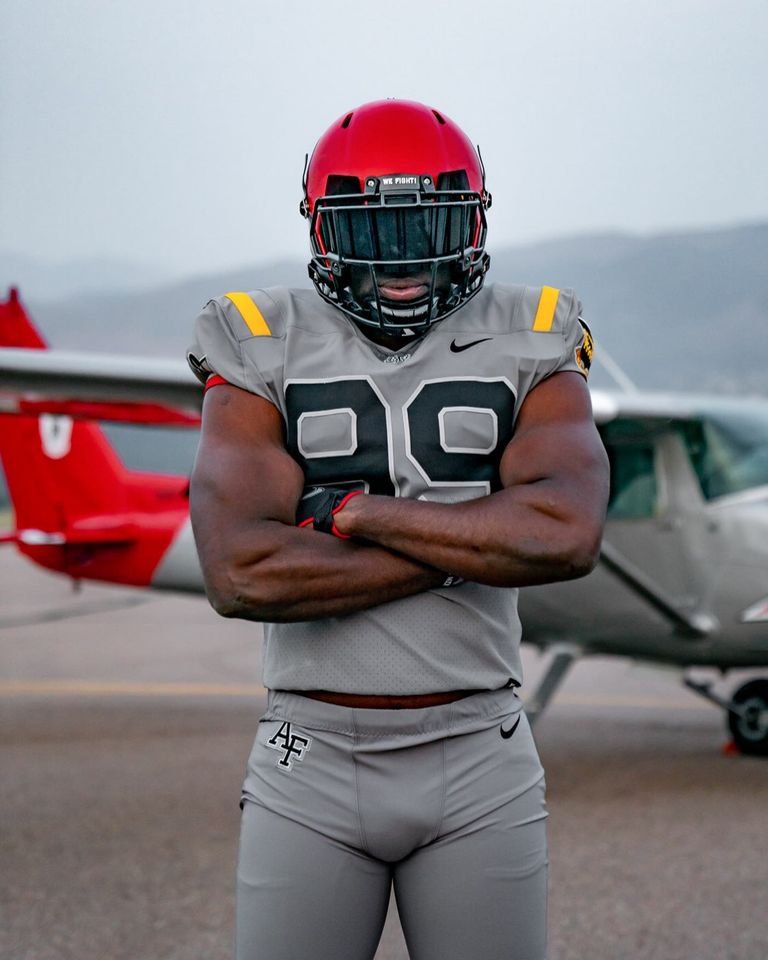 The uniform is the 2020 edition of the Air Power Legacy Series. Other series have honored the C-17 Globemaster III, the Flying Tigers, and the AC-130 “Spooky” Gunship.

Commissioned by President Franklin Delano Roosevelt in September 1940, the Tuskegee Airmen began their training at Morton Field in Tuskegee, Ala. Over 900 pilots graduated from the program and more than 350 served as active-duty fighter pilots. 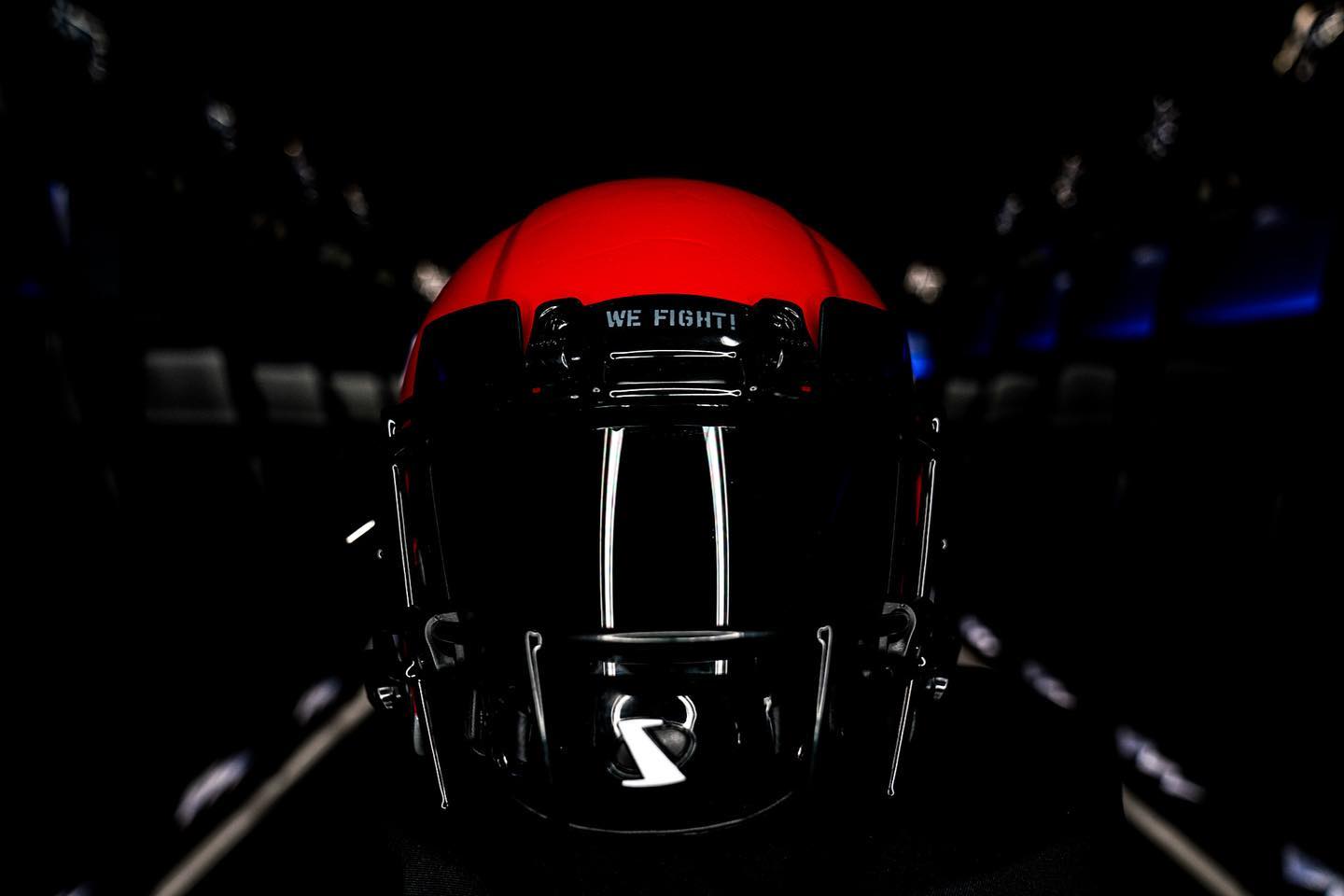 The Tuskeegee Airmen earned the nickname the “red tail angels” from other bomber crews after losing just 25 bombers to enemy pilots, nearly half the average losses of the rest of the 15th Air Force.

Benjamin O. Davis, Jr., the first African-American officer to solo an Army Air Corps aircraft, became commander of the first all-African American air unit. The Air Force Academy re-named its airfield to “The Davis Airfield” in his honor in November 2019.