Herb Elfring of Jackson survived the Dec, 7, 1941 attack on Pearl Harbor. He has been back many times to visit the area. He poses for a portrait outside of his Jackson home on Thursday, Aug. 27, 2020. (J. Scott Park | MLive.com/TNS)
September 05, 2020 Marie Weidmayer - MLive.com
Share
Tweet
Flip

World War II veteran Herb Elfring was supposed to travel to Pearl Harbor for the 75th anniversary of the end the war.

But the coronavirus pandemic canceled the Jackson man’s plan.

The Sept. 2 ceremony celebrating the war’s end is being limited to veterans who live in Hawaii because of COVID-19 concerns, the Associated Press reported. Elfring, a U.S. Army veteran, was supposed to attend the ceremony with his daughter.

Elfring, now 98, was at Camp Malakole, about three miles from the harbor itself, when it was bombed by Japanese fighter planes on Dec. 7, 1941. 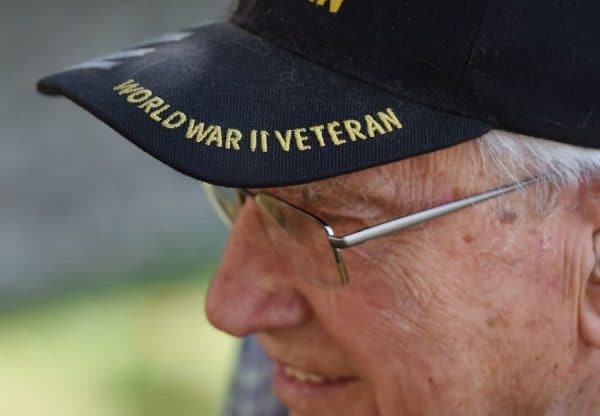 Herb Elfring of Jackson survived the Dec, 7, 1941 attack on Pearl Harbor. He has been back many times to visit the area. He poses for a portrait outside of his Jackson home.
(J. Scott Park | MLive.com/TNS)

“I was barely missed a couple times by bullets,” he said.

Elfring was born in South Dakota in 1922, but the dust bowl forced his family to sell the farm and they moved to Montana in 1933 where his dad to wored on the Fort Peck Dam. After graduating high school, Elfring moved to San Diego to live with his brother and sister-in-law. 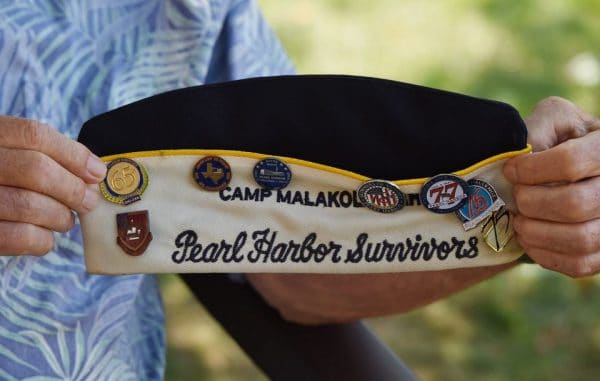 Herb Elfring of Jackson survived the Dec, 7, 1941 attack on Pearl Harbor. He has been back many times to visit the area. He poses for a portrait outside of his Jackson home.
(J. Scott Park | MLive.com/TNS)

“The days before World War II started were not too prosperous years yet,” he said.

The California National Guard was activated in Sept. 16, 1940, and Elfring was sent to Hawaii in November, a little more than a year before the United States officially joined the war.

About a year after the Pearl Harbor attack, Elfring was deployed to the Fiji Islands with his anti-aircraft regiment to defend air strips. He was sent to the Solomon Islands after that. While there, he went through officer training and was promoted to second lieutenant in January 1943.

From the Solomon Islands, Elfring was sent to the Philippines. During his trip on a ship, he watched a Japanese kamikaze pilot almost hit a neighboring U.S. ship. The pilot narrowly missed the back of the ship, which was incredibly lucky because you never knew how many explosives were in those planes, Elfring said. 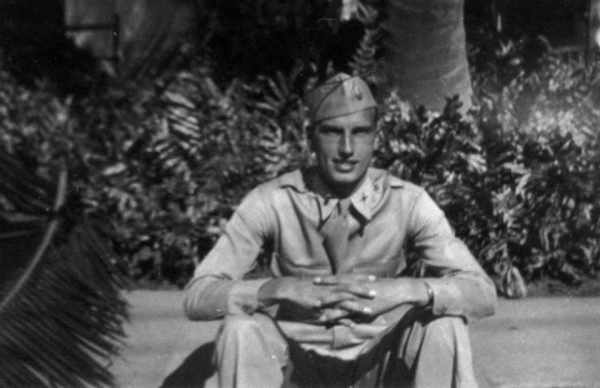 In July 1945 Elfring was sent back to the U.S. to be reassigned.

“One of the most touching things in my life was coming back from the Phillipines — we were on the ship for a month — when we came into San Fransico and about to sail under the Golden Gate Bridge,” Elfring said, while tearing up. “After spending all that time in the Pacific, finally getting back. The realization that it was happening. Sailing under that bridge was a real sight, I’ll never forget that.”

He was at his parents’ home in Montana when the first bomb was dropped on Hiroshima on Aug. 6, 1945. He was called to Fort Leavenworth to start discharge paperwork.

“That was before the actual armistice was signed by Japan, but they knew it was coming soon,” he said.

Elfring was officially discharged Nov. 18, 1945 as a captain, after using two months of unused leave time.

“That came in handy to get pay for two months,” he said. 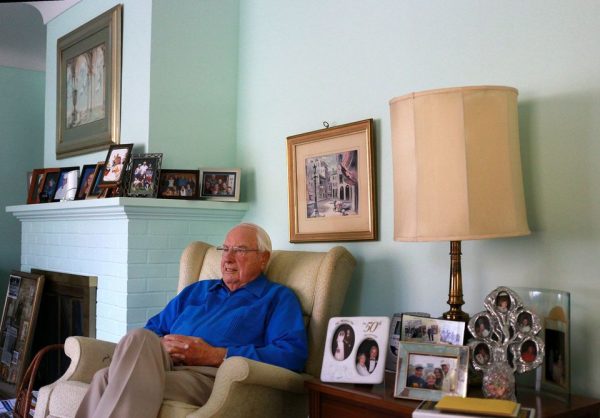 Herb Elfring a Pearl Harbor veteran reflects on the attacks at Pearl Harbor on the island of Oahu, Hawaii in 1941, at his home in Jackson, Mich., on Tuesday, Nov. 1, 2016.
(Samantha Madar | Mlive.com/TNS)

Elfring then attended the University of Michigan for electrical engineering. After graduation, he got a job with Consumers Energy in Jackson, working there for 35 years. On June 1, he celebrated 35 years of retirement.

His wife, Ruth, died from Alzheimer’s Disease in 2005, after he spent 11 years taking care of her. They had five kids, with eight grandchildren and five great-grandchildren.

Elfring now lives at an assisted living facility in Blackman Township. He participates in exercise classes every day and talks to friends.

“Health wise I have been very fortunate, I have all my bones and joints,” he said. “It’s working out OK here. I don’t feel like I’m totally shut in, I can jump in my car and run an errand if I want to.” 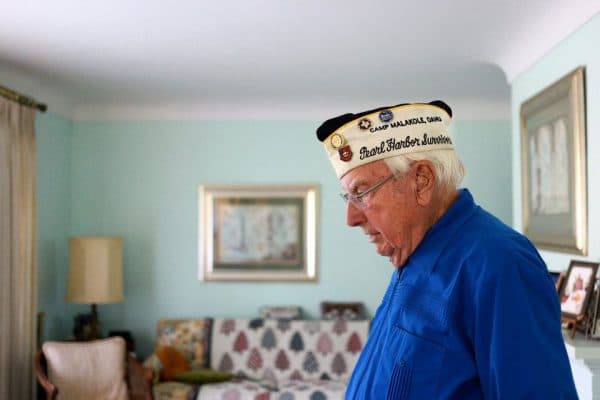 Herb Elfring a Pearl Harbor veteran reflects on the attacks at Pearl Harbor on the island of Oahu, Hawaii in 1941, at his home in Jackson, Mich., on Tuesday, Nov. 1, 2016.
(Samantha Madar | Mlive.com/TNS)

He also square dances and ballroom dances, although the coronavirus put a hold on that.

“It all worked out, I’m here to talk about it,” Elfring said. “That’s the important thing.”

Elfring has returned to Pearl Harbor the past four years for ceremonies honoring him and other survivors. There were only 13 survivors at last year’s ceremony, he said.

Elfring took his first trip back to Pearl in 1978 and realized he couldn’t remember how to find his camp because it had been so long.