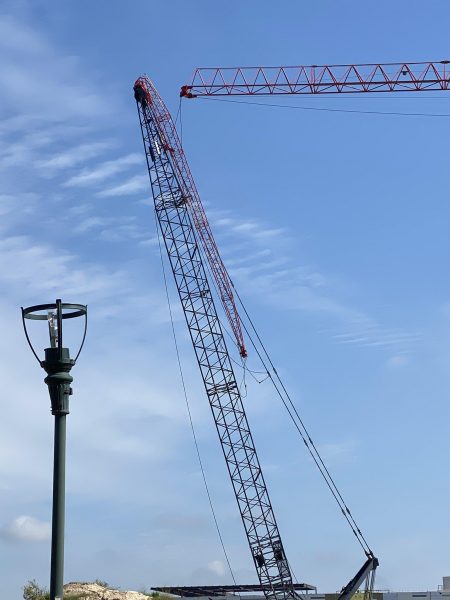 Eight ambulances are responding to the scene, and at least 20 people were being treated immediately. Rescuers were trying to reach a crane operator, medics said.

The public is being advised to avoid the area if possible.

UPDATE: Structural Collapse incident at 1600 Robert Browning St; #ATCEMS Command advising current victim count at 21 with 7 patients being treated & prepped for transport from a reported 2 crane collision at this location.