World War II came to an end on Aug. 14, 1945, when Imperial Japan signaled their decision to surrender to the allied forces in the war.

Japanese Emperor Hirohito made the decision to surrender just five days after the U.S. dropped the second atomic bomb on the Japanese city of Nagasaki on Aug. 9, 1945. Hirohito recorded a radio message, broadcast to the allies, announcing Japan’s intent to surrender. Aug. 15, 1945 came to be known as Victory Over Japan Day or VJ Day,

“To our good and loyal subjects, after pondering deeply the general trends of the world and the actual conditions obtaining in our empire today, we have decided to effect a settlement of the present situation by resorting to an extraordinary measure,” Hirohito began his speech. “We have ordered our Government to communicate to the Governments of the United States, Great Britain, China and the Soviet Union that our empire accepts the provisions of their joint declaration.”

Hirohito went on to say Japan declared war against the U.S. out of a desire for self-preservation but not to “embark upon territorial aggrandizement.”

“But now the war has lasted for nearly four years. Despite the best that has been done by everyone–the gallant fighting of our military and naval forces, the diligence and assiduity of out servants of the State and the devoted service of our 100,000,000 people–the war situation has developed not necessarily to Japan’s advantage, while the general trends of the world have all turned against her interest,” Hirohito said. “Moreover, the enemy has begun to employ a new and most cruel bomb, the power of which to do damage is, indeed, incalculable, taking the toll of many innocent lives.   Should we continue to fight, it would not only result in an ultimate collapse and obliteration of the Japanese nation, but also it would lead to the total extinction of human civilization.”

With his radio message, Hirohito signaled that the war had ended. VJ day celebrations broke out across the world. 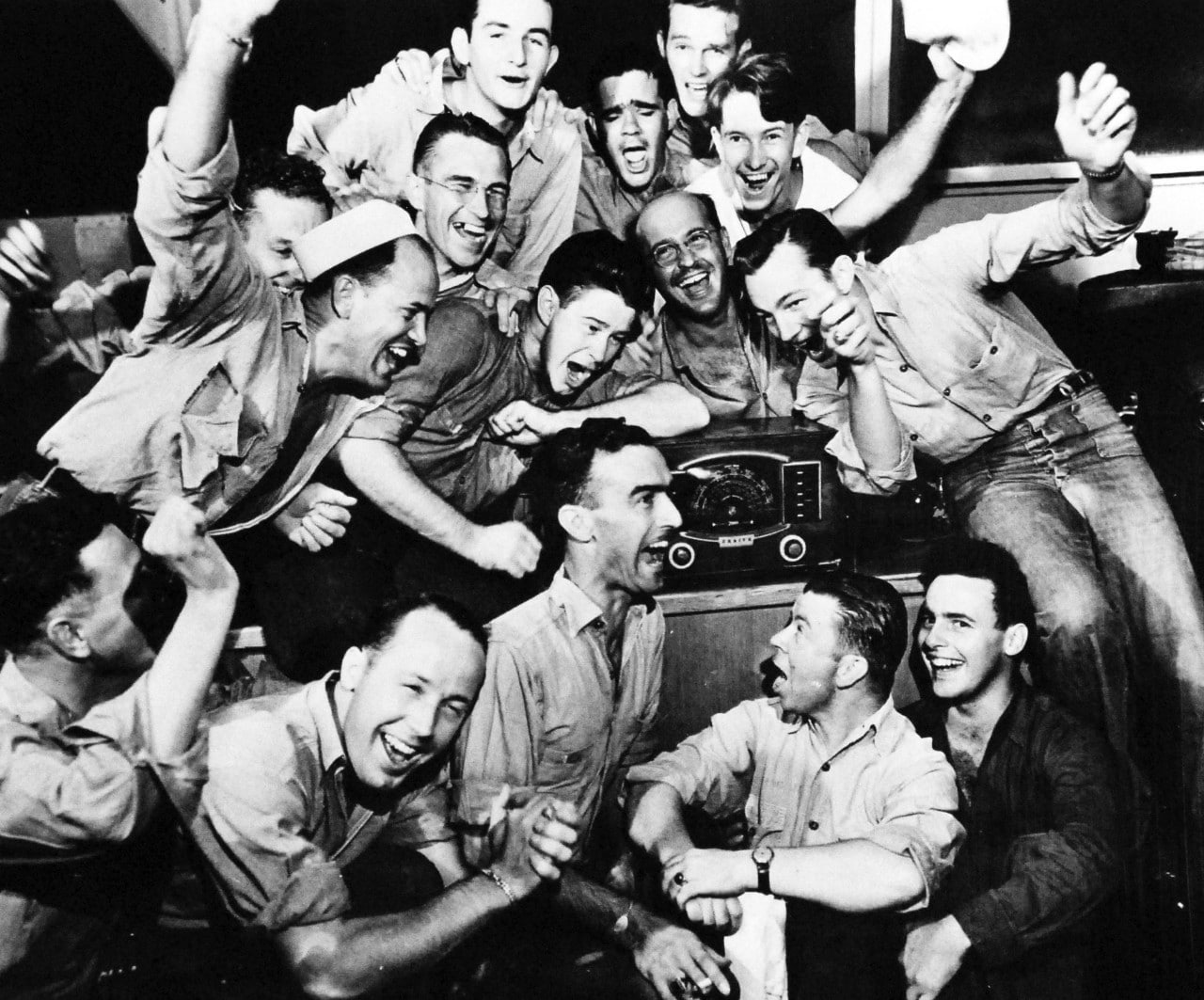 A famous photograph of a kissing couple was taken during VJ Day celebrations in New York City. 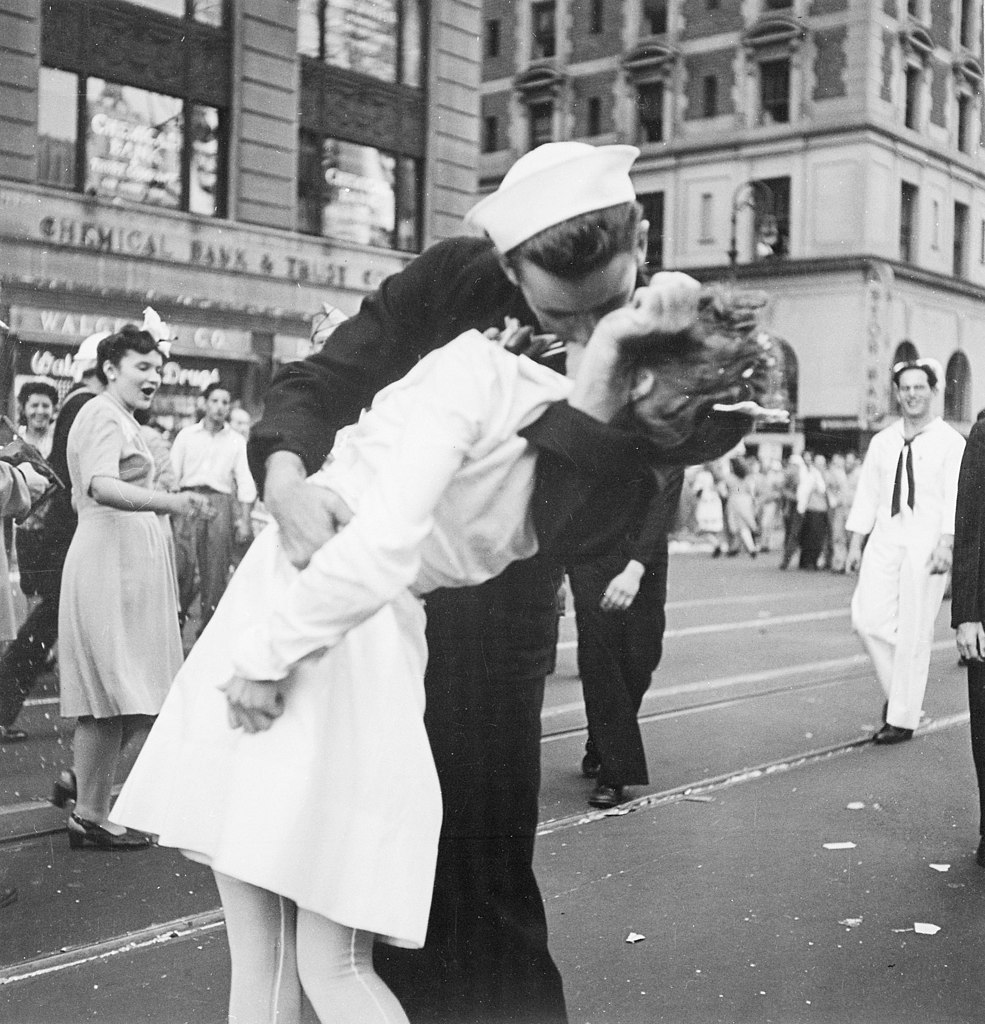 Weeks after VJ Day, on Sept. 2, 1945, Japanese government officials met with American officials aboard the USS Missouri and the Japanese signed a formal document of their surrender.