The U.S. Coast Guard hauled in a large load of drugs into Fort Lauderdale Wednesday, offloading nearly $26 million worth of cocaine and marijuana.

The crews of the Coast Guard Cutter Legare, Winslow Griesser and Cyclone-class patrol ship USS Shamal offloaded about 3,900 pounds of marijuana and about 1,100 pounds of cocaine at Port Everglades. The drugs are estimated to be worth $25.7 million.

The drugs were seized from suspected drug-smuggling vessels in the Caribbean Sea as part of a counternarcotics operation meant to disrupt the flow of drugs, according to the Coast Guard. 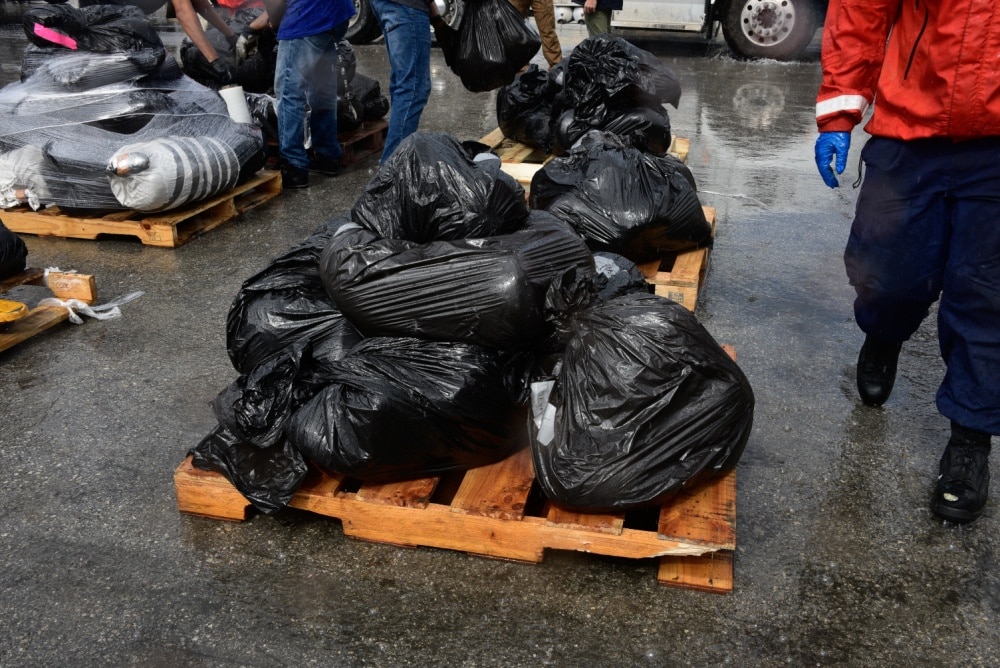 “The fight against drug cartels in the Caribbean Sea requires unity of effort in all phases from detection, monitoring and interdictions, to criminal prosecutions by international partners and U.S. Attorneys Offices in districts across the nation,” the Coast Guard said.