A U.S. Air Force helicopter was shot at while flying over Virginia and was forced to make an emergency landing, McClatchy is reporting.

While the event is being initially revealed on Wednesday, the event occurred on Monday, according to military officials.

A crew member, who was not identified, was injured and was treated at a hospital and later released.

The FBI “dispatched Special Agents and its Evidence Response Team to the Manassas Airport after receiving reports that a helicopter was shot at from the ground nearby,” the FBI’s Washington Field Office said in a statement to McClatchy.

The helicopter was identified as a UH-1N Huey helicopter is assigned to the 1st Helicopter Squadron at Joint Base Andrew.

Here is a video of the helicopters assigned to the 1st Helicopter Squadron:

Another video from 2017 details how the Air Force responded to a previous emergency response to an F-16 crash. 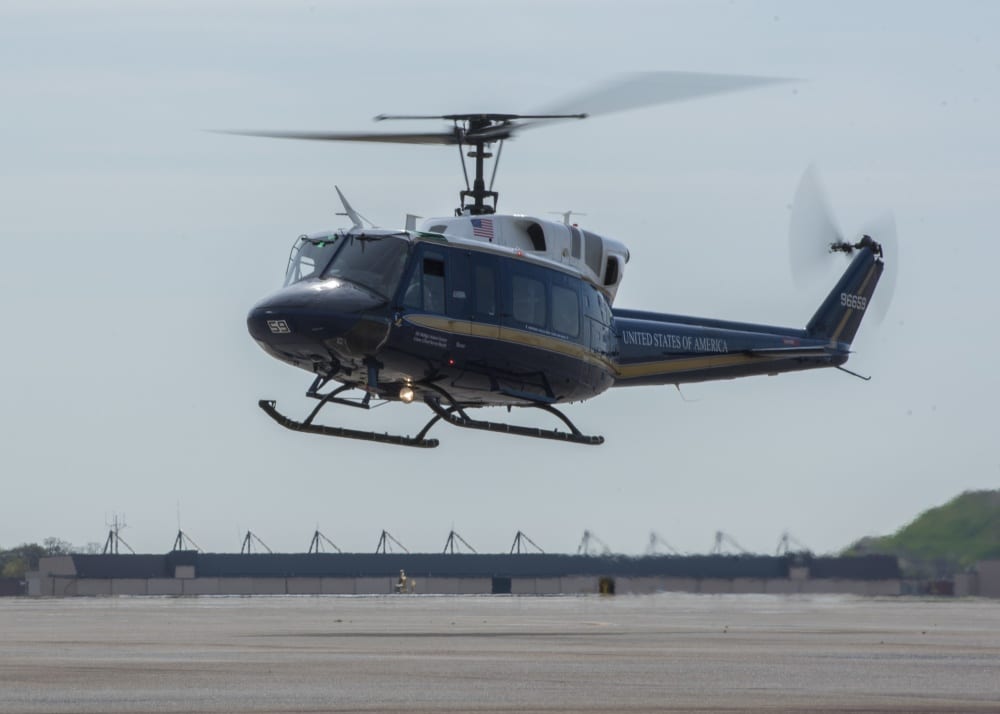 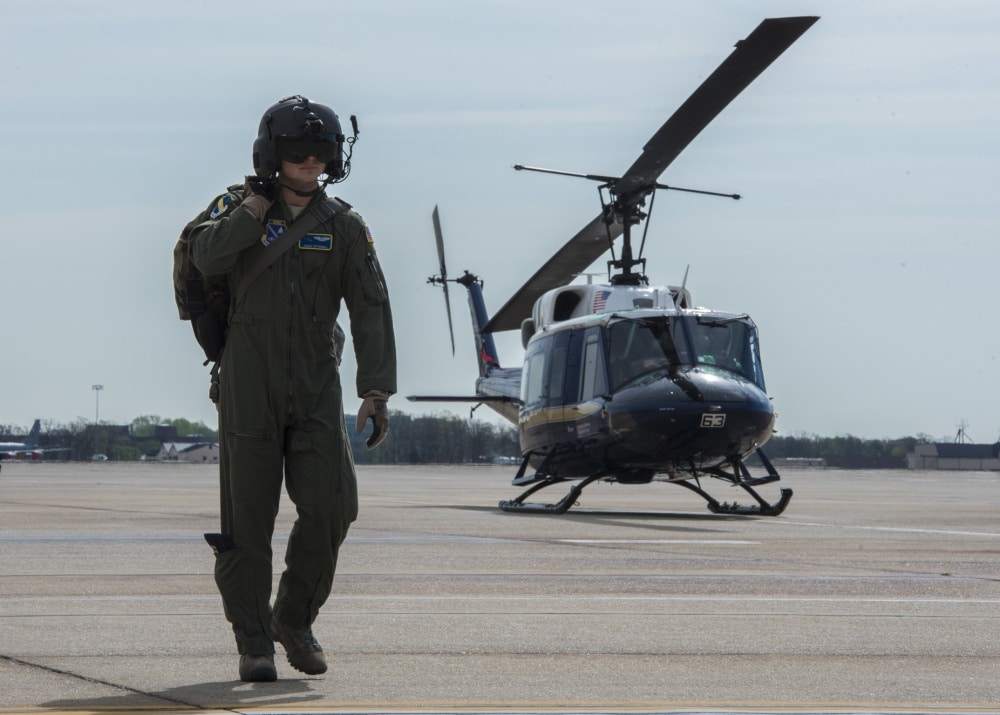 The FBI said it is investigating the Monday incident.

“The FBI Washington Field Office is working jointly with our law enforcement partners, including the Air Force Office of Special Investigations, to determine the circumstances surrounding the incident. One individual in the helicopter sustained a non-threatening injury, for which he was treated and subsequently released from the hospital,” the FBI said in additional statements to McClatchy.

Officials at Manassas Regional Airport told McClatchy they received a call around 12:20 p.m. alerting them of the emergency landing. 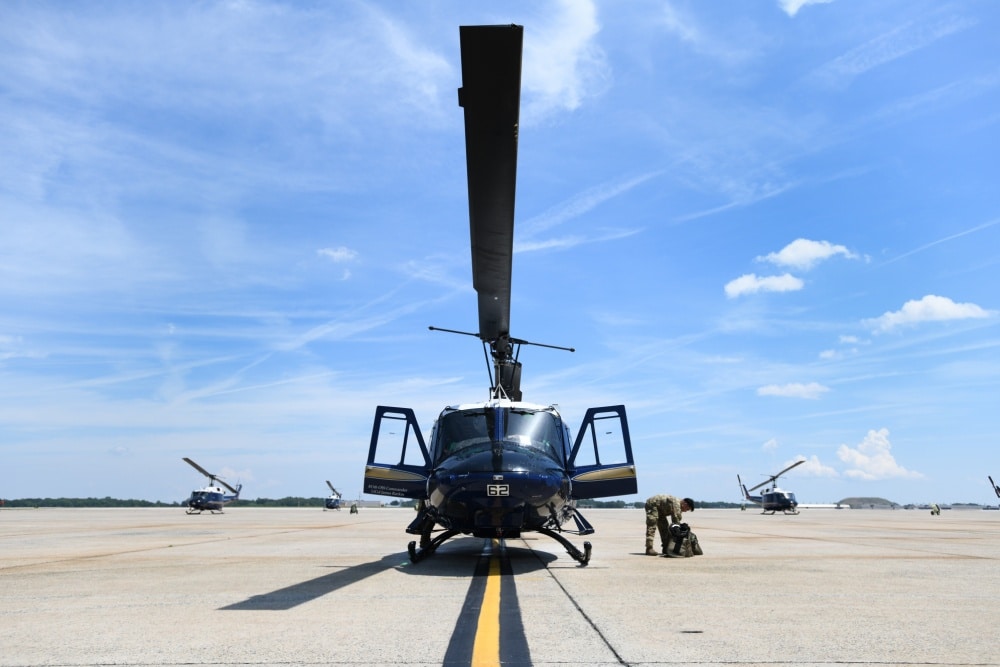 Airport operations officer Richard Allabaugh said they were advised of the landing and that “paramedics were on the way.”

The helicopter remained at the airport after the emergency landing.

“The Office of Special Investigations is fully engaged with our FBI colleagues on this incident. OSI take threats to our Airmen and our resources very seriously. As this is an ongoing investigation, no further investigative details can be released at this time,” Joint Base Andrews said in a statement to McClatchy.

Here are more pictures of UH-1N Huey helicopters like the one involved in Monday’s incident: 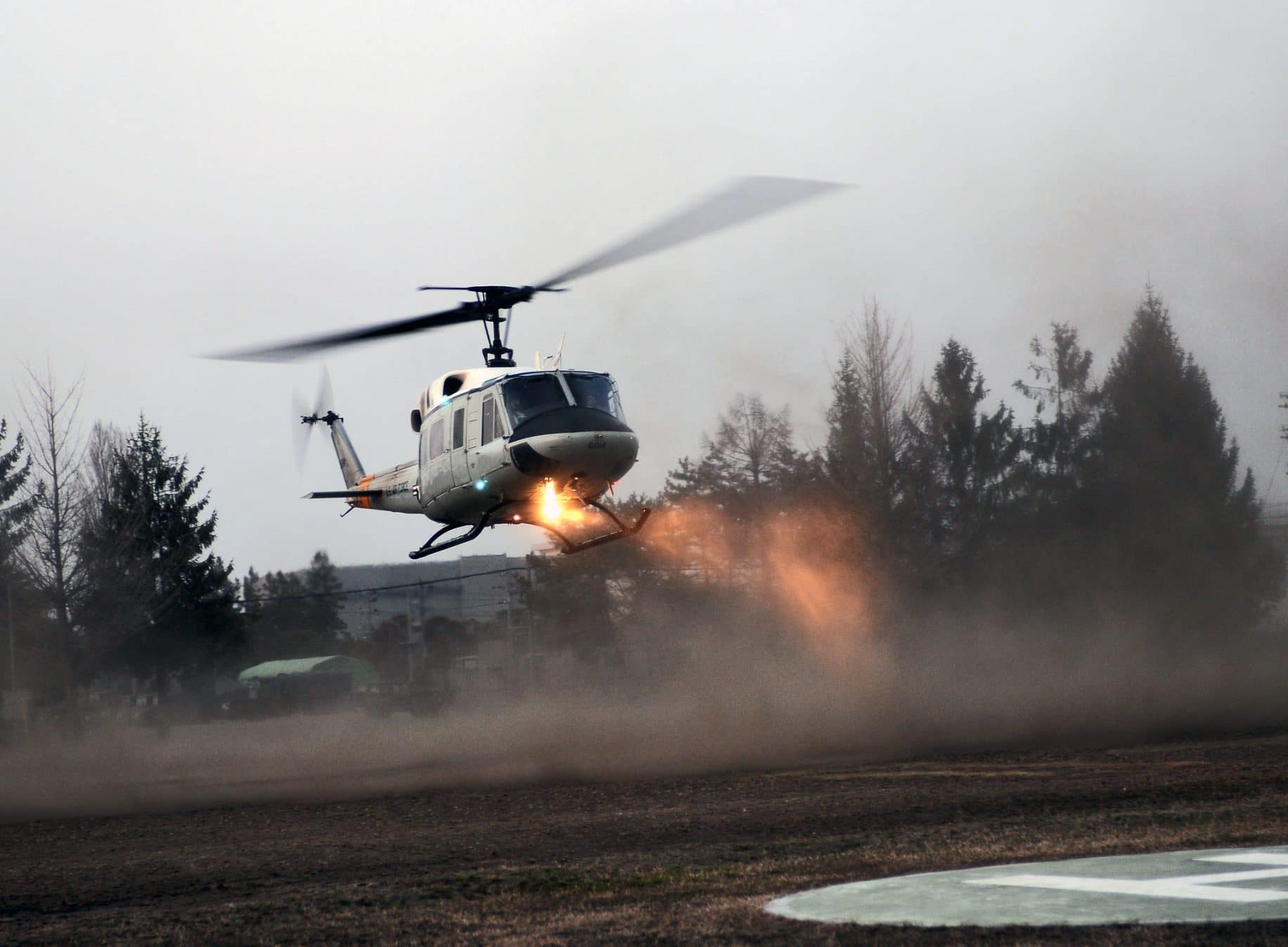 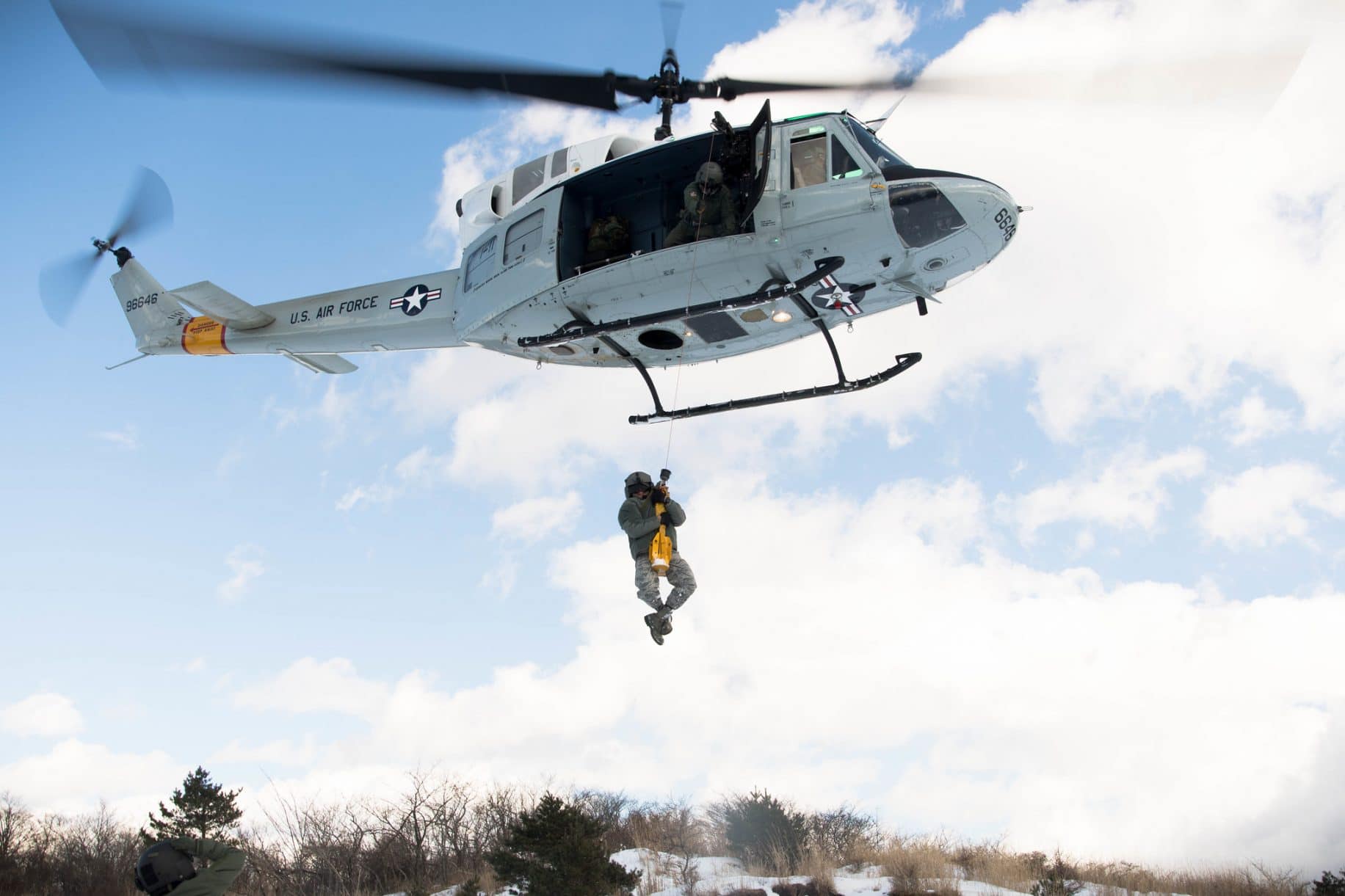 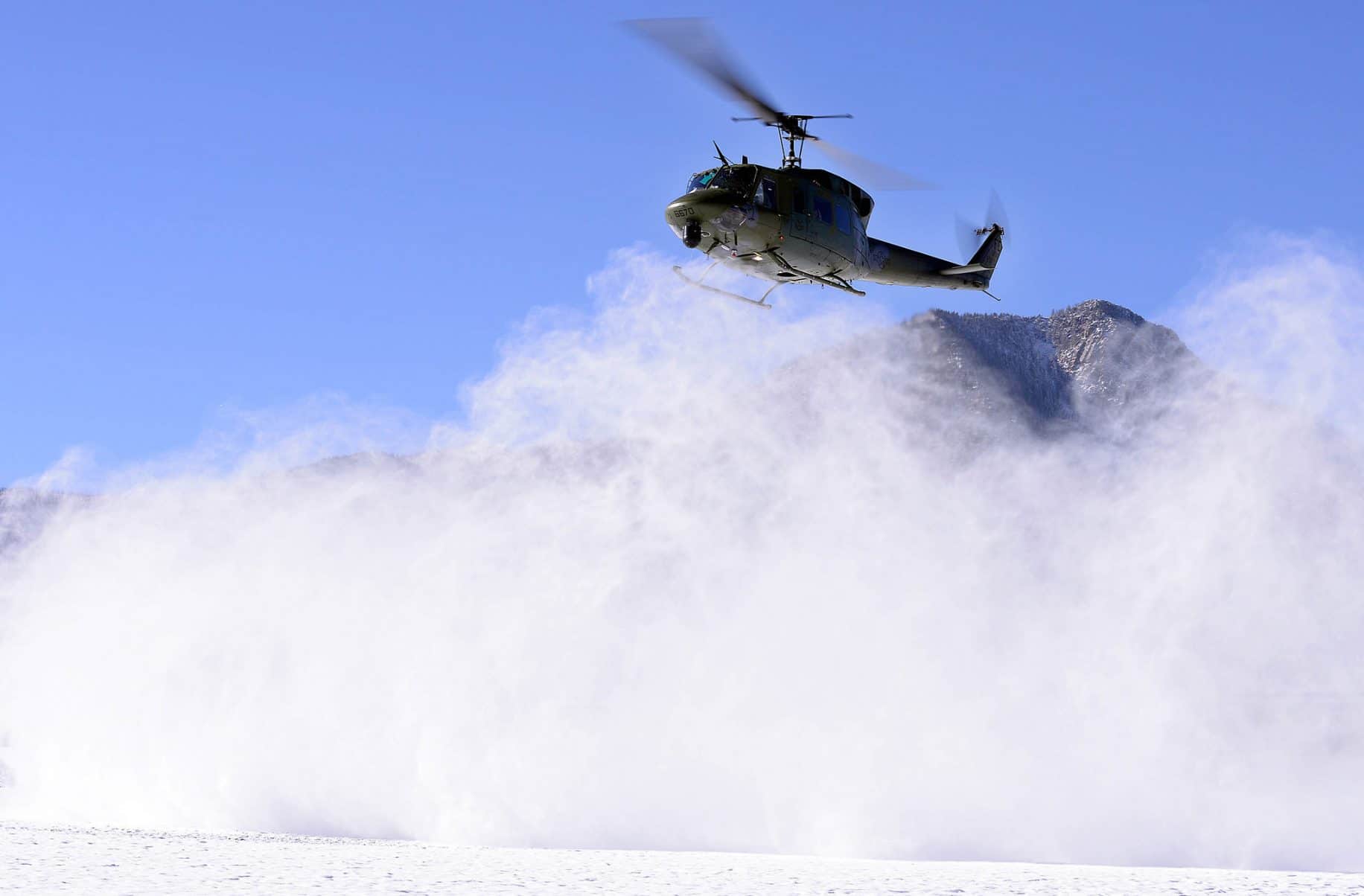