President Donald Trump on Saturday surveyed the damage in Louisiana and Texas from Hurricane Laura, which slammed into the Gulf Coast as a Category 4 storm two days earlier.

Trump met with first responders, members of the National Guard, city officials and members of Congress in Lake Charles, Louisiana, for about two hours there.

With his entourage he walked — maskless — through a neighborhood littered with damaged houses, downed trees and toppled power lines. He later traveled on to nearby Orange, Texas, via helicopter, to inspect conditions from air and ground.

“I’m here to support the great people of Louisiana,” Trump said in remarks at the Lake Charles Fire Department. “This was a tremendously powerful storm.”

The president said that Louisiana had “been through a lot” between the massive hurricane and its COVID-19 outbreak. “You’ve done a great job,” he told John Bel Edwards, the state’s Democratic governor.

Edwards said Laura was the most powerful hurricane to strike the state. Hurricane Katrina hit 15 years ago as a Category 3 storm, devastating New Orleans and killing more than 1,800 people.

Trump noted that many residents were without power and therefore also without air conditioning, with temperatures and humidity climbing.

“When people get used to air conditioning and all of a sudden they don’t have it, that’s a very traumatic situation,” he said.

Among those traveling with Trump from Washington were chief of staff Mark Meadows and Pete Gaynor, head of the Federal Emergency Management Agency. The president said Gaynor had done “a hell of a job.” FEMA so far has delivered some 2.6 million liters of water and 1.4 million meals to residents displaced by the storm, Trump said. 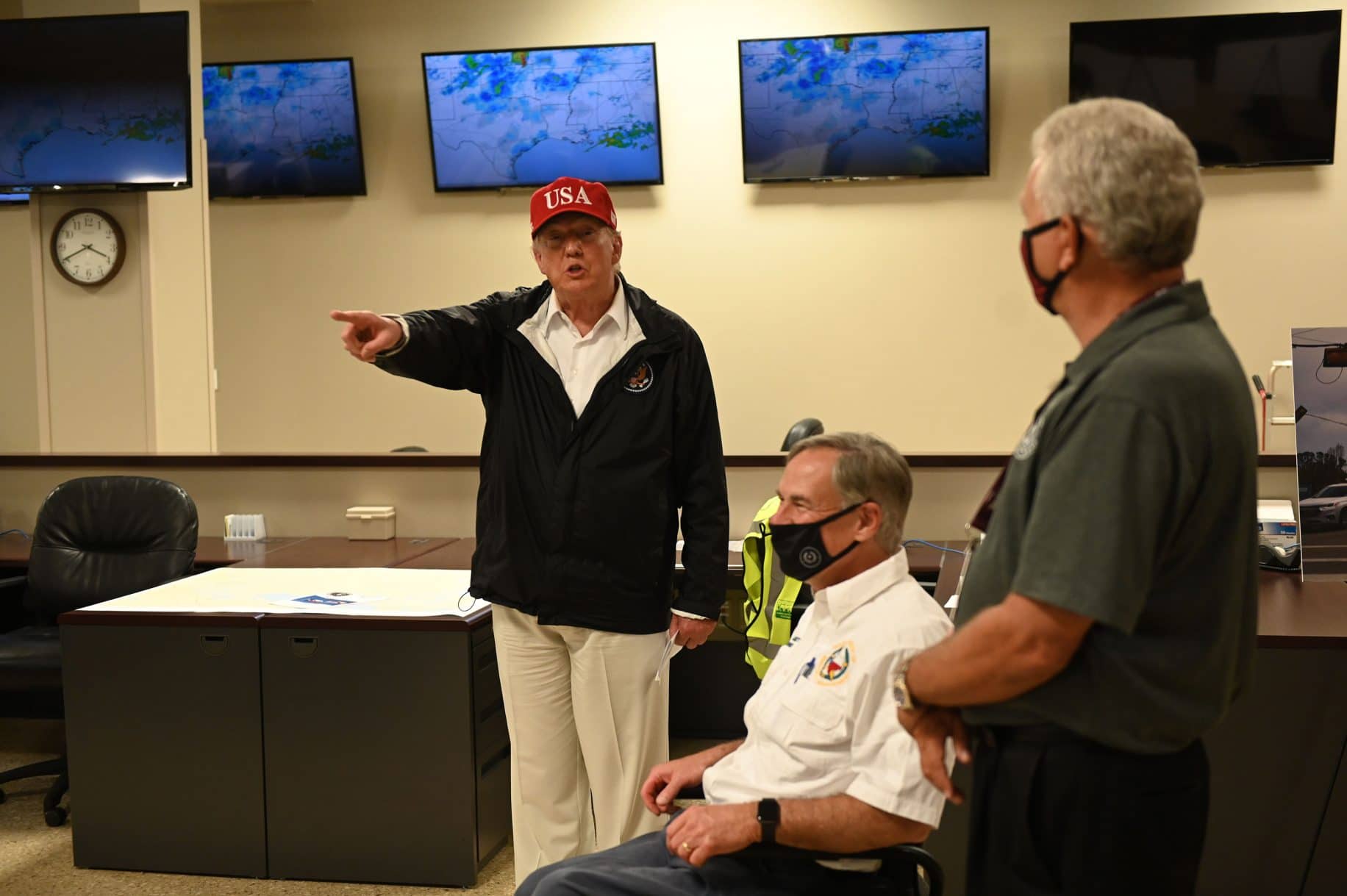 Trump was greeted in Texas by Gov. Greg Abbott, a Republican, as well as by Sen. Ted Cruz and Reps. Brian Babin and Randy Weber. In Orange he visited the county’s emergency operations center for an update on the government response.

Laura made landfall on Thursday morning packing winds of 150 miles per hour, some of the strongest to hit the region in more than a century, and creating a storm surge as high as 15 feet. The death toll in Louisiana and Texas is at least 16, the Associated Press reported. Hundreds of thousands of residents are still without water and power.

The storm’s track shifted east at the last moment to strike the region visited by Trump, along the border between the two states, while sparing nearby oil refineries. A chemical fire that broke out in Lake Charles at a KIK Custom Products-owned BioLab facility is now under control.

Trump made the trip after the four-day Republican National Convention that ended Thursday, and after holding a rally in New Hampshire on Friday night. He’s criticized his opponent Joe Biden, the Democratic presidential nominee, for not appearing more frequently in public.

In a statement on Hurricane Laura on Saturday, Biden said “we will come back and we will be there to help you build back better.”