Rob O’Neill, the former U.S. Navy SEAL who has claimed credit for shooting and killing the Al Qaeda leader Osama Bin Laden in a 2011 raid, says he has been banned from flying with Delta Airlines over a Twitter post.

The apparent Delta Airlines ban followed a since-deleted tweet of O’Neill sitting on an airline flight without a mask, while other passengers can be seen wearing them in the flight. Despite the airline’s masking practices, O’Neill’s tweeted a picture of himself without a mask, with the caption, “I’m not a pussy.” 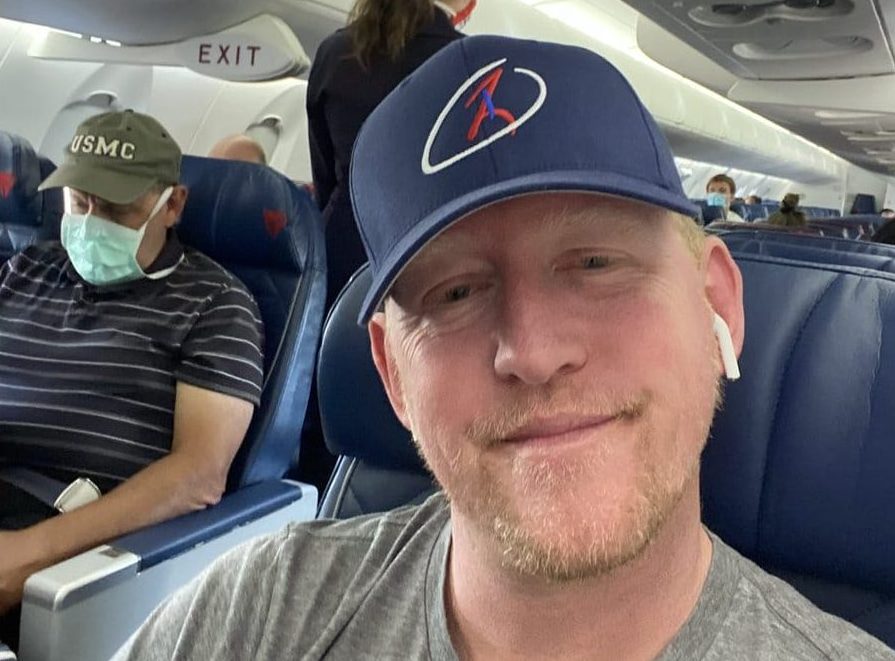 Former U.S. Navy SEAL Rob O’Neill tweeted this image, along with the caption “I’m not a pussy” in a since-deleted tweet. (Twitter screenshot, Twimg)

O’Neill’s since-deleted tweet does include a picture of a man wearing a U.S. Marine Corps (USMC) hat behind him. O’Neill said in a follow-up tweet, “This was not a dig at the Marine behind me. I love Marines…”

O’Neill’s tweet went viral and raised controversy before he deleted it. After the initial tweet, O’Neill said in another Twitter post on Thursday, “I just got banned from @Delta for posting a picture. Wow.”

I just got banned from @Delta for posting a picture. Wow.

Delta’s mask policy states, “Delta customers and employees are required to wear a face mask, or appropriate cloth face covering over their nose and mouth throughout their travel, aligning with best practice guidelines from the CDC, opens in a new window.” The mask policy extends to passengers checking in, staying at a Delta sky club, waiting at boarding gates, standing on the jet bridge and aboard the airlines for the duration of the flight, except to eat and drink during the flight.

In a follow-up tweet from the incident, O’Neill said, “I had my mask in my lap. Everyone has gone crazy..”

I had my mask in my lap. Everyone has gone crazy.. https://t.co/tWyqm59o6j via @washtimes

A Delta spokesperson told Business Insider that the airline was investigating the incident but they declined to provide specifics on the incident.

In another tweet Thursday, O’Neill referenced his 2011 mission with SEAL Team 6 to take out Bin Laden. “Thank God it wasn’t @Delta flying us in when we killed bin Laden… we weren’t wearing masks…”