This article was originally published by Radio Free Asia and is reprinted with permission.

A rare sighting by Radio Free Asia of a Chinese nuclear-powered attack submarine, captured in a satellite image at the entrance of an underground base, hints at how China can marshal considerable undersea power on the doorstep of the disputed South China Sea.

Satellite imagery from Aug. 18 shows what appears to be a Type 093, or Shang-class, submarine in service with the People’s Liberation Army Navy (PLAN) outside an underground bunker at Yulin Naval Base, on the southern Chinese island province of Hainan. The bunker, accessed from the sea, is known for harboring submarine construction and repair facilities.

It offers an intriguing snapshot of what is a key home port for many ships and submarines in China’s South Sea Fleet, which is predominately focused on the South China Sea – a venue of growing rivalry between China and the United States. China has shown an increasing determination to assert its sweeping sovereignty claims in those strategic waters, and the U.S. has been flexing its own military muscle in response.

Two tugboats are also visible in an Aug. 18 photo. In an Aug. 19 image, they appear to be pushing what looks to be the same submarine towards a pier.

Capt. Christopher Carlson, a retired officer of the United States Navy Reserve, who examined the image, said the Type 093 would have exited backward out of the tunnel entrance of the bunker, aided by the tugboats – a typical maneuver.

“Given the narrow aperture of the tunnel, you are just asking for trouble for a submarine to leave the tunnel under its own power,” he said, pointing out the tight fit would also make it unlikely the submarine could safely use its nuclear reactor.

“Most people don’t realize submarines maneuver like pigs on the surface. With about half your rudder out of the water, wagging about in the air, this doesn’t leave a lot of control surface to effect steering,” said Carlson, who now works with a wargame publisher, the Admiralty Trilogy Group. 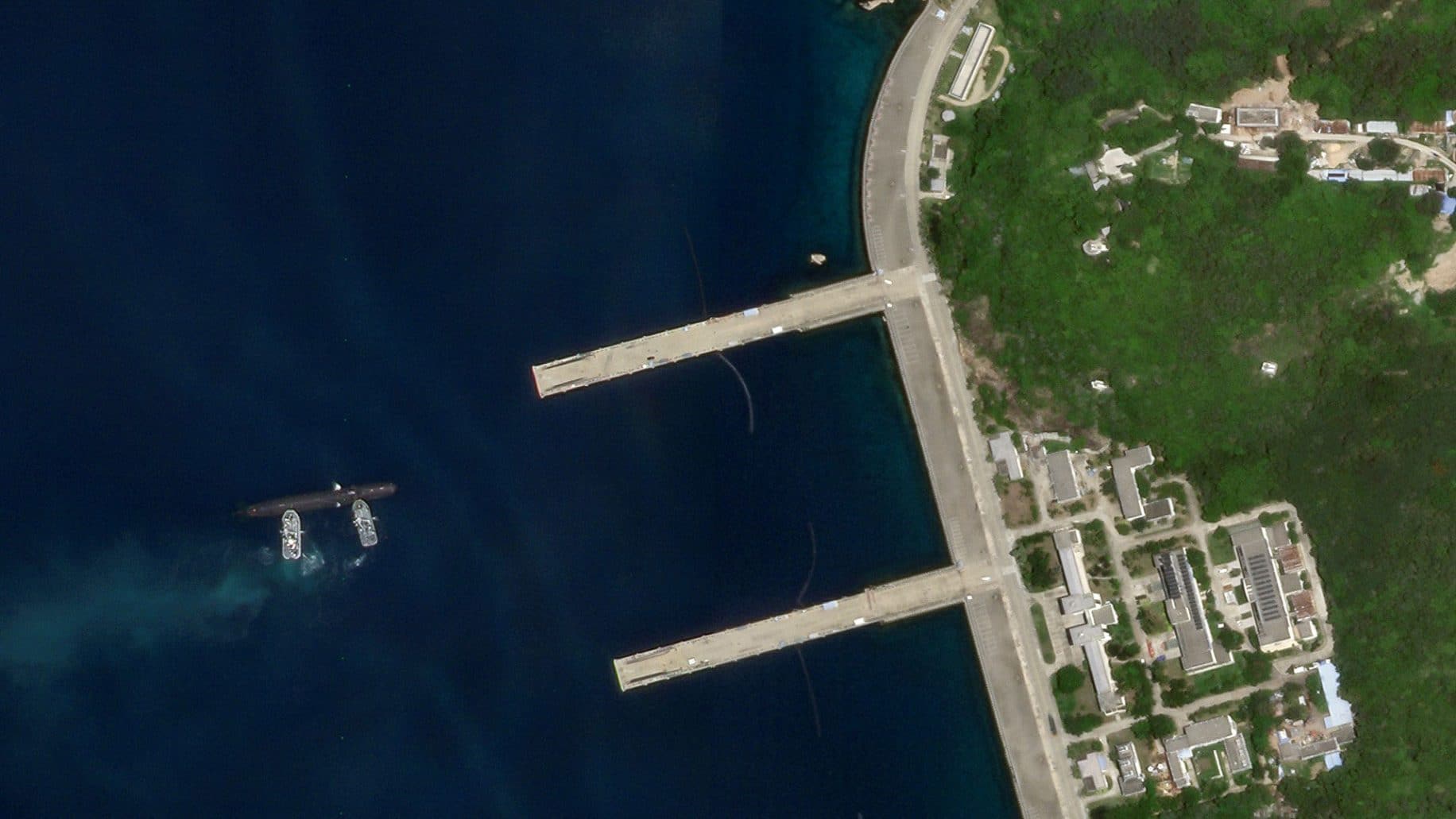 An image from Aug. 19 shows the Type 093 sub getting pushed towards one of Yulin’s piers. China has built-up its submarine force in recent years and greatly outclasses other claimants in the South China Sea, but still remains at a disadvantage to the United States. Credit: Planet Labs Inc.

The Type 093 is one of China’s more advanced submarines, although it is currently developing bigger, stealthier subs to replace it, including an improved version called the Type 093B. Experts say there are only known to be six Type 093 submarines in service with China’s navy. The vessel is primarily meant to attack other ships and submarines, depending on which variant is deployed.

As part of China’s military build-up over the past two decades, it has rapidly improved its submarine force, and now has about 70 submarines, dwarfing the fleet of any other country that abuts the South China Sea, according to the U.S. Defense Intelligence Agency’s annual China Military Power Report.

But Oriana Skylar Mastro, a fellow at Stanford University’s Freeman Spogli Institute for International Studies, believes that the U.S. still enjoys an edge over China in undersea warfare.

“Anti-submarine warfare (ASW) is one of the last remaining U.S. strengths against China,” she said in an interview, citing U.S. aircraft and other systems in the region that can locate submarines as they leave port.

Both China and the United States have stepped up military maneuvers in the South China Sea this year, amid increasing rivalry between the two powers, as well as Washington’s growing opposition to what it calls China’s “bullying” of Southeast Asian nations that have competing claims there.

As part of these maneuvers, the U.S. Navy has flown a number of maritime surveillance missions over the South China Sea in recent weeks. A U.S. Navy P-8 maritime patrol aircraft, which can be used to detect suspected submarines lurking beneath the surface, flew over the disputed waters just last week according to a report by CNN.

Mastro said part of the reason why the U.S. stays active in the South China Sea is that it is constantly gathering information about the undersea environment, enabling it to track submarines. 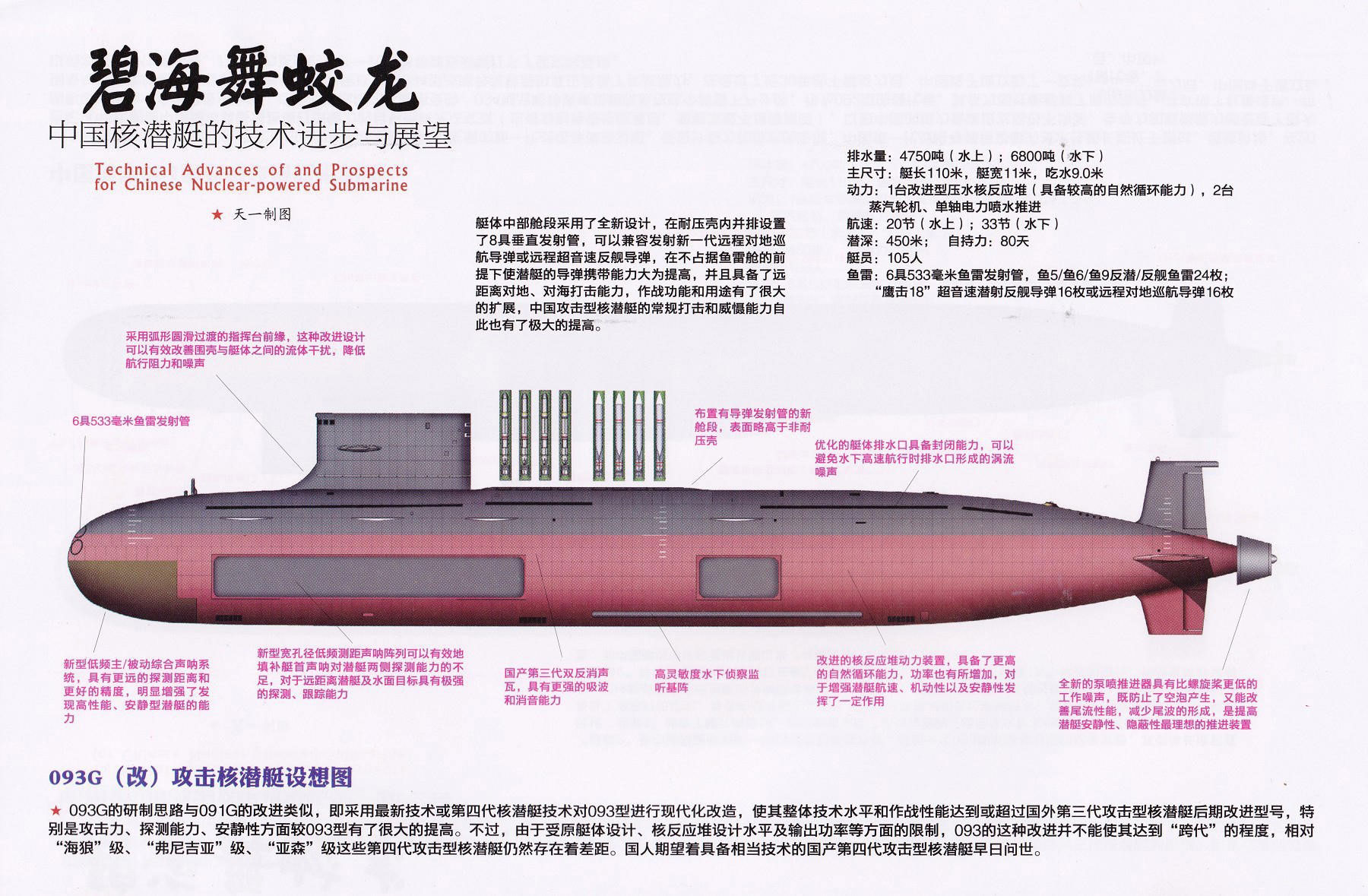 Meanwhile, China has been conducting military exercises near and around Taiwan, which were reported by Chinese state media late last week. China claims sovereignty over Taiwan, which is self-governed as the Republic of China, and regularly threatens to unify it with the Chinese mainland by force.

“Submarines are probably primarily important for surface warfare or blockade operations. Usually we talk about [blockades around Taiwan] because blockades don’t seem to be a huge part of China’s playbook in the South China Sea,” Mastro pointed out, although she didn’t rule out the possibility of China using submarines to ‘starve out’ other countries’ outposts in the South China Sea.

While China strives to conceal the activities of its submarine fleet, cracks occasionally show. Its subs have been periodically spotted in the East and South China Seas.

Japan’s Self Defense Force said it spotted a Chinese nuclear-powered attack submarine within 24 nautical miles of the Senkaku Islands in mid-June. The Senkaku Islands are administered and owned by Japan, yet claimed by China, and a frequent point of tension in the East China Sea.  And an advanced Chinese Type 094 nuclear-powered ballistic missile submarine accidentally surfaced near a Vietnamese fishing vessel in September 2019, according to Forbes, which covered photos and videos of the incident circulating on social media.

Mastro said that while the U.S. may be able to track Chinese submarines, other countries in Southeast Asia cannot do so on their own.

There are indications that China is taking other steps to enhance the ability of its submarines to operate with stealth in the South China Sea. In June, China laid down undersea cables between its occupied features in the Paracel Islands, a string of rocks and atolls in the northern half of the South China Sea, likely as part of an undersea monitoring network that would detect any other vessels tailing their submarines.

Some of China’s research and survey vessels, particularly those associated with the Chinese Academy of Science’s Institute for Acoustics, are suspected of mapping the topography of the ocean floor to find safe routes for Chinese subs as they travel to nearby areas like the Western Pacific or the Indian Ocean. This concern was part of the reason India expelled a Chinese survey ship, the Shi Yan-1, from its waters in December 2019.

China’s hydrographic surveys continue unabated – just last week the Dong Fang Hong 3 survey vessel was operating south of the Paracels, and passed through Vietnamese waters on Aug. 15. China’s government operates the largest fleet of survey and research vessels out of any other country in the world.