Nearly two months after the “murder hornet” invaded Washington, state officials have managed to capture one of the massive insects in a trap for the very first time.

Scientists have been working to capture the invasive Asian Hornets, which measure more than two inches long, in a bid to prevent a full-on infestation.

The Washington State Department of Agriculture on Friday revealed it successfully captured its first giant hornet in a bottle trap on July 13, near Birch Bay in Whatcom County. The insect was confirmed to be part of the invasive species just more than two weeks later, on July 29. 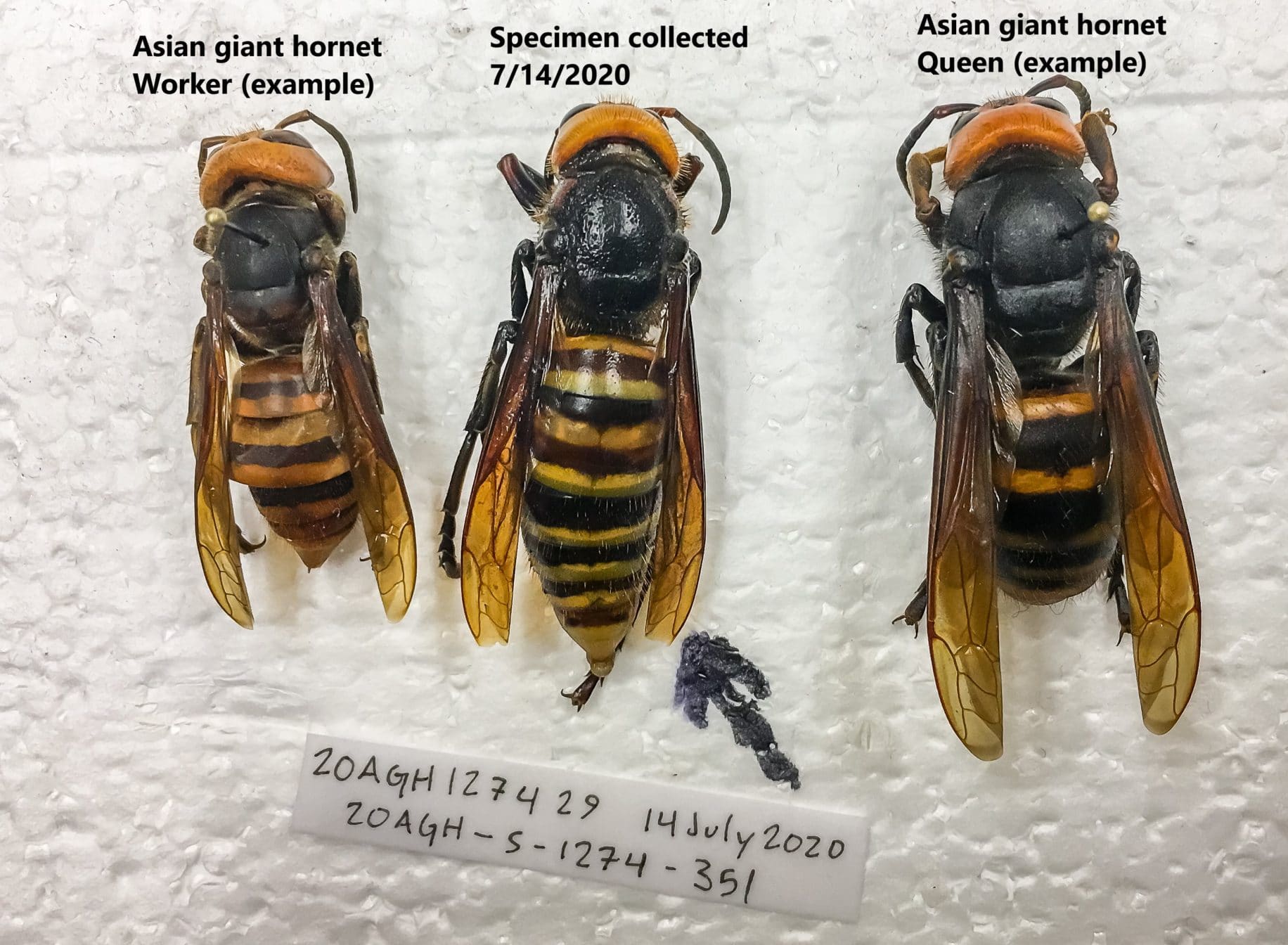 “This is encouraging because it means we know that the traps work,” Sven Spichiger, managing entomologist for the department said. “But it also means we have work to do.”

The state Department of Agriculture said officials’ next steps include setting up additional traps and tracking down nests using infrared cameras. They are hoping to destroy enough nests before mid-September, when mating season begins.

“Until that time, the colony will only contain the queen and worker Asian giant hornets,” the WSDA press release reads. “Destroying the nest before new queens emerge and mate will prevent the spread of this invasive pest.”

Should they successfully capture another giant hornet, officials plan to tag and track it with the hopes of finding the entire colony.

“If it becomes established, this hornet will have negative impacts on the environment, economy, and public health of Washington State,” the department added.

According to a recent environmental assessment, the predatory insects, which typically nest in pre-existing ground burrows or decayed trunks, could displace small mammals who live in similar spots.

Should they continue to repopulate, scientists worry the hornets could also decimate the honey bee population in the region.

The hornets, nicknamed from their propensity to attack and kill honeybees, regularly decapitate the adult bugs and eat the larvae and pupae.