A traffic stop on a North County freeway this week resulted in a quite of cache of cash: nearly $1 million.

U.S. Border Patrol agents found the treasure, wrapped in 65 bundles and stuffed in the gas tank of an SUV.

About 10:30 a.m. Wednesday, agents pulled over a “suspicious” Volkswagen Touareg, which was south on Interstate 15 in Escondido, the agency said in a news release. Authorities did not say specifically why the SUV caught the agents’ eyes.

They pulled over the Touareg and an agency dog sniffed around then got a hit on the vehicle. Agents questioned the driver, a 26-year-old Mexican man, and a search of the SUV turned up the money. 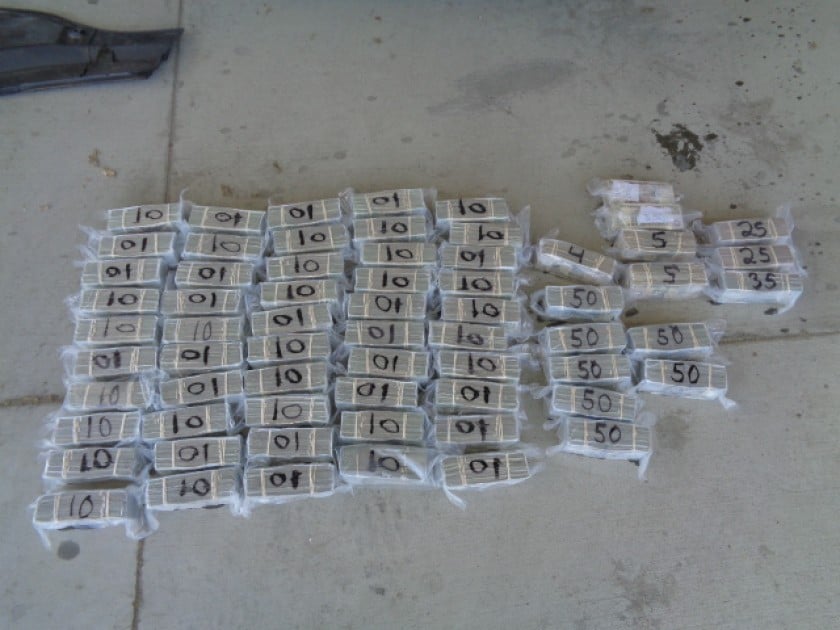 U.S. Border Patrol agents found $967,460 wrapped in bundles and stuffed in the gas tank of an SUV that had been headed south on Interstate 15 in Escondido on Aug. 5, 2020.(U.S. Border Patrol, San Diego Sector)

The driver was arrested and turned over to Homeland Security, the agency said. Border Patrol agents seized the vehicle and the cash.